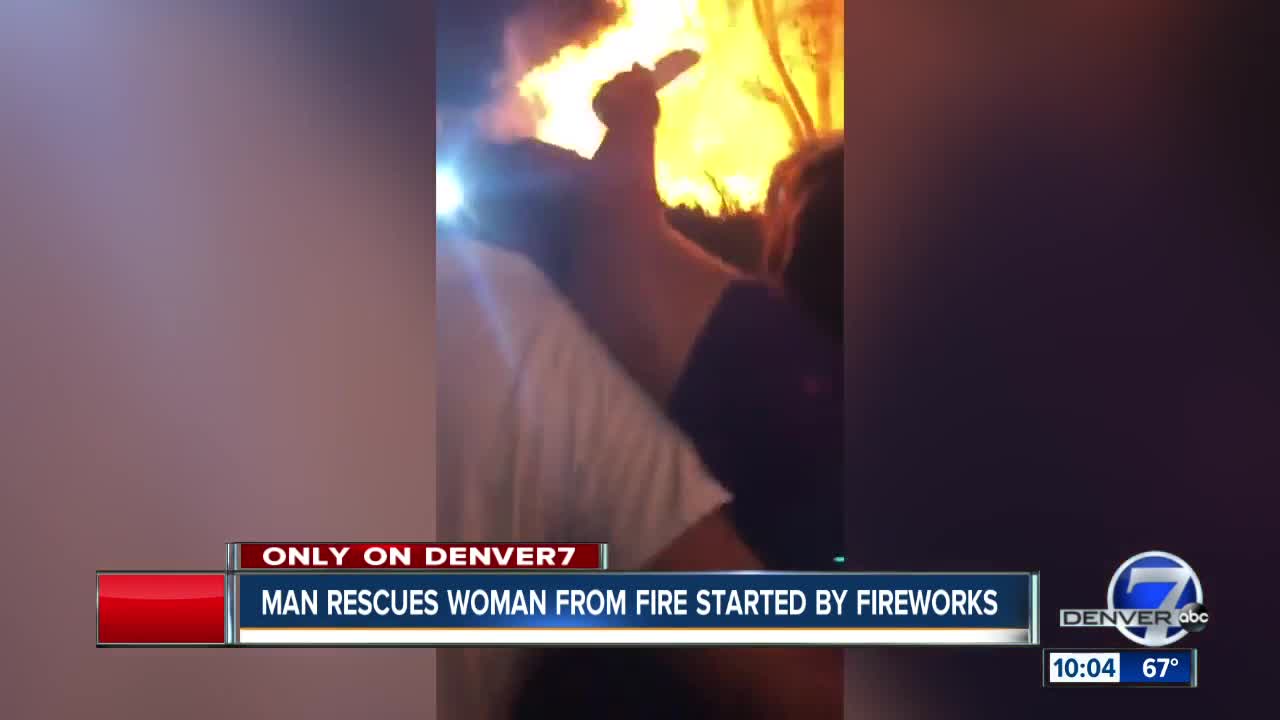 Denver Fire is investigating a fire in a Montbello home that was reportedly sparked by fireworks Wednesday night. 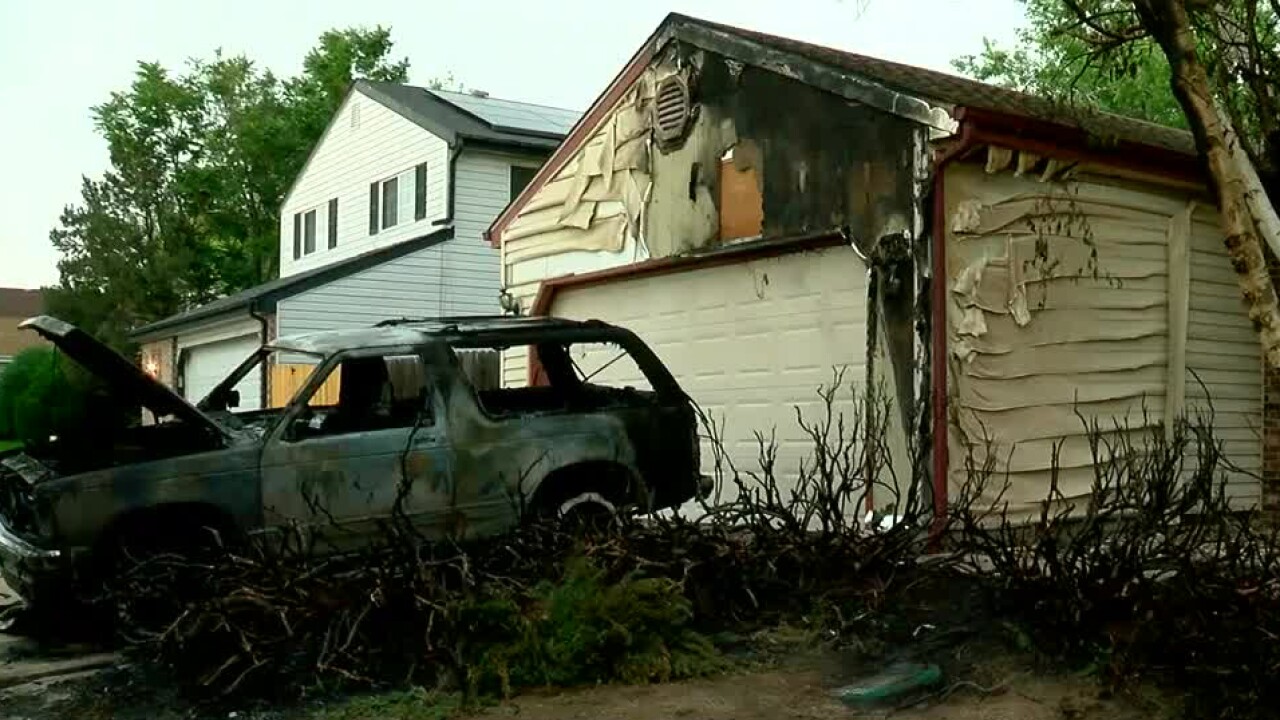 DENVER – Denver Fire is investigating a fire in a Montbello home that was reportedly sparked by fireworks Wednesday night.

Dramatic dash cam and cell phone video captured the moment a bush caught fire, spreading to a car and a house on Atchison Way.

William Birkett was shooting the video after he saw the firework shoot into the bush, and pulled over to help.

"I tried my best to put it out with the water bottles that I had in my car. The neighbor was using his garden hose," said Birkett, who said the fire quickly grew out of control, and that’s when they heard a woman screaming. “Myself and two other men, we just started running towards the house. And the two men pulled her out while I held back the bushes and I ran back inside to make sure no one was inside.”

Within minutes, firefighters arrived and saved the house, but serious damage was done to the car in the driveway and the siding on the house.

Friends said the woman rescued is okay and is staying with family, but illegal fireworks are a nightly threat in the neighborhood.

"It sounds like a bomb, a war zone or something, and you don't know if it's going to hit a tree or a roof,” said Della Swanson, who lives across the street. “So, all of us are in danger. "

That’s why Birkett said he shot the video – to show others their careless celebration could put lives in danger.

"I just saw something that I felt needed to be shared with everybody, especially since it was caused by fireworks," he said.