‘Giving Machines’ come to Denver for the holiday season 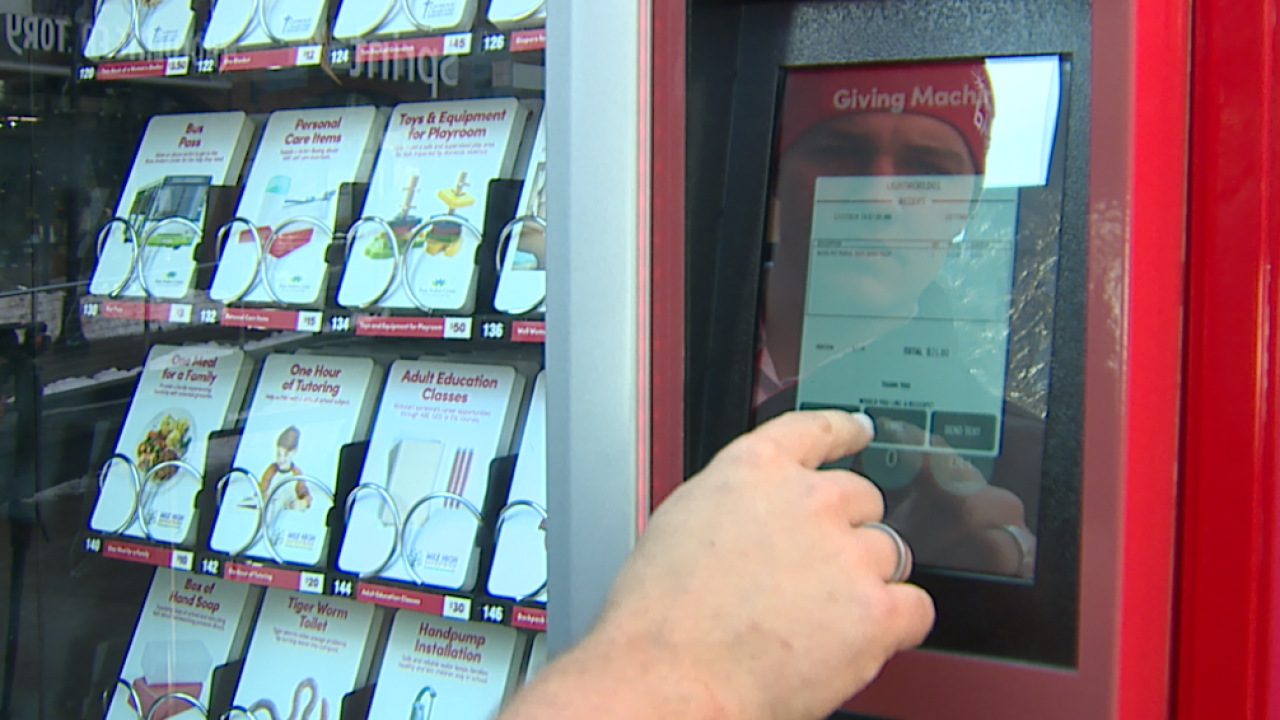 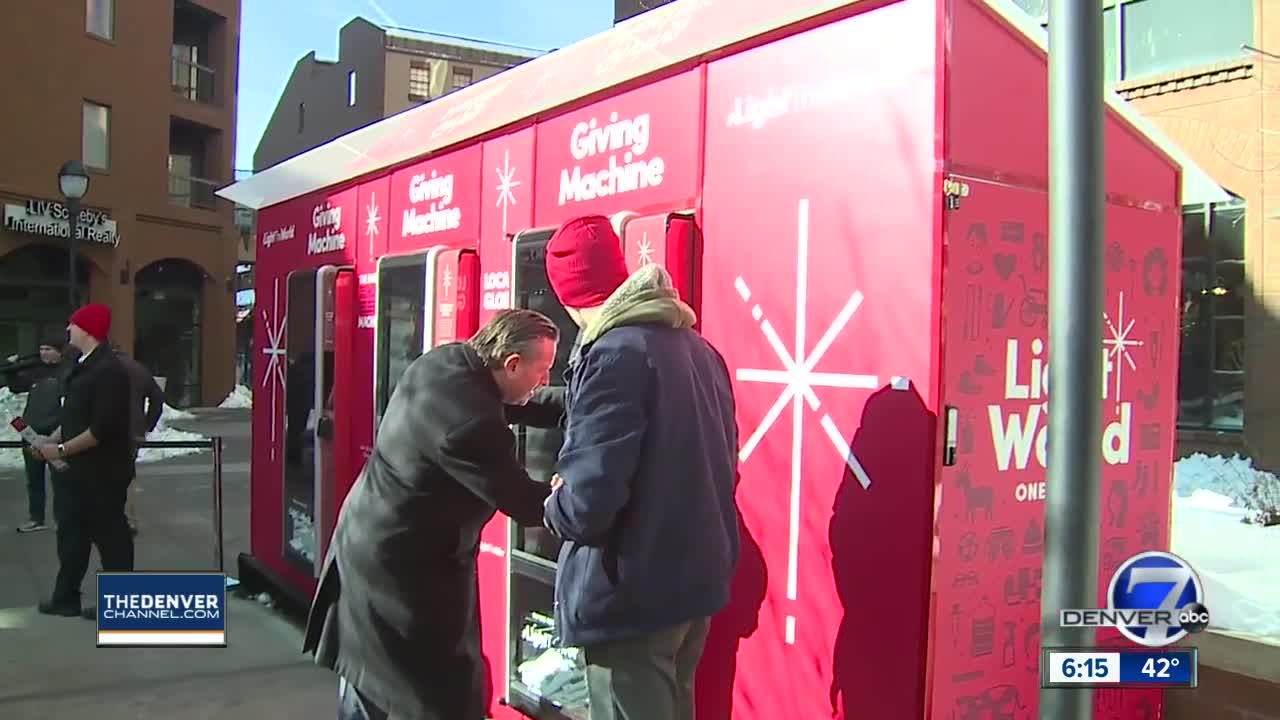 DENVER — If you’re looking to give back this holiday season, one of the possibilities to do so now sits at the corner of 16th and Lawrence downtown — they're called Giving Machines.

By appearance, they look just like a vending machines: A pay station, clear glass window, and a variety of items held by small metal curls. The biggest difference is that instead of receiving something, you give something. The items inside that you purchase actually go to charities to help those in need.

“I can just push a button and donate and make sure people — local or global — are getting the help they need,” one purchaser who did not want to be identified for this story told Denver7.

The “items” inside can be purchased for a few dollars all the way to a few hundred dollars, and include a blanket for the homeless, three meals for the hungry, a bar of soap, ten days of groceries, three chickens, or more.

“To me that’s what the season of giving is all about. It’s not about generally giving money, it’s about meeting the individual needs of people in need today,” Denver Mayor Michael Hancock said.

According to GivingMachinesDenver.com, the machines are a “gift from the Church of Jesus Christ of Latter-day Saints,” and include the following nonprofits:

Two international charities:
Water for People – Supplying safe water and sanitation for 4 million people in 9 countries
CWS Global – Feeding the hungry and assisting the vulnerable around the world

Denver7 spoke to the executive director of the Rose Andom Center, which provides support services to domestic violence victims under one roof, including counseling, legal aid, medical assistance, and criminal justice work.

“We’ve been seeing an increasing number of victims coming to us for help and services, so funding from the Giving Machines will really allow us to keep up with that growing need,” Margaret Abrams said.

The Giving Machines will be in operation in Writer Square, near 16th and Lawrence in Denver, from 9 a.m. until 11 p.m. through New Year’s Day.