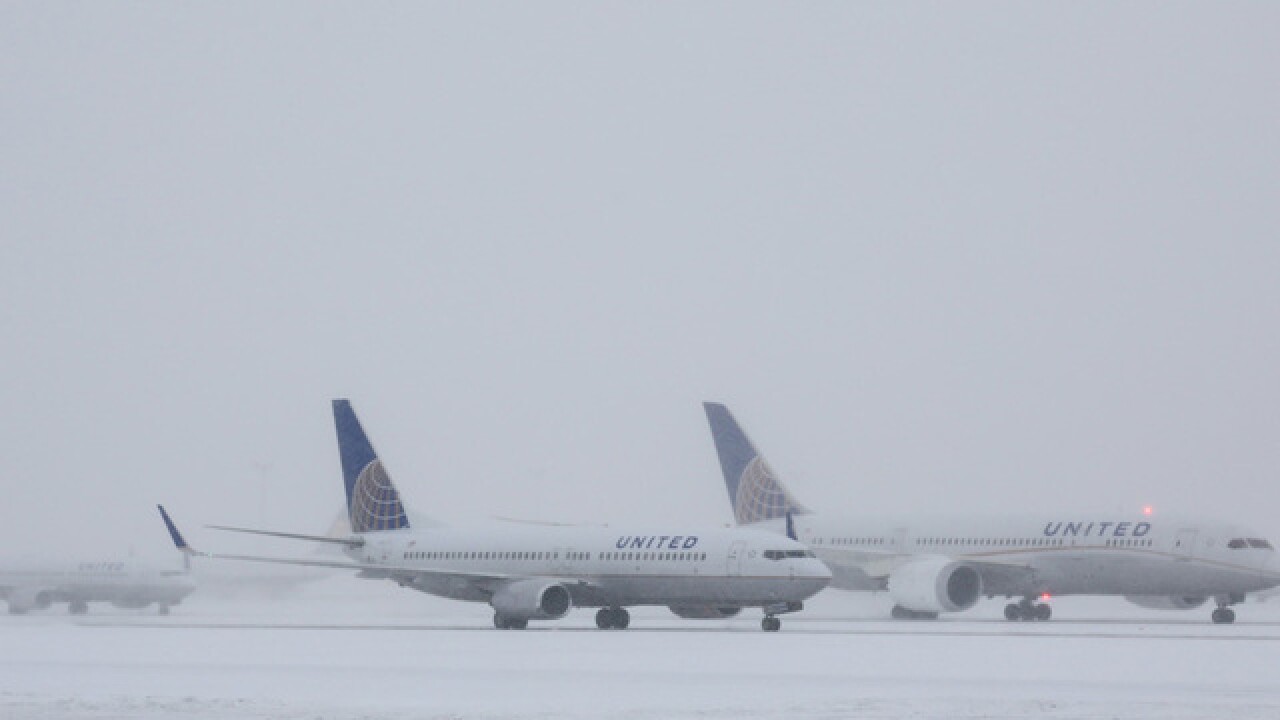 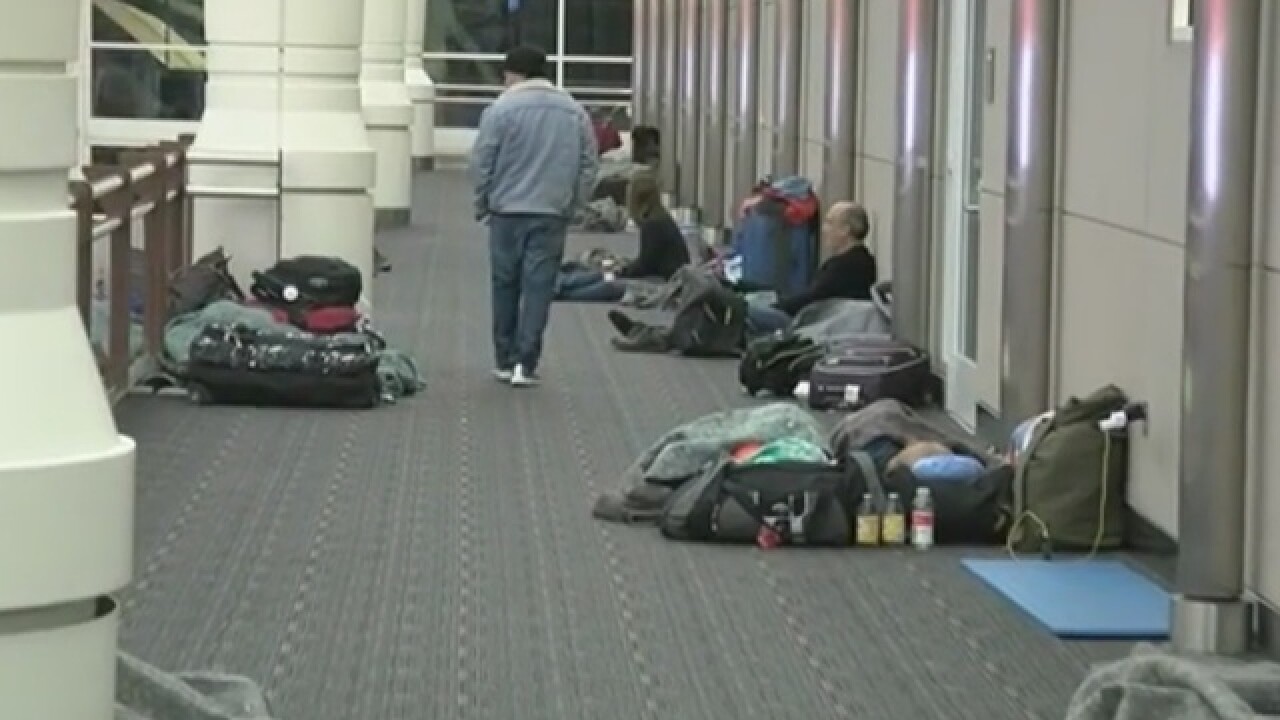 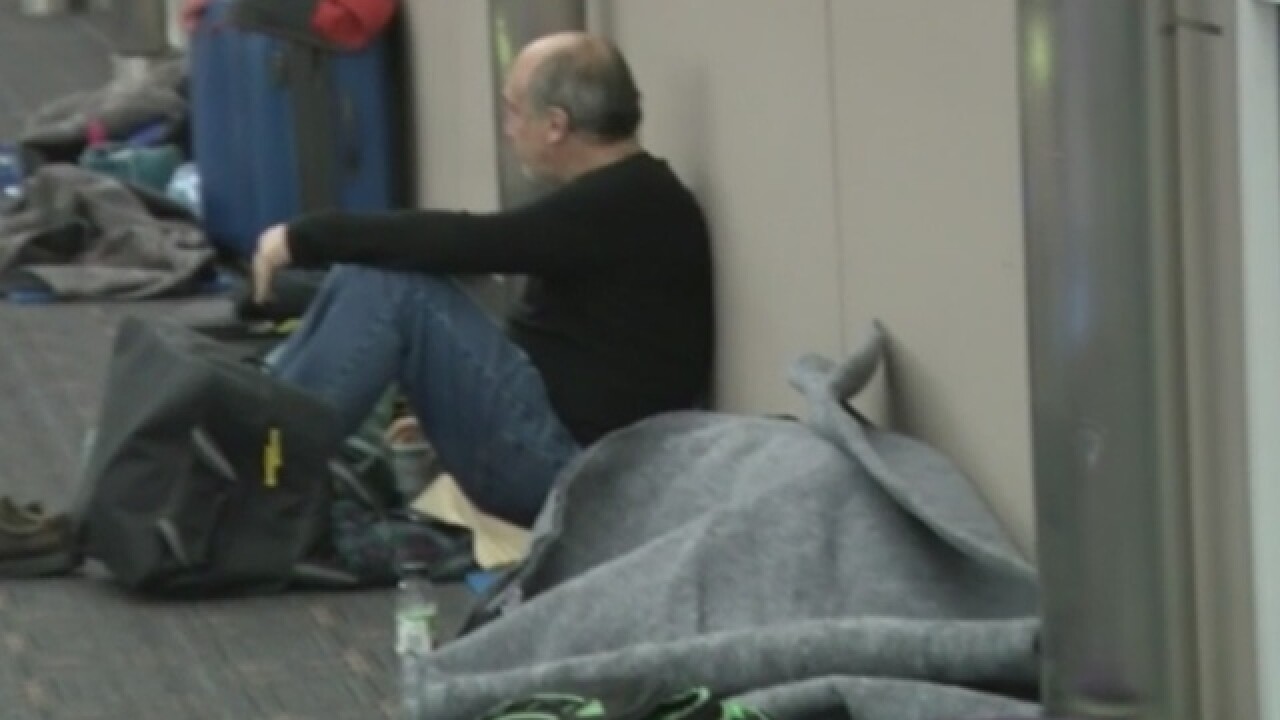 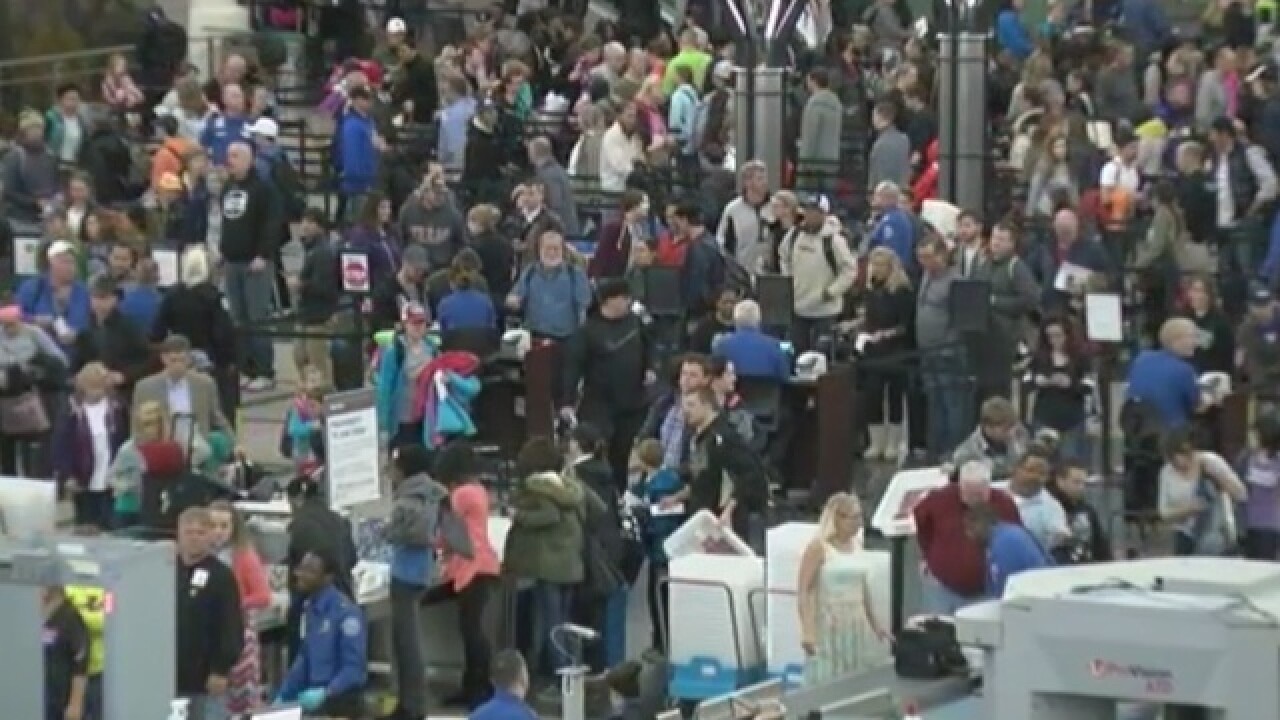 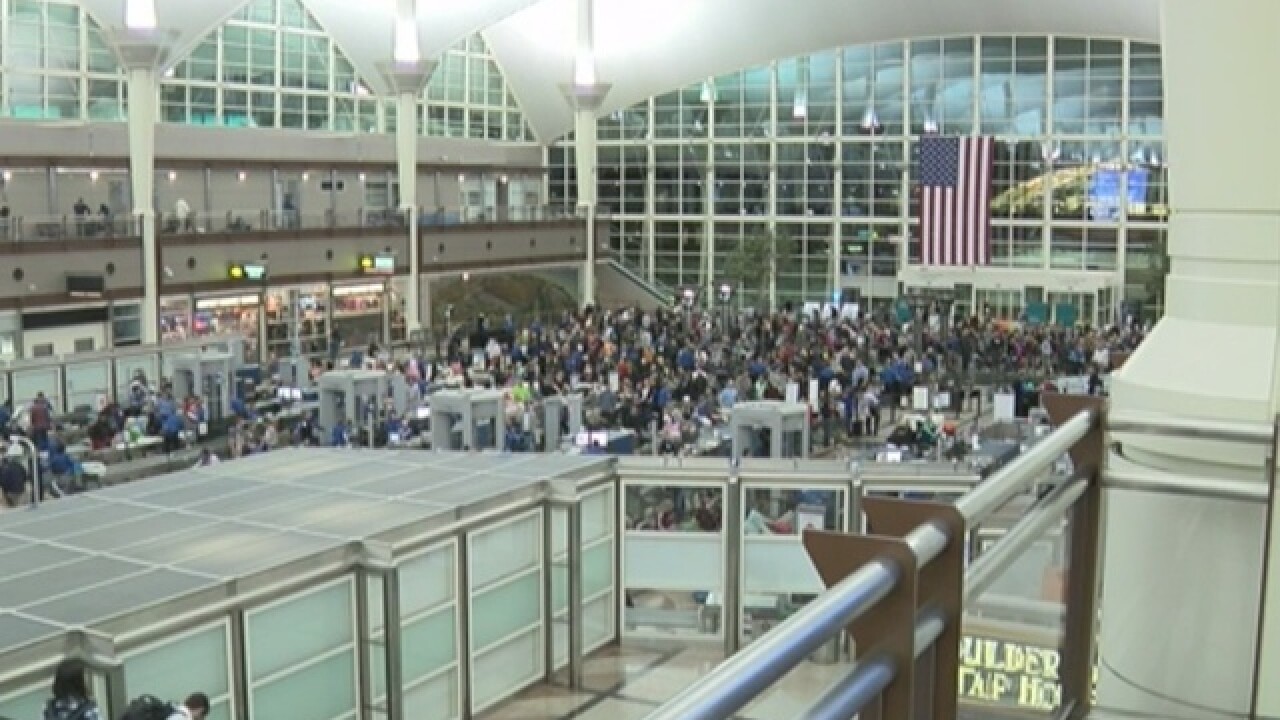 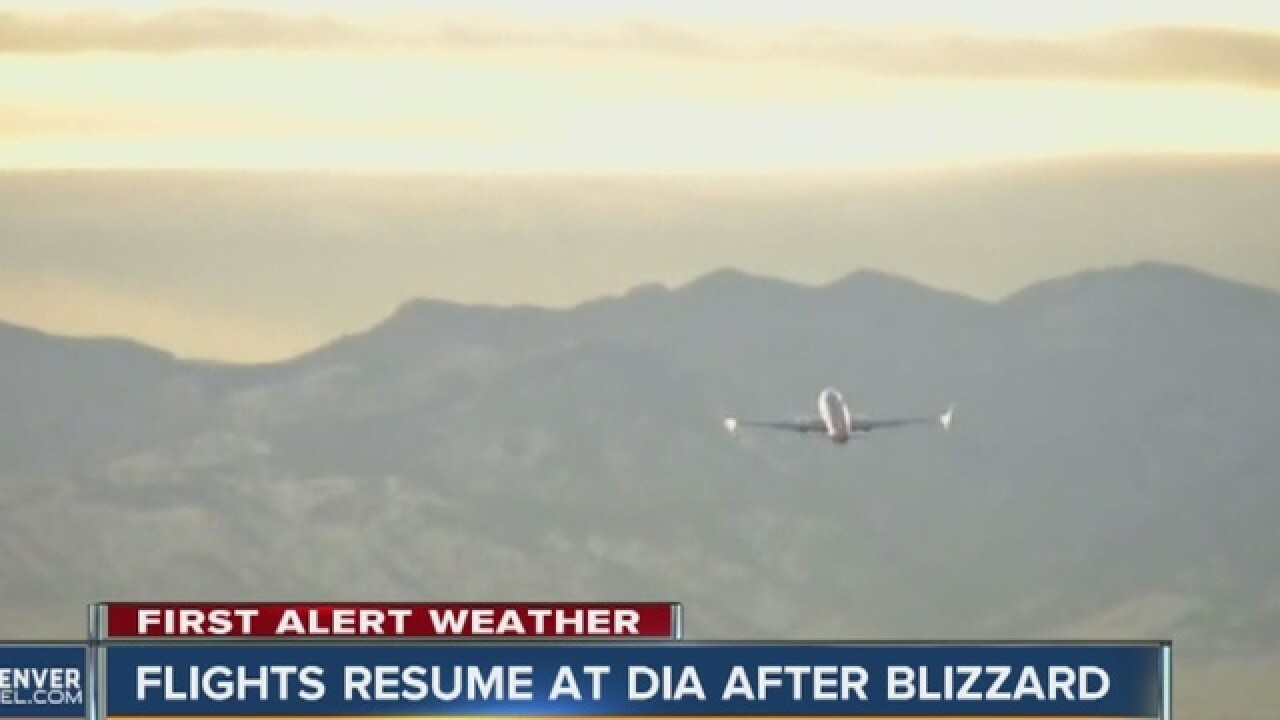 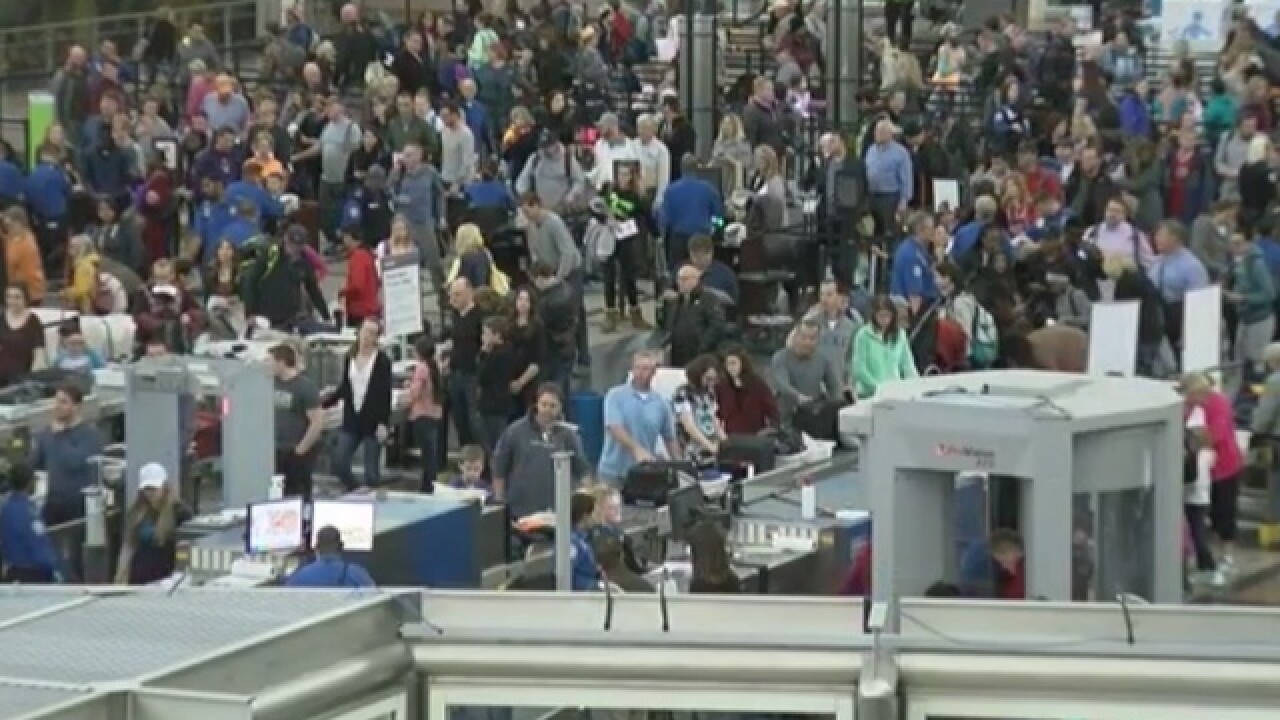 DIA resumed some flight operations at 7 p.m. Wednesday, about 7 hours after the airport shut down for the first time in a decade. Airlines canceled about 1,000 flights before that announcement.

DIA fully closes because of blizzard

Officials say the airport and all runways are fully operational Thursday. Two of DIA's six runways reopened last night, and crews worked overnight to ready the others. They're still clearing airport parking lots.

Many travelers had to sleep in the airport. Employees handed out blankets for customers to set up camp on the floor. Others went home and returned early in the morning.

DIA urges passengers to check their flight status before coming to the airport, and to arrive early for flights.

Anyone headed to the airport should be aware that Pena Boulevard is open but slick.

UPDATE: Denver International Airport (DIA) will reopen and resume flight operations at 7 p.m. this evening. However,...

The security line appeared to be full but moving on Thursday morning. The struggle for most travelers will be re-booking flights with airlines if they weren't yet able to do so.

One man told Denver7 he's attempting to get to Dublin and expects he'll spend thousands because of the delay.

Another woman told us she spent hours getting to DIA Thursday and by the time she reached the airport, it had shut down. She can't fly out until Friday.

Poor visibility wasn't the only reason for canceled flights Wednesday. The airport intermittently lost power throughout the day. Planes weren't able to refuel because the fuel hub lost power. The FAA wouldn't allow any flights to land until the planes already at the airport could refuel and leave.