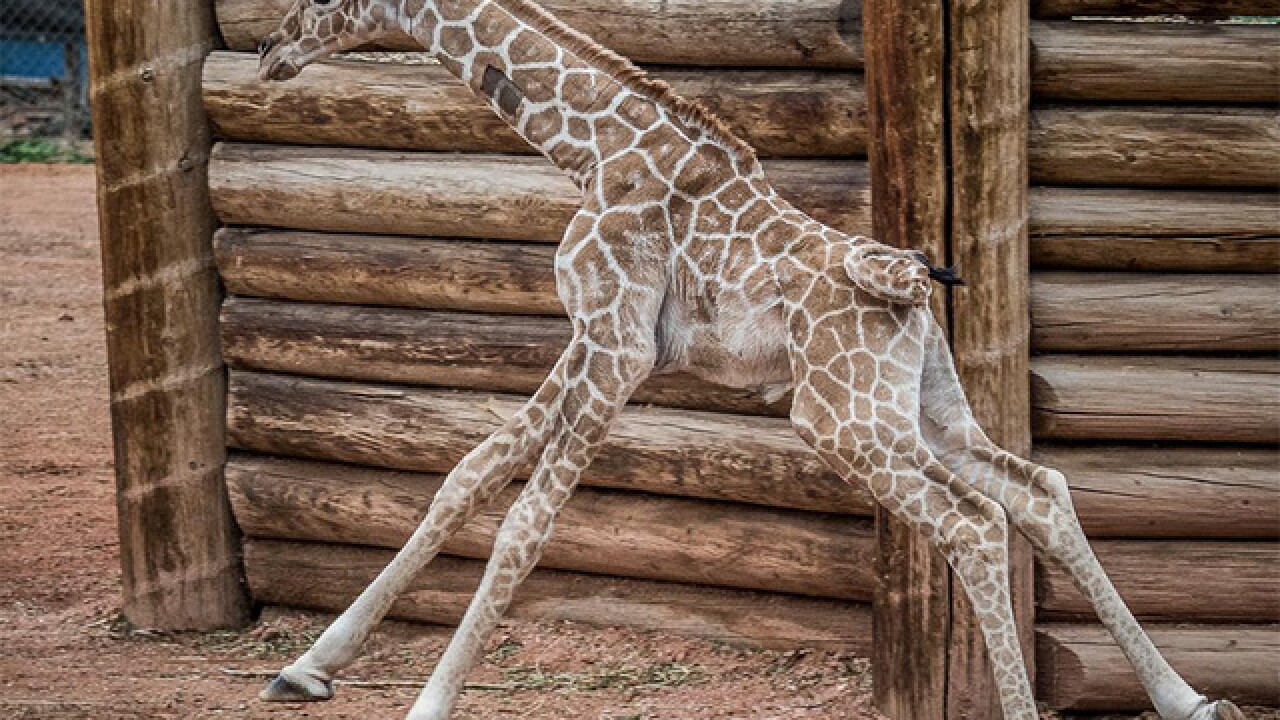 DENVER – Everyone’s favorite baby giraffe is doing better each day after a health scare at the beginning of the month caused concern for Denver Zoo officials.

Dobby has gained more than 32 pounds and is five inches taller, officials said. “His blood work has also returned to normal levels.”

The nearly month-old male reticulated giraffe was under the watchful eye of both Denver Zoo and Cheyenne Mountain Zoo officials after tests showed a lack of infection-fighting proteins in the calf just two days after being born.

Zoo staff said they didn’t know until recently that Kipele was pregnant, though they had their suspicions. Zookeepers were able to confirm the pregnancy via ultrasound and predicted a due date in late February or early March.

Kipele was born at the Denver Zoo in 1993 and is currently the zoo’s oldest giraffe. Dobby’s father, Dikembe, was born at Cheyenne Mountain Zoo in Colorado Springs in 1993 and moved to Denver in 1996

The Denver Zoo has been caring for giraffes since 1973 and since then, more than 70 giraffes have been born and raised at the zoo. Dobby is the zoo’s first birth since October 2010.

Dobby made his debut at the Zoo on March 5.