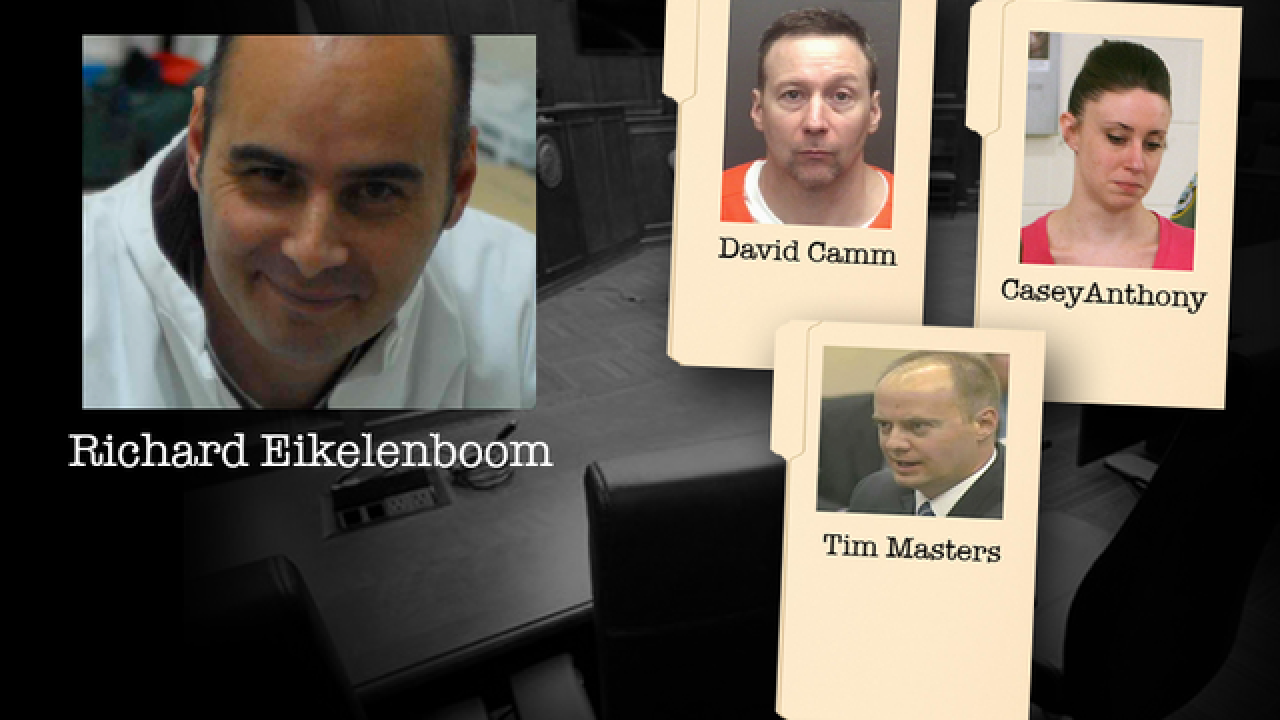 DENVER -- A forensic scientist who has claimed to be a DNA expert in trials in Colorado and across the United States was discredited this week in a Denver trial, according to the Denver District Attorney's Office.

However, Richard Eikelenboom disputes that claim.

"A Denver prosecutor got Eikelenboom to admit that he had no direct DNA extraction or analysis experience, that he operates a lab that has not been accredited, that he personally failed his basic proficiency texts in 2011 and 2012, and admitted that he was a 'self-trained' in running DNA profiles," the DA's office said.

"They're lying when they say I don’t do my own DNA work," Eikelenboom told Denver7.

He said being on the witness stand Monday was a "very hostile environment" and that the "lawyers were not able to explain it [his work]."

Eikelenboom said he's been accredited by the Dutch National Accreditation Council for years and Monday, he received accreditation by the American Society of Crime Lab Directors (ASCLD).

"I would not get that if I was not a solid scientist," Eikelenboom told Denver7.

"[That's] completely unfounded," Eikelenboom said. "What I think also went wrong, the lawyers we were working for were not well prepared. The District Attorney never let me finish my answer."

"I appreciate Judge Whitney recognizing that Mr. Eikelenboom’s opinions about DNA have no basis in science and that he was not qualified to testify as an expert," said Denver District Attorney Mitch Morrissey in a statement sent to Denver7.

"[This is a] weird system. As District Attorney, you can say all kinds of things about the expert," Eikelenboom told Denver7. "I don’t think the judge completely understood what happened."

Eikelenboom has been used as an expert witness in high-profile cases, including the trial of Casey Anthony, who was acquitted in 2011 of killing her 3-year-old daughter in Florida.

Eikelenboom testified in the trial of Indiana State Trooper David Camm, who was accused of killing his wife and two children. Camm was convicted twice, but the verdicts were overturned. In the third trial, Eikelenboom testified that he found someone else's DNA on the clothing of two victims and Camm was acquitted.

Eikelenboom's testing and testimony led to a Colorado man being exonerated in a murder case after spending years behind bars.

In 2008, Tim Masters walked away from the Larimer County Justice Center a free man after skin cell DNA tests found Masters did not kill Peggy Hettrick in 1987.

Her body was found in a field near Masters' home. He was convicted without any DNA evidence linking him to the crime.

"In Tim Masters case, I did all the DNA work myself," Eikelenboom told Denver7 Thursday.

"Skin cell investigations are still in their (infancy), it's not performed worldwide very often. People do it on an occasional basis," said Eikelenboom at the time.

He said skin cell DNA is often left behind in violent crimes like Hettrick's, where the victim is grabbed and dragged. He said the perpetrator's sweat cells can be found embedded in the victim's clothing.

Eikelenboom took credit for Masters getting out of prison.

"It's always very special when you get someone out, especially in this case, a life sentence," said Eikelenboom in 2008.

Eikelenboom's company's website says the lab's work in the Masters case led to the first Touch DNA exoneration in the United States.

Richard joined the company in 2005, he said.

It says he studied analytical chemistry and Polytechnic Biochemistry. It said he is studying for his PhD on touch DNA at the University of Denver.

In 2011, the Eikelenboom's built a lab in Jefferson County.