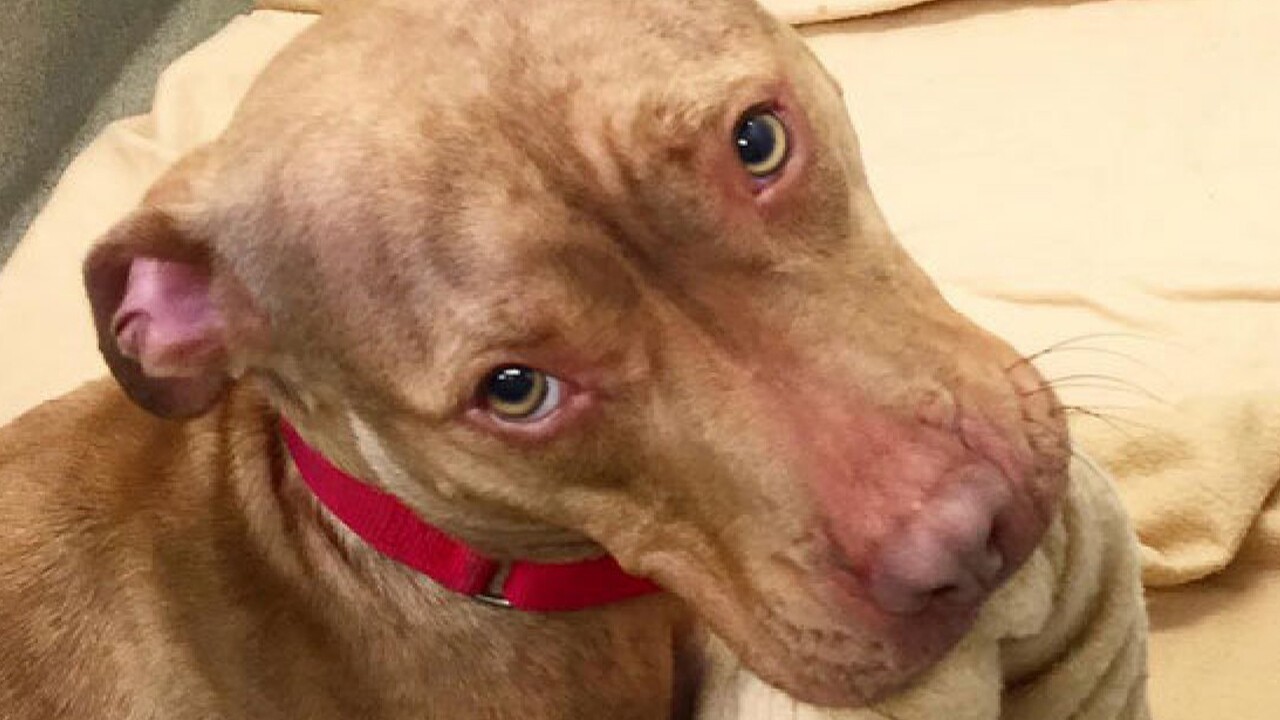 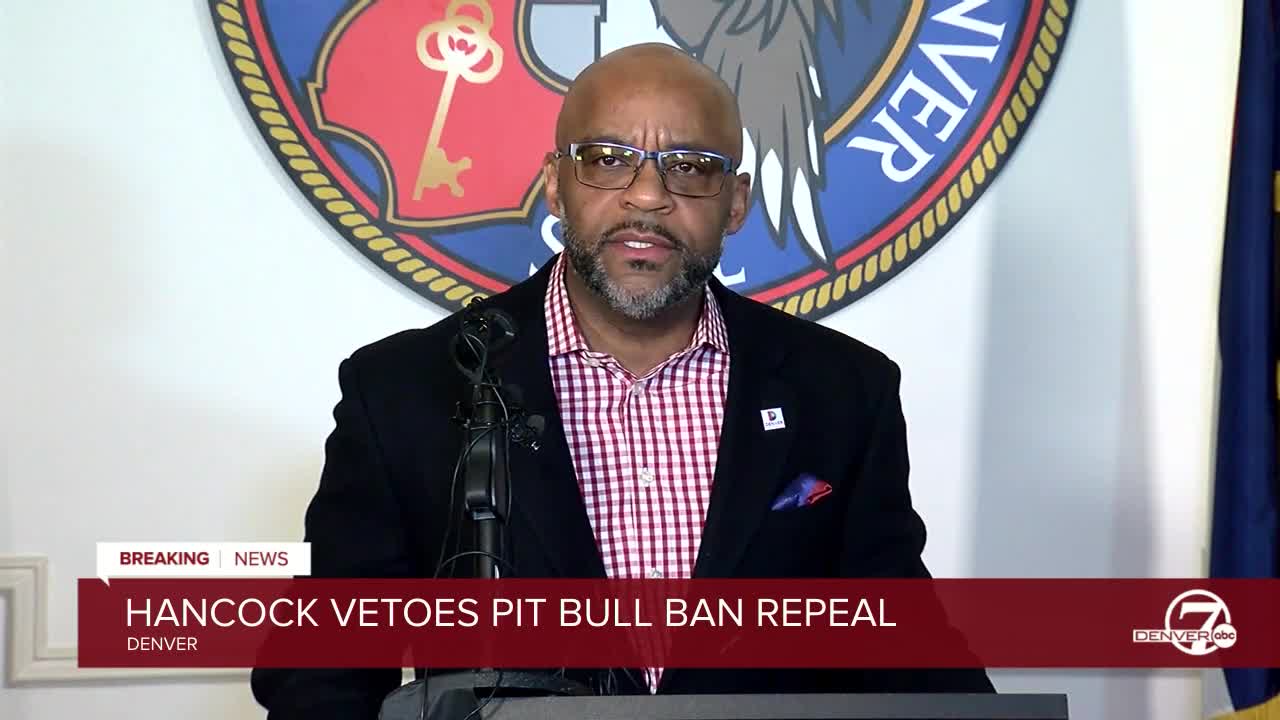 DENVER -- Despite thunderous applause when it was repealed by Denver City Council Monday night, a long-standing ban on pit bulls will remain in place within city limits after all.

In a letter addressed to city council Friday afternoon, Mayor Michael Hancock said he could not support the legislation as he does not believe the ordinance, "fully addresses the very real risk to severe injury that can result from attacks from these particular dog breeds, especially should they happen to a child."

In it, Hancock said he heard from experts in veterinary care, animal care and control, as well as from residents who have had experiences with pit bulls to gain a better understanding of what lifting the ban would mean for the community.

"After deep reflection and consideration, I find that I cannot, in good conscience, support this legislation and will exercise my authority as Mayor to veto it," he said in the statement.

The letter from Hancock also argued than less than 20% of all pets in Denver are currently licensed, which "raises significant questions about the effectiveness of this proposed new system," adding that additional efforts around responsible dog ownership and dog licensure and registration are needed before considering a repeal of the pit bull ban.

During a news conference, Hancock said the veto — his first in nine years in office — was a not an easy decision and one he did not take lightly.

"The fact that it's also Chris Herndon, someone who I have a tremendous amount of respect for, who did a lot of work on this... he did this right, he was transparent from day one on his interest in this, he worked hard on it – I know he did – that weighed on me as well, this was a very, very difficult decision and it was a tough call to make to him today," Hancock said.

The new ordinance, which would have repealed a 30-year-old ban on pit bulls, was introduced by Councilman Chris Herndon, who sought to modernize Denver's animal ordinance.

"I’m disappointed the mayor is choosing to disregard the science on the issue of breed-specific legislation," Herndon said in a statement after learning of the mayor's decision. "Research tells us breed-specific legislation is ineffective at keeping communities safe and experts in the field – from the local level to the national level – agree it is no longer best practice. I hope my colleagues on Council will support an evidence-based approach to our animal ordinance, rather than one steeped in fear and stereotypes. The community has demonstrated significant support for this proposal and should it not pass on Tuesday, I look forward to working on a measure for the November ballot.”

In a statement Friday, the Dumb Friends League said they were disappointed in the mayor's decision but thanked Herndon for his "courageous efforts to advocate for pit bulls in Denver."

Denver City Council voted 7-4 to repeal the ban enacted in 1989, replacing the law with what could be best described as a “probation” for pit bulls. The vote came after more than an hour of public hearing on the issue.

City Council would need nine votes to override the mayor’s veto, but it appears it does not have enough votes to do so.

Under the new ordinance, the owner would have had to register with Denver Animal Protection and get their dog a "breed-restricted" license. The owner would have also been required to provide the name and home address of the dog, plus two emergency contacts, an accurate description of the pit bull and proof that the animal was micro-chipped and had received an up-to-date rabies vaccination.

If the pit bull showed good behavior after three years, Denver Animal Protection would have removed the breed-restricted license and the dog would have been given the same license as any other dog within the city.

The cities of Lone Tree, Louisville and Commerce City have bans on pit bulls. The City of Aurora is discussing whether to change its law.