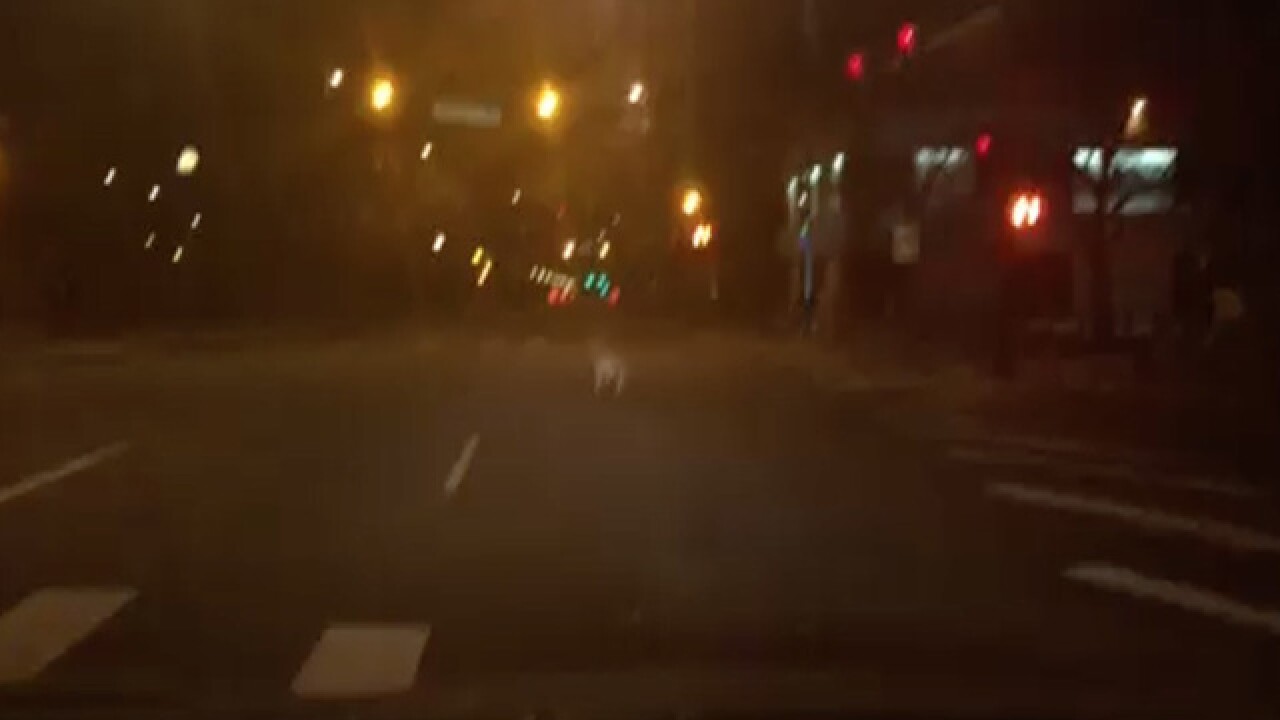 A typical drive to work turned a wild Thursday morning for a Denver7 staff member. (Forgive the pun.)

Digital producer Erin Powell spotted a coyote a few blocks away from the station, in the Capitol Hill area of Denver.

Just after 3 a.m., the coyote darted out from Cherry Creek and went onto the road. It continued down the middle of Speer Boulevard but eventually walked into a neighborhood near Speer and E. 4th Avenue. Erin slowly followed in her car but the coyote ran in and out of yards, where she eventually lost the animal.

Earlier this week, a group of Colorado State researchers told Denver7 they have just began a three-year study on coyotes. The Denver Coyote Project will focus on a recent rise in attacks on pets and some humans.

Driving to work & see coyote on Speer by @DenverChannel. Went thru neighborhood. Lost track of it in a yard #Denver pic.twitter.com/Z3EigBskXv

Our producer @erinepowell just saw coyote near Speer/4th in #Denver. She lost it after it ran into neighbors' yards pic.twitter.com/buEwKSVwPh