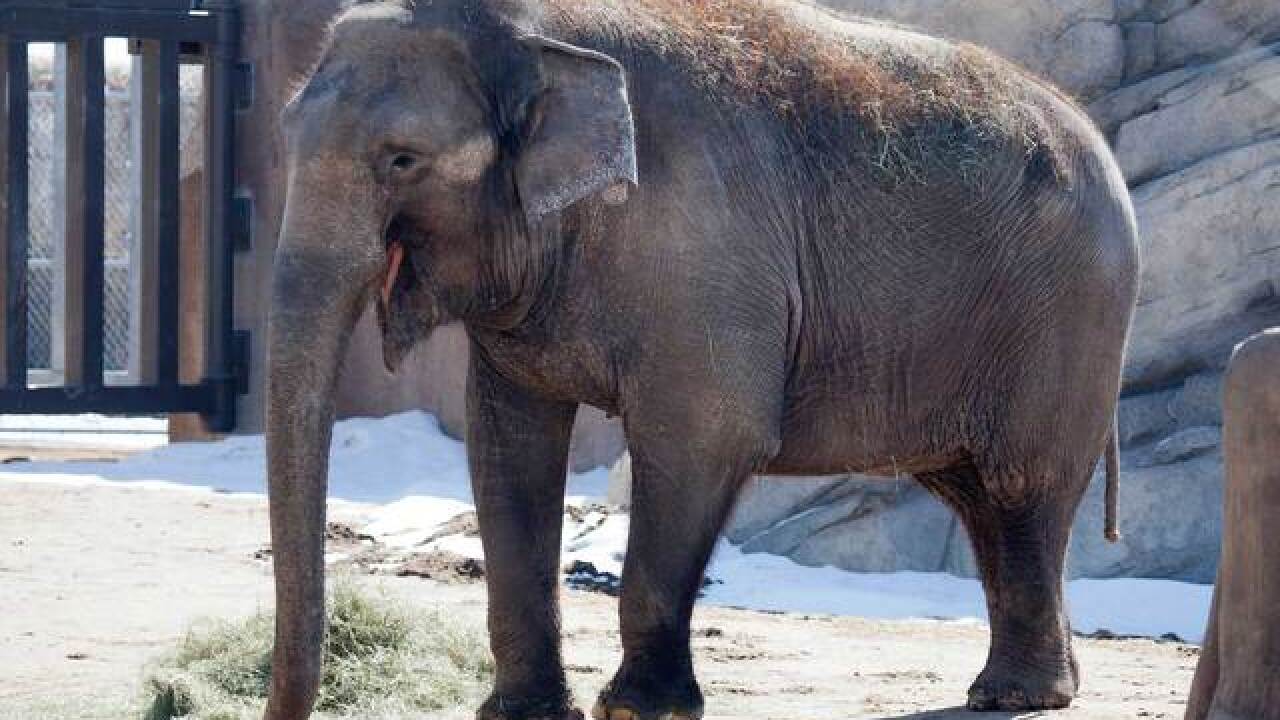 Dolly is being given Hospice-style care, officials said.

"Staff are closely monitoring Dolly as she is experiencing discomfort and has had a decrease in her appetite," Denver Zoo officials wrote on Facebook. "Zookeepers and veterinarians provide pain medication to keep her comfortable and to help maintain her quality of life."

Dolly is believed to be at least 52 years old. The zoo said the life expectancy for female Asian elephants in zoos is 46.9 years.

Dolly has lived at the Denver Zoo for at least 26 years.

Zoo records assume she was born in approximately 1964 in the wild.

The Zoo said Dale Leeds, the Curator of Toyota Elephant Passage, found some photos of an elephant known as Dolly who was at the Weed Park Zoo in Iowa from 1966 until it closed in 1980.

"By looking at some unique features of Dolly’s trunk, Dale feels confident that the Weed Park Zoo’s Dolly the elephant is the same Dolly that now lives at Denver Zoo," Zoo officials said.

The first official records of Dolly are from 1984. Back then she was traveling across the country with a private individual giving rides to the public, the zoo said.