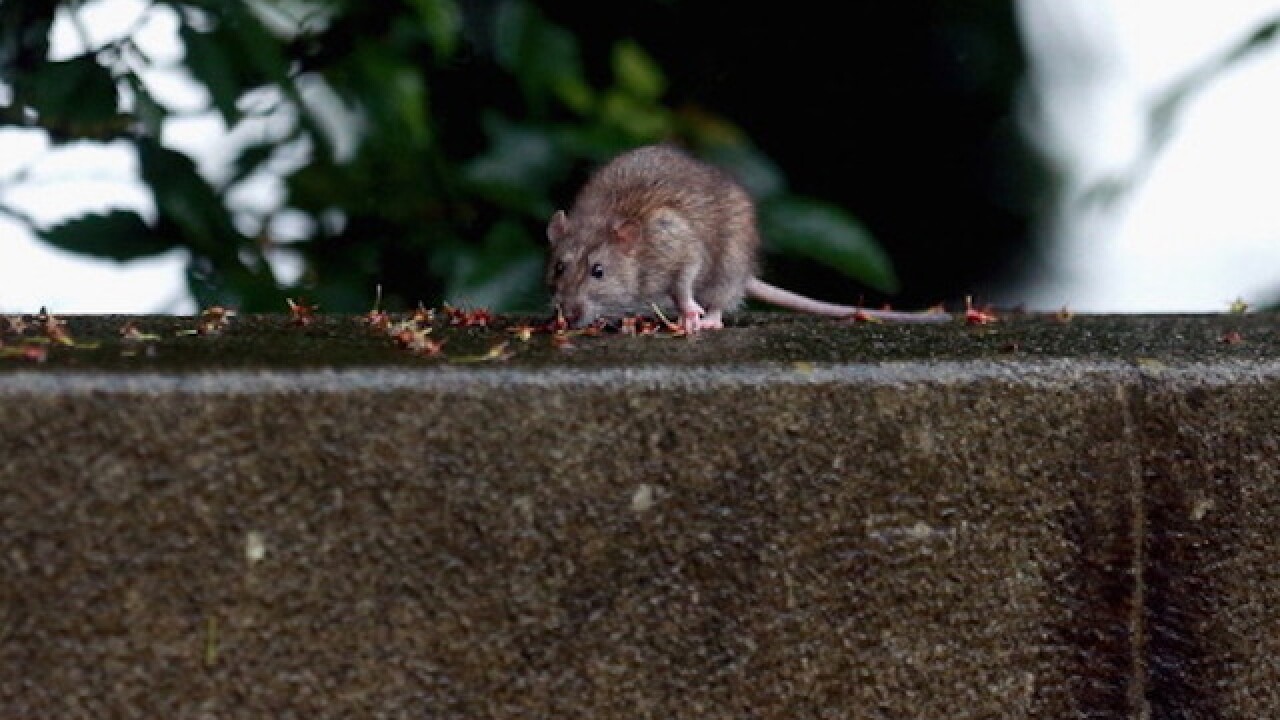 Image copyright 2017 Getty Images. All rights reserved. This material may not be published, broadcast, rewritten, or redistributed.
Johannes Simon
<p>PASSAU, GERMANY - JUNE 03: A rat is saving itself on a wall, fleeing the rising river Inn on June 3, 2013 in Passau, Germany. Heavy rains across portions of Germany are causing flooding and ruining crops. (Photo by Johannes Simon/Getty Images)</p> 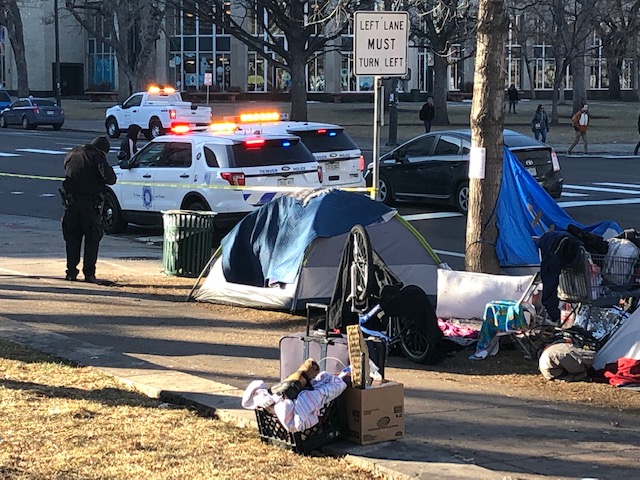 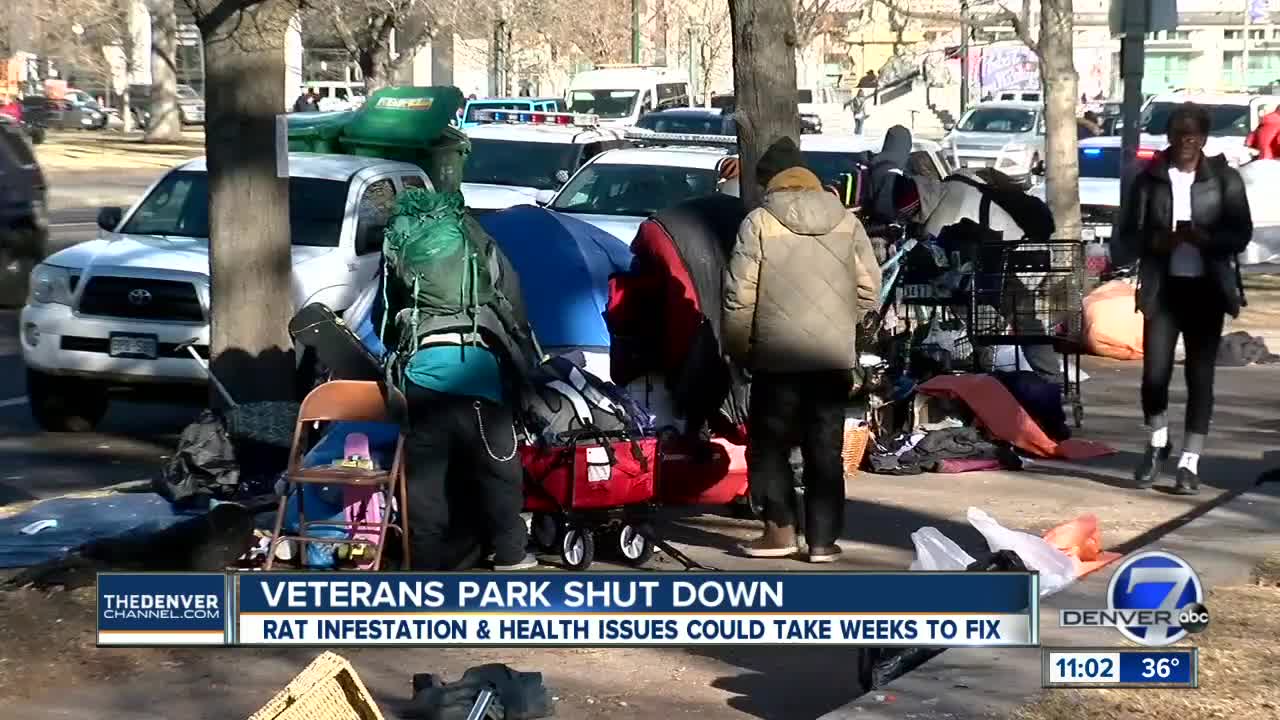 DENVER – Citing health concerns, the Denver Department of Public Health and Environment (DDPHE) closed Lincoln Memorial Park across from the State Capitol Wednesday, as the city tries to contain what it calls a “major rat infestation." The closure is expected to last several weeks and forced the removal of homeless individuals who had set up tents along the southern and western edges of the park.

On Wednesday morning, police posted signs near the park that read that the DDPHE discovered conditions “associated with rodent infestation, human waste, and trash accumulation.” Meanwhile, health department officials notified the people camped out in the park that it was closed due to the hazardous health conditions.

"We're seeing a preponderance of food waste in the park, and that's attracting rodents," said Ann Cecchine-Williams, DDPHE's interim communications director. "As you know, rats spread disease through their feces, their urine and through fleas. People are definitely at risk of getting sick if they stay in this park."

During the closure and clean-up process, officials offered help to those living in tents. Some took advantage of the services offered while others gathered their belongings and moved on.

Crews found and removed enough syringes to fill a large bucket, city officials said. Four people residing in the park were arrested, but police said they were taken into custody on unrelated warrants.

This isn’t the first time the DDPHE has responded to a rat infestation in the area. In September of 2018, city officials took steps to address an uptick in rat-related complaints at Civic Center Park that had been mounting for several months.

This is only the third time the city's Environmental Health Department has closed a park to deal with the issue.

"We're very judicious," Cecchine-Williams said. "We have to see conditions rise to a level where we are truly concerned about heath and safety in this park, and we've seen those conditions here."

The police department is putting up signs that read in part: the Department of Health and Environment discovered conditions “associated with rodent infestation, human waste, and trash accumulation.” #homelessness #Denver #Denver7 pic.twitter.com/1bNkfom733

The park, home of the State Veterans Memorial, sits between the state Capitol building and Civic Center Park.

City officials told Denver7 they would have public work employees on foot as well as street sweepers and dump trucks during the initial cleanup process.

Social workers will also be available to help those affected by the park's closure find resources, an official told Denver7.

One homeless woman, who didn't want to be identified, said packing up and moving is stressful.

"We're just trying to make it through whatever would be another freezing night, and not get arrested for it," she said. "We don't really want our city to look like this, but then again, we usually have to hide."

The homeless woman said she'd like to see the city identify a safe place where they could set up their tents and legally sleep.

J.J. Wood told Denver7 he's been homeless for five years, "because of life choices like drugs and family issues."

"They lifted the ban, and we thought we had a place we could call home without being runoff," he said. "Today shows different."

Wood said he's been to shelters but feels antagonized inside them.

The homeless woman said there are bedbugs in the shelters and "people steal your stuff."

They both said there's got to be some kind of compromise between homeless people and the city.

The park's closure comes on the heels of the city attorney announcing police will likely resume enforcement of the camping ban this week. The announcement was made just two weeks after a county judge ruled Denver's camping ban unconstitutional, determining it to be cruel and unusual punishment against the homeless.

The ruling, however, did not overturn or prohibit enforcement of the ban, which was enacted into law by the Denver City Council in 2012.

A DDPHE official told Denver7 Tuesday one case of hepatitis A had been confirmed since the judge ruled the ban unconstitutional. Out of 91 cases reported in Denver so far, 70 were connected with people who are experiencing homelessness.

Last week, Denver's Department of Transportation and Infrastructure conducted a large-scale cleanup of homeless camps in the 2200 block of Stout and the 600 block of 24th Street. The city cited concerns with items in the right-of-way, in addition to deteriorating public health and safety conditions.