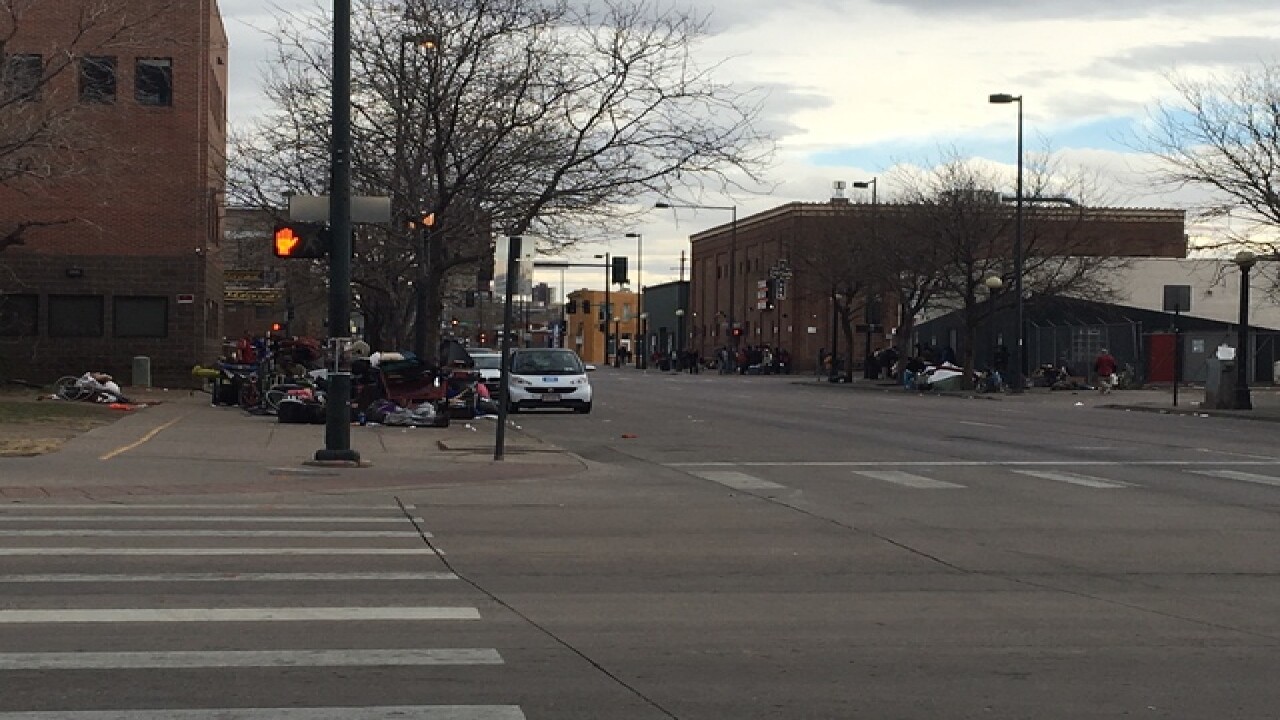 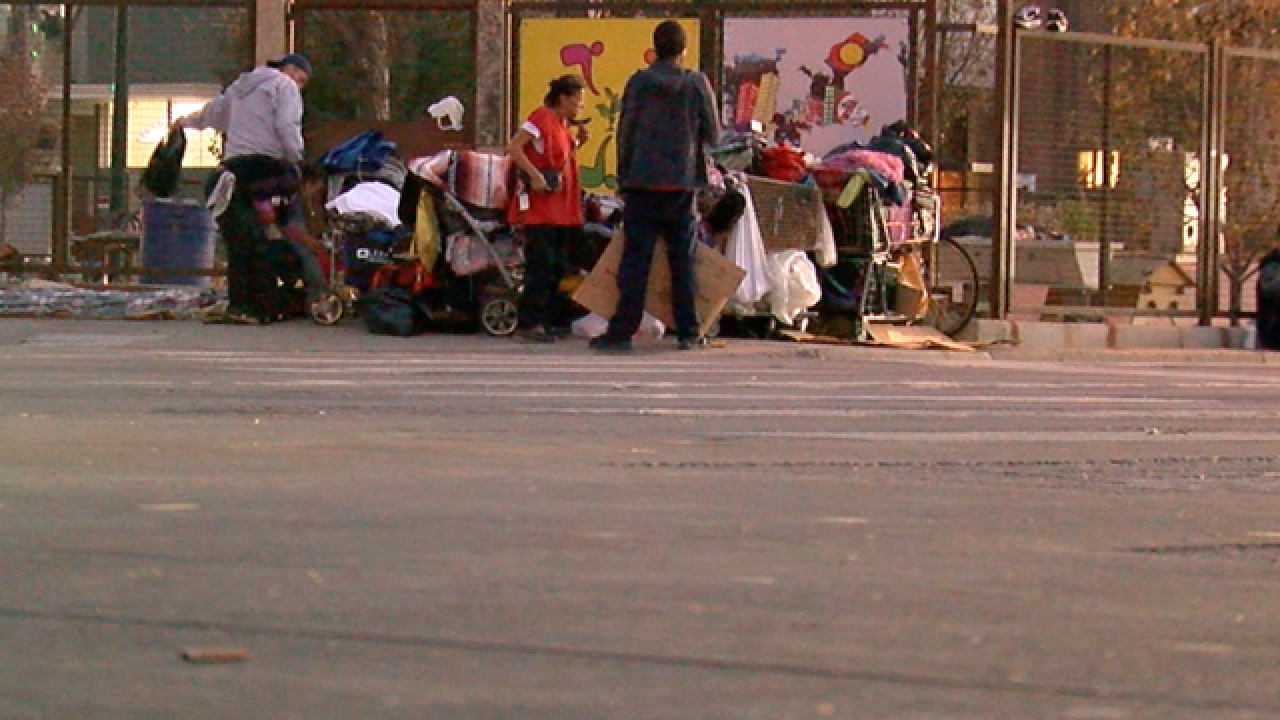 Police initially handed out flyers Tuesday morning warning people living on the sidewalks that Denver Public Works would be enforcing the code that orders the removal of all items of property encumbering any public sidewalks or other public property in the area.

Same notification they've been posting and handing out ahead of today's sweep. Shelter options listed on back. #Denver7 pic.twitter.com/x386cVoeLQ

The homeless were previously notified that the sweep would take place Tuesday. Some packed up and moved, but others said they planned to stay and protest the sweep.

The camp of sleeping bags, carts, and trash had been growing on and along the sidewalks at Lawrence Street and Park Avenue West. A large encampment there was removed in March.

.@DenverPolice just arrived at Lawrence St. where they will be conducting sweeps of homeless camps. @DenverChannel pic.twitter.com/d1nKZPsBzX

People who are living on the sidewalks said they have nowhere else to go.

The city said it's a public health threat for the homeless and those who live and work nearby.

The homeless camps are considered illegal under the city’s “urban camping” ban, which became law in 2012.