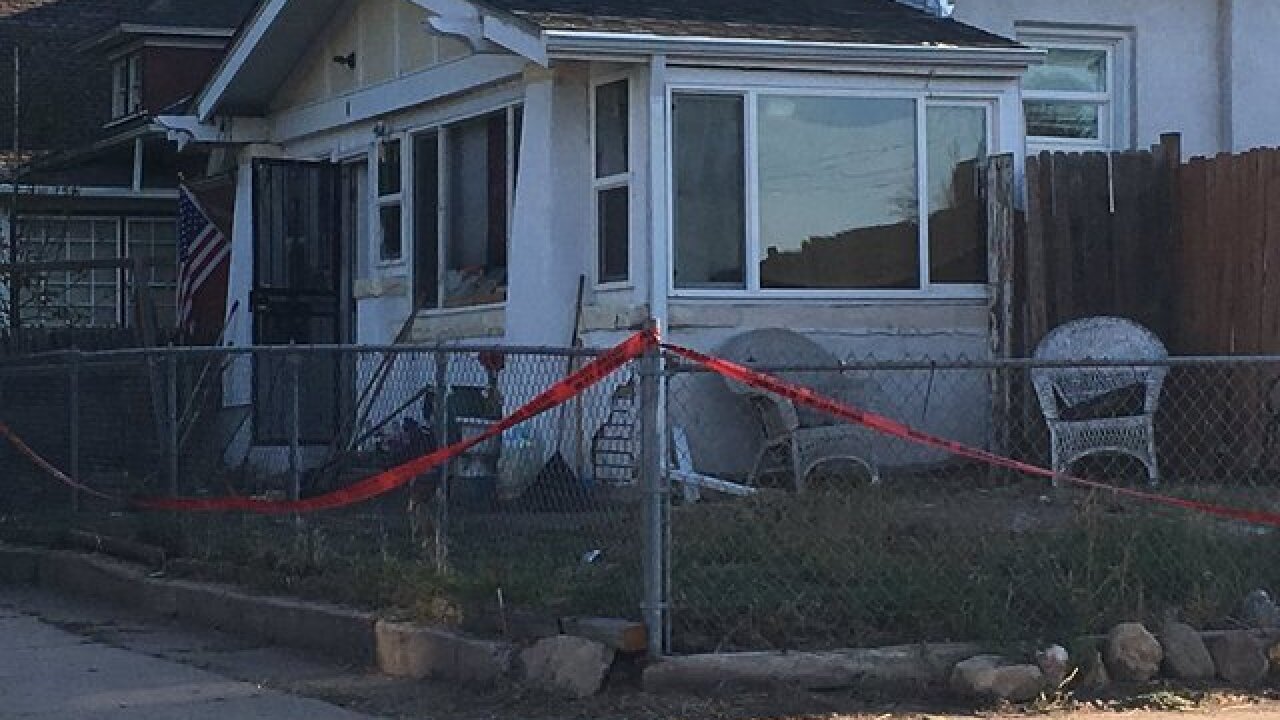 DENVER -- Denver police said the man shot and killed by officers on Saturday came at them with a hunting knife.

Officers were called to a home on North Fox Street and West Ellsworth Avenue shortly before 3 a.m. on Saturday.

When officers arrived, the woman who called police said she would have the man come outside.

"[The] male came to the door, saw the officers, turned around and ran back inside," said Barb Archer, the Denver Police Department's Major Crimes Division Commander. "As he ran into the house, the officers followed him to the second floor. Officers ran up some very steep and narrow stairs."

Archer said the second floor was a converted attic space that was cramped with a very steep, pitched roof.

Officers said they heard a woman screaming in the attic so they kicked open the door and found a man armed with a large knife, with an approximately a six-inch blade.

Archer said the officers tried to get the man to drop the knife, they also fired a Taser at him, but the man kept advancing toward the officers.

When the suspect got within six feet of the officers, Archer said they shot him.

The suspect, Terry Salazar, was taken to the hospital, but he did not survive.

The two officers who were involved in the shooting have been placed on administrative leave, which is standard policy. This is the ninth officer-involved shooting involving Denver Police officers this year.

A second man at the house was also taken to the hospital with a stab wound. He told officers the suspect stabbed him. His injuries are not life-threatening, police said.

Another man climbed out of the attic and on to the roof during the situation. He was arrested on several warrants, police said.