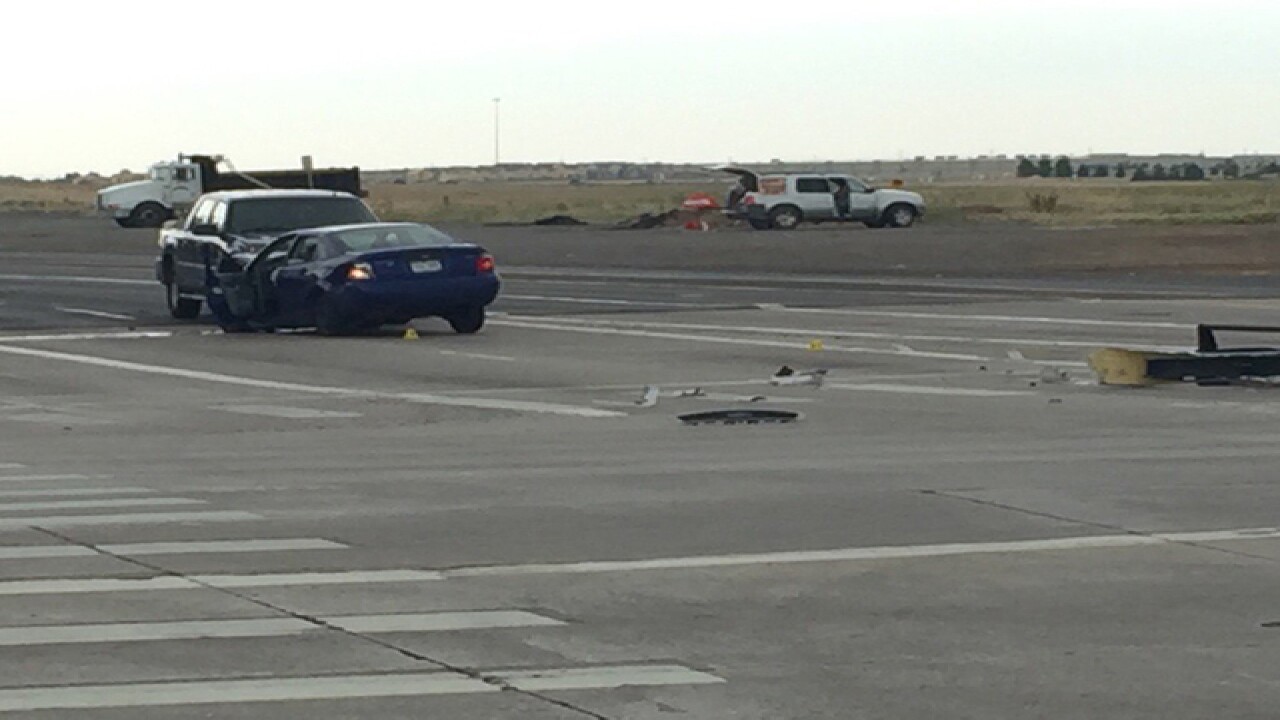 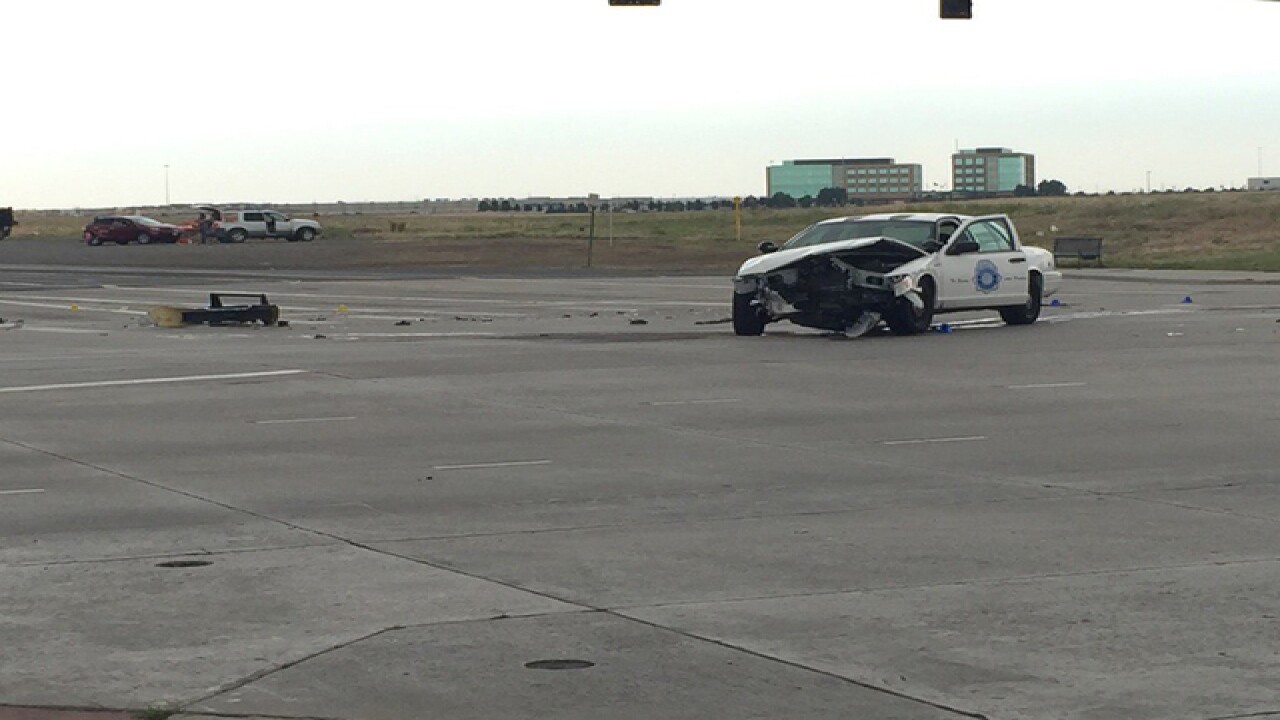 The crash was reported at around 4:30 p.m. in the area of Green Valley Ranch and Chambers Road.

The officer involved in the crash was responding to a hit-and-run about 2 to 3 miles east of this location, when he was involved in the 3-vehicle crash, according to DPD Technician Tyrone Campbell. The officer was taken to the hospital as a precaution. Two other people were also taken from the crash scene.

The circumstances leading to the crash are not known at this time. A DPD official said the injuries from the crash were non-life threatening.