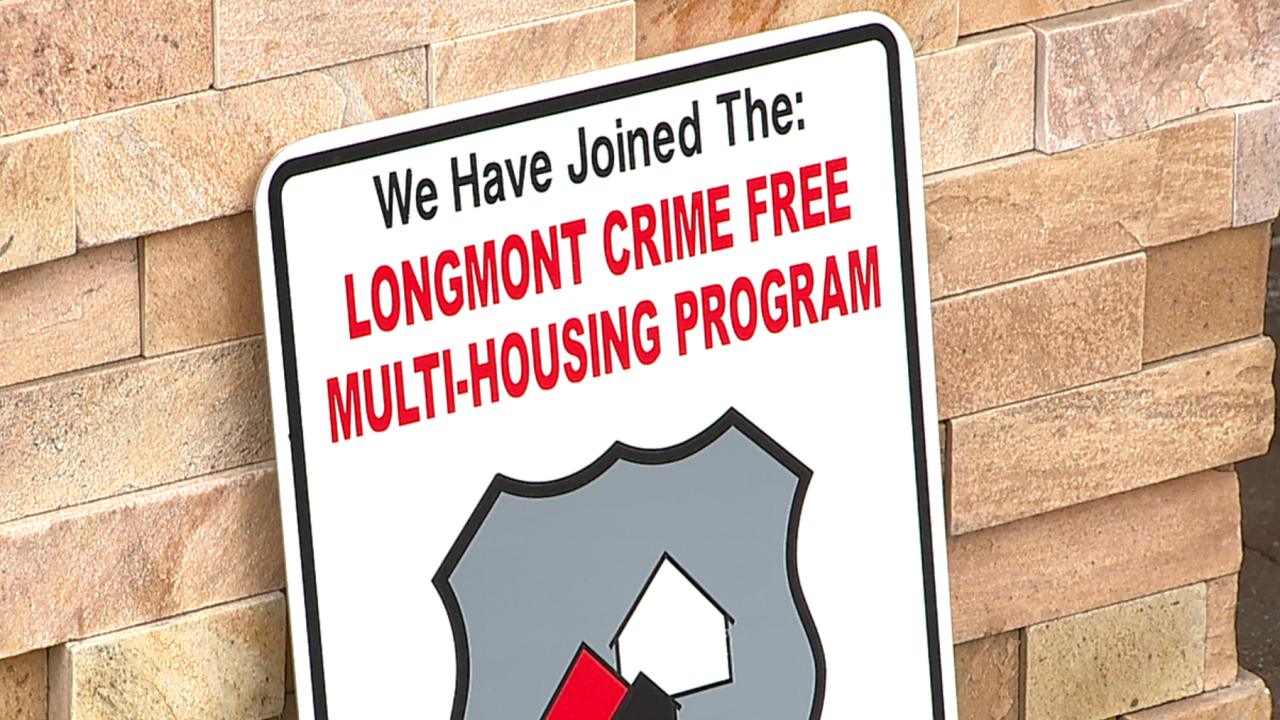 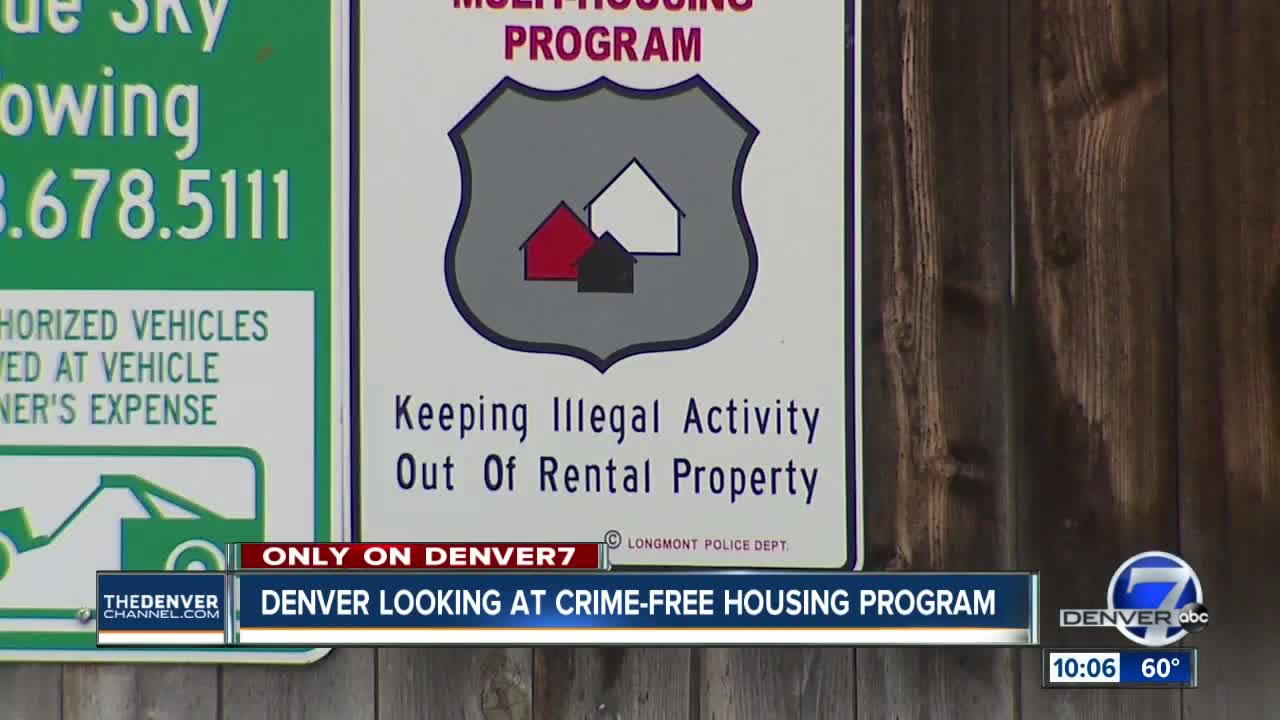 DENVER -- In the sea of Denver's booming rental market, a national program called Crime Free Multi-Housing could be coming soon to an apartment near you.

"It's being considered right now as one of the tools for us," said Denver Lieutenant Kevin Edling. "We're looking at if it fits in Chief Pazen's view of what we want in the city and county of Denver when it comes to crime prevention and reducing social harms."

The idea is to keep illegal activity out of rental properties by implementing rules that state a renter can lose their apartment if they're connected to a crime.

Denver7 took at 360 look at the practice in Longmont with multiple perspectives after a convicted felon blamed the program as a reason for why he can't find housing.

In the metro area, Lakewood, Longmont, Northglenn and Aurora are among the cities with crime-free housing programs.

In Longmont, property managers must undergo an eight-hour training session with police. The course teaches landlords crime prevention tactics and how to properly screen tenants.

After finishing the class, landlords go through a security inspection, hold a community meeting, and have residents sign a crime-free lease addendum which says any criminal activity on or near their rental property is an offense worthy of eviction.

"Recently, we had a tenant that was involved in some criminal activity, some gang activity, and if we were able partner as a law enforcement agency with that landlord to give them a tool to evict and remove that bad apple from the community, it makes it safer for the residents that live there," Edling said.

But there are federal rules that landlords have to adhere to under the program so as to not bar anyone convicted of a crime from obtaining housing.

"We have to obviously walk before we can run in something like this. We're kind of dipping our toes into seeing the successes and challenges that Aurora PD, and Longmont's already had," said Edling.

The American Civil Liberties Union (ACLU) has led the charge to strike down similar crime-free housing programs in other states, calling them unconstitutional and discriminatory.

But there is a key difference between those programs and Longmont’s: the other programs were typically mandatory, while in Longmont, a landlord’s participation is voluntary.

In a statement, Rachel Goodman of the ACLU National Racial Justice Program said updates made recently to the program have been improvements.

“The ACLU does not ‘approve’ of Longmont’s program. We believe programs that increase police communication with landlords are inherently troubling because they increase police involvement in tenants’ lives and threaten to increase eviction rates,” Goodman said.

“However, we are glad that Longmont, unlike other jurisdictions, has updated its program to make clear that banning tenants with criminal records on a blanket basis violates the Fair Housing Act.”