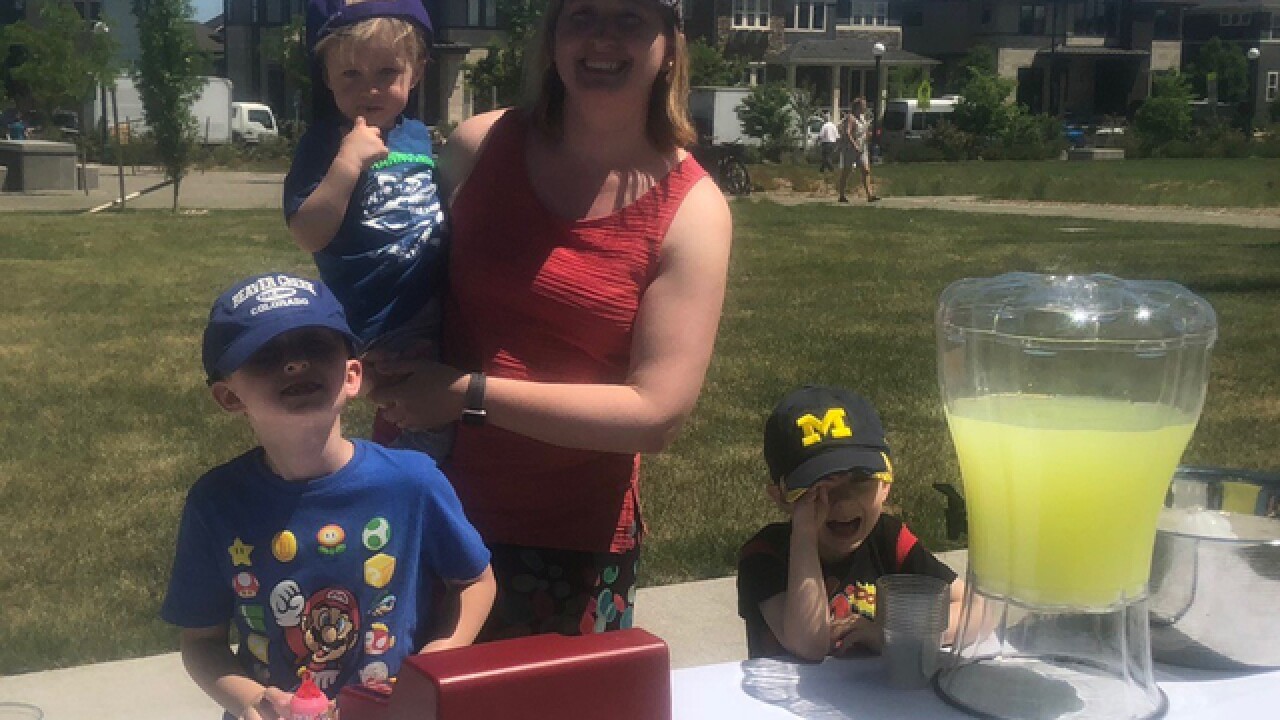 Courtesy Jennifer Knowles
<p>A Denver mother is upset that neighbors called the police over Memorial Day weekend to shut down her sons' temporary lemonade stand, which the city says should have been allowed to stay in place that day.</p>

DENVER – City Council appears to be making lemonade out of lemons three months after officers with the Denver Police Department shut down a lemonade stand set up by two boys in Stapleton.

Earlier this year, Jennifer Knowles and her two boys set up a lemonade stand across the street from their home so her sons could learn some important life lessons: entrepreneurship, responsibility, and giving back to the community.

The sweet experience turned sour when police came and shut down their stand, telling Knowles the boys didn't have the necessary permit to operate their small business venture.

“My boys were crushed. They were devastated,” Knowles said at the time, telling Denver7 profits from the lemonade stand would benefit a child in Indonesia.

The city later said the boys didn't need a permit, but not before the story captured the attention of people nationwide, including Country Time Lemonade, which launched a “Legal-Ade” campaign to help lemonade stands across the nation deal with permit issues.

But more than three months after the ordeal, Denver City Council had given early approval to a bill that would exempt kids from obtaining a license to operate a lemonade stand, thereby making sure that what happened to those two Stapleton boys doesn’t happen to anyone else.

On Wednesday afternoon, city council members approved the amendment to the licensing requirements bill, which states the following: A child 17 years of age or younger will be allowed to operate a lemonade stand and will allowed to sell lemonade, tea or coffee – whether it’s hot or cold, as well as hot chocolate in single-use, disposable cups. However, there is a time limit: the city will only allow the stands to operate for a period of no more than 84 days per year. The stand also cannot operate near permitted food vendors, or in places that obstruct the public right of way.

Our partners at The Denver Post report the city will return for a vote before the Denver City Council in the coming weeks.