Truck found in lake may be linked to burglaries 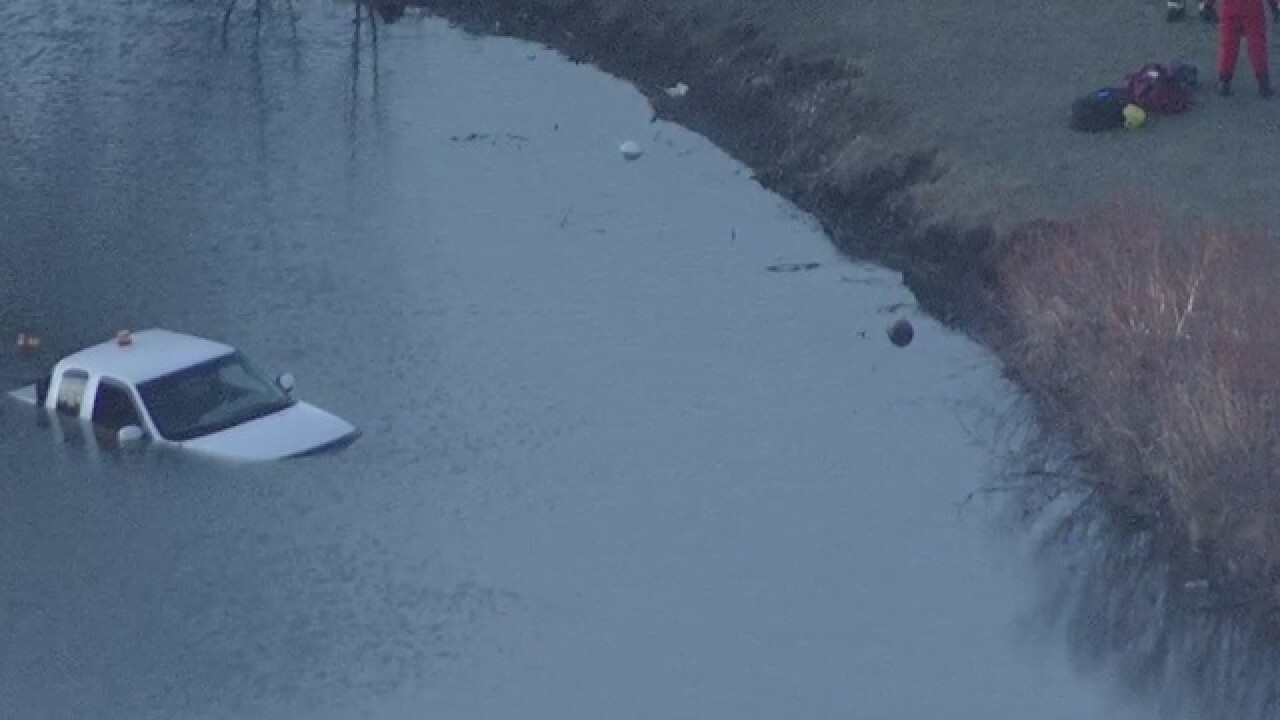 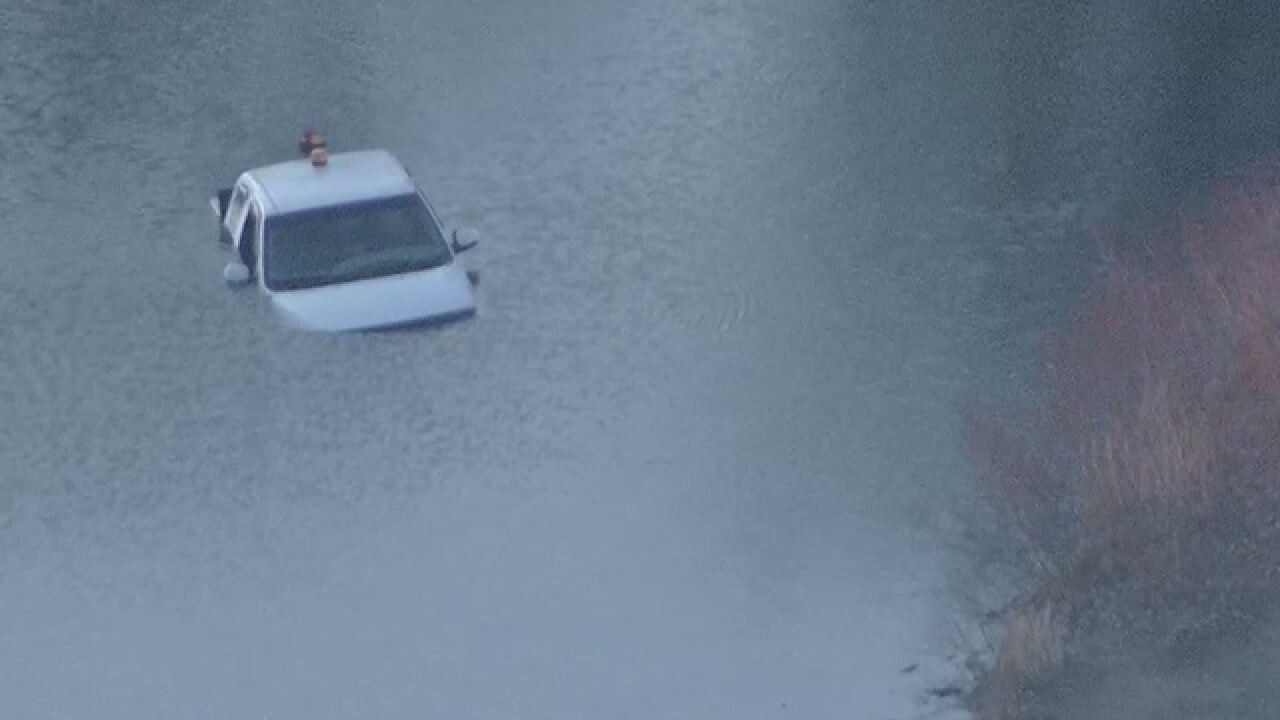 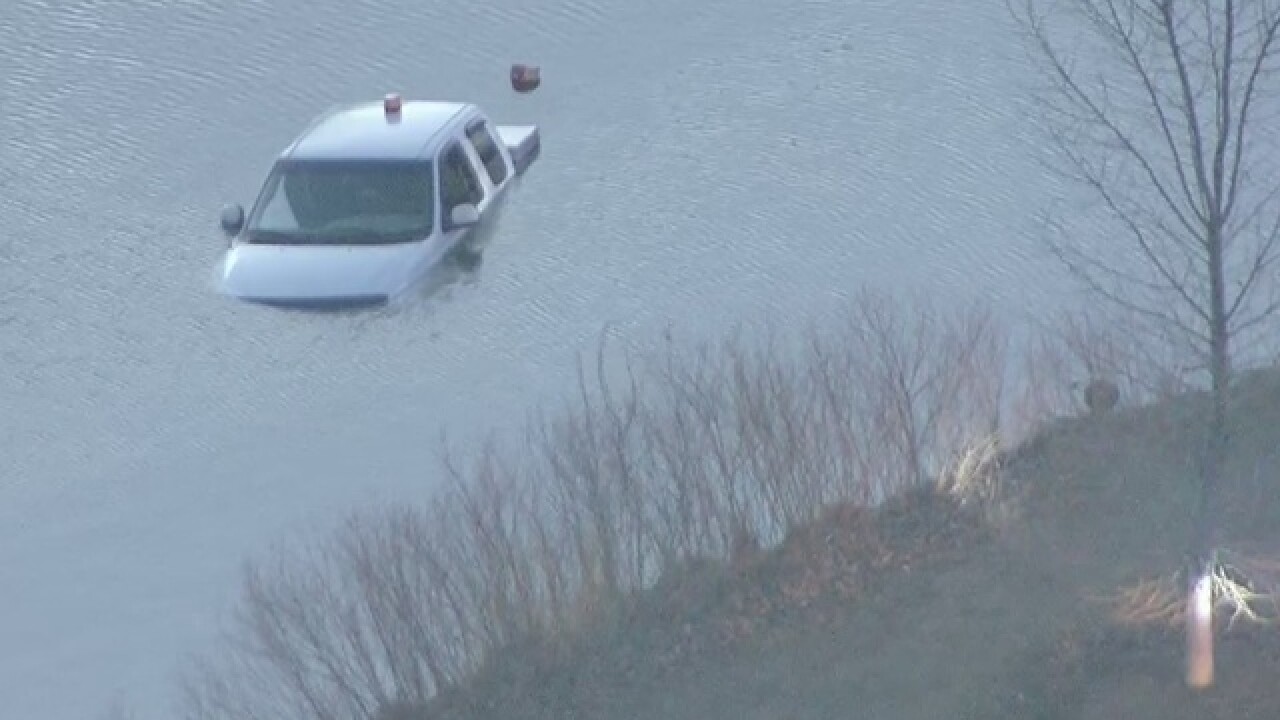 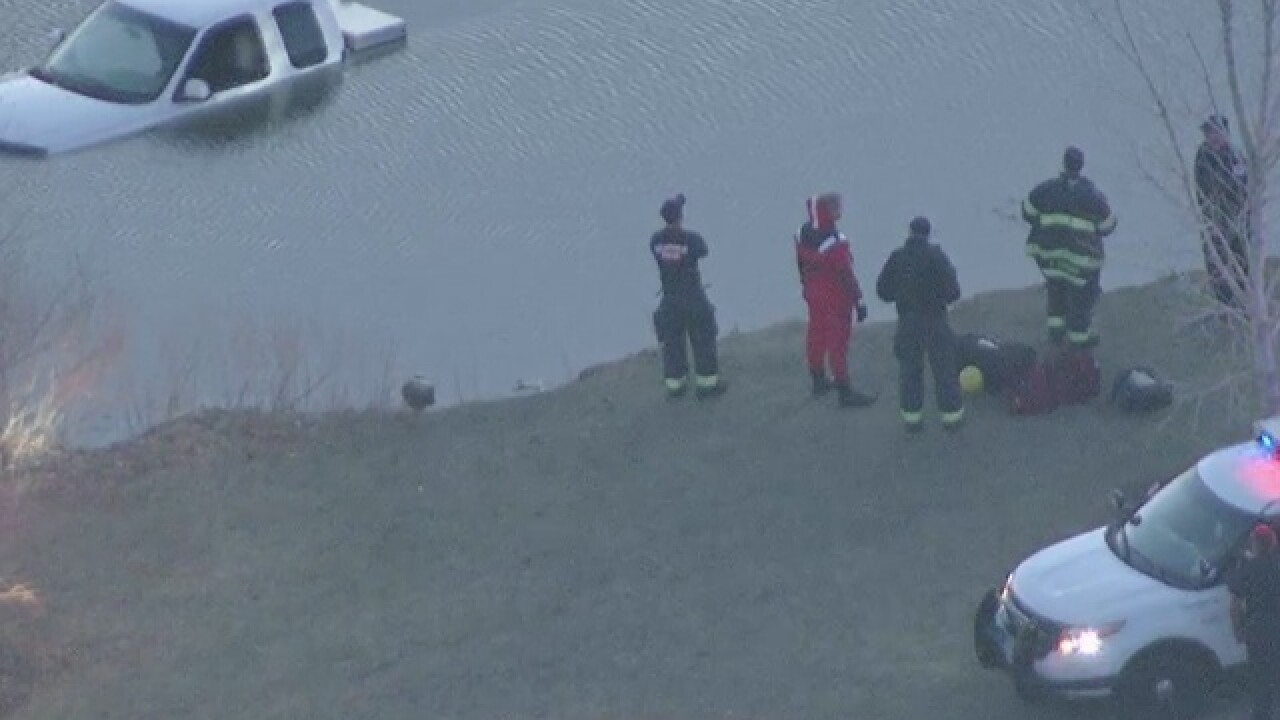 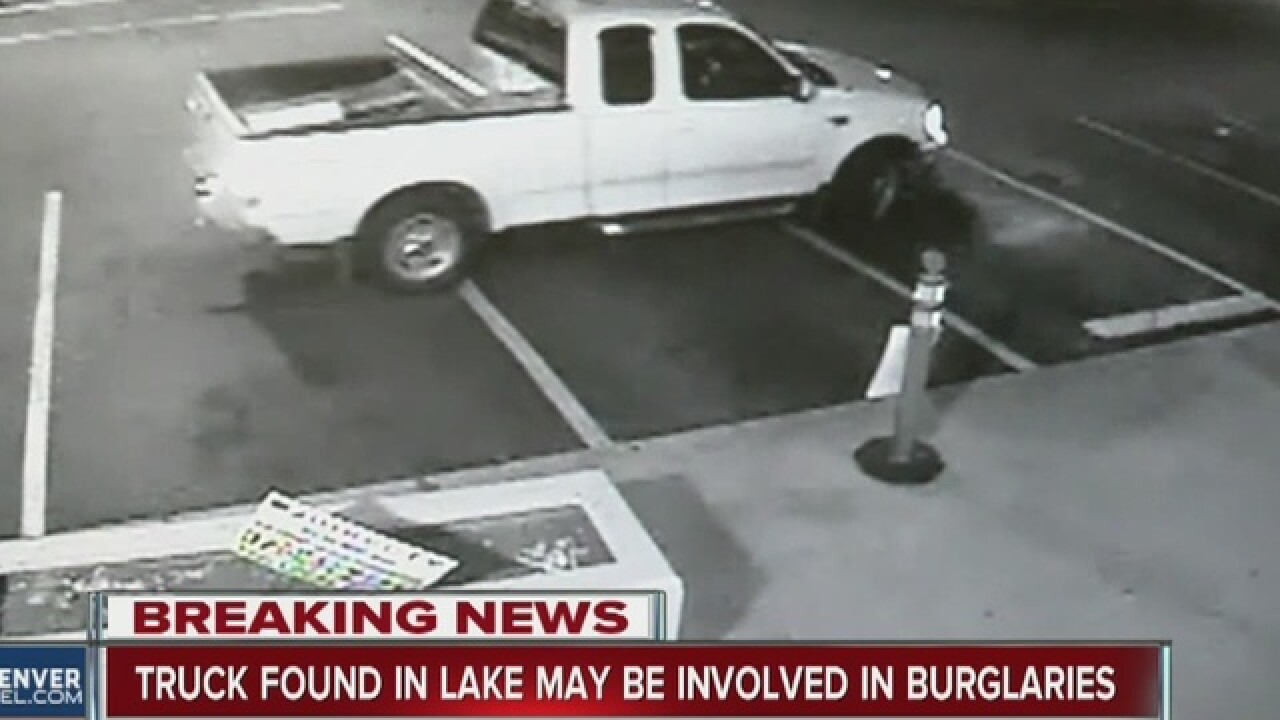 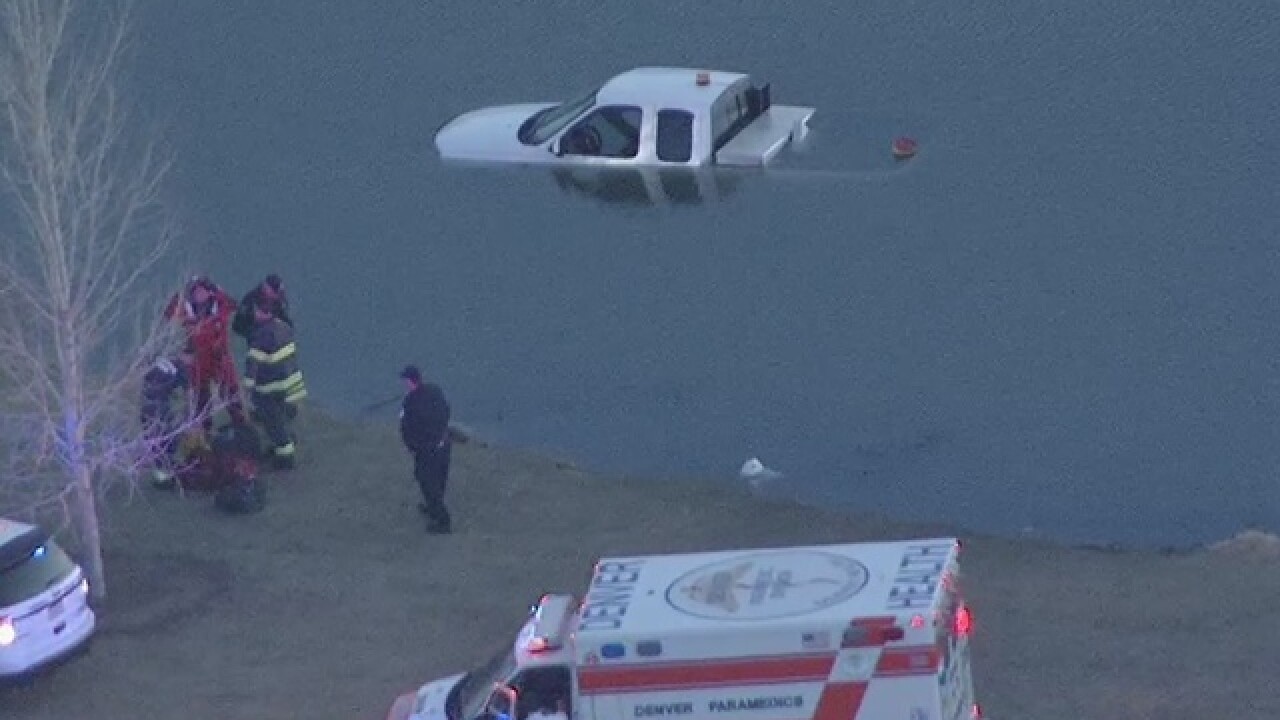 A truck found halfway under water in a lake in southwest Denver Wednesday morning is the one linked to a smash-and-grab burglary in Northglenn, the Thornton Police Department confirmed with Denver7.

Boost Mobile district manager Kyrstina Smedberg, whose store was burglarized by the robbers, said she was shocked to see the same truck floating in water on television.

“I was like what? That can't be the same truck, then I watched the video over and over again and yeah, sure enough, it was the same truck," Smedberg said.

The surveillance video shows three suspects arriving at the store, then breaking in and stealing cash registers. The suspects whose faces were covered, rushed back outside, dumped the registers in the bed of the truck and took off.

Thornton Police say the same truck and suspects were involved into two other burglaries in Thornton.

Police say a T-Mobile store and a Radioshack inside Mission Trace Plaza were hit Tuesday night. The same truck was spotted in Garfield Lake Wednesday morning with no one inside. Denver Police say the truck was stolen from 3000 South Denton Street in Denver.

Police are still trying to determine if it’s indeed the same truck, but Krystina said the headlight on top of the car and the tool box are just too identical.

The owner of the Boost Mobile location in Denver is offering the new Samsung 7 Galaxy Tab 4 with a full year of free service as a reward to anyone that would help Northglenn Police arrest the suspects.