Inmate was on suicide watch 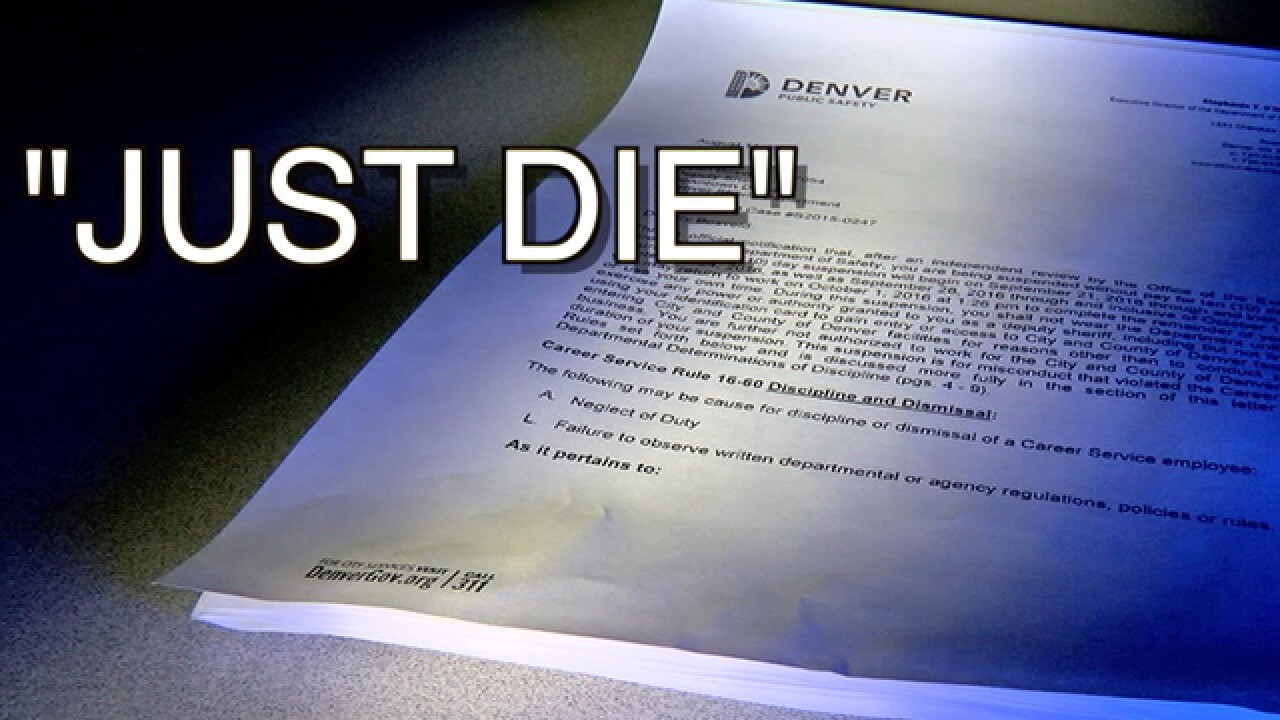 DENVER -- A Denver Sheriff's deputy has been suspended for telling a mentally ill inmate on suicide watch to "just die."

Denver7 obtained a copy of the discipline letter which states Deputy Ryan Bosveld was suspended for ten days for neglect of duty and failure to observe written departmental or agency regulations.

The nurse then wrote an email to her supervisors voicing concerns about his behavior. The subject line of the email said, "Need Direction Please."

The nurse said after she heard Bosveld make the inappropriate comment he giggled and then turned to her and said, "that wasn't very professional was it?"

When asked what the nurse thought of Bosveld's comments she said, "I figured that probably wasn't the safest thing to say to any of our suicidal patients. If they're in the floor flush, there's a reason and that we're monitoring them closely."

During Bosveld's interview with the Internal Affairs Bureau, he said this comment "isn't my personality. I wouldn't have said that to the inmate."

The letter states, "It is also more likely than not that Nurse TA's version of events is more credible than that of Deputy Bosveld. Nurse TA via email, reported this incident to her supervisor three days after it occurred, after having witnessed another act of misconduct by Deputy Bosveld."

Bosveld did admit to another incident he self-reported where he told an inmate, who was also in the medical unit, "I'd rather go f*** your mother."

The five-day, forty-hour course teaches deputies through role playing how to better deal with the mentally ill and deescalate situations without using force.

The letter states this is the first time Deputy Bosveld has been disciplined in his nine years with the department. He will begin serving his ten day suspension on September 21, 2016.