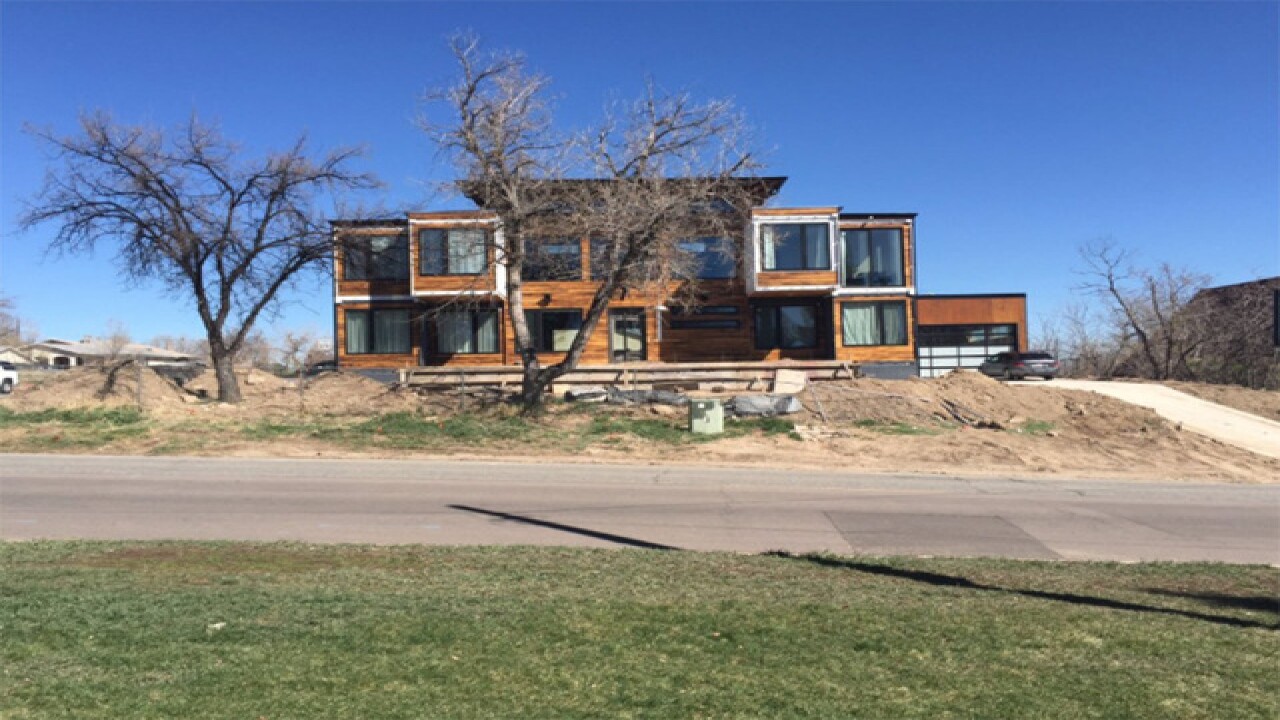 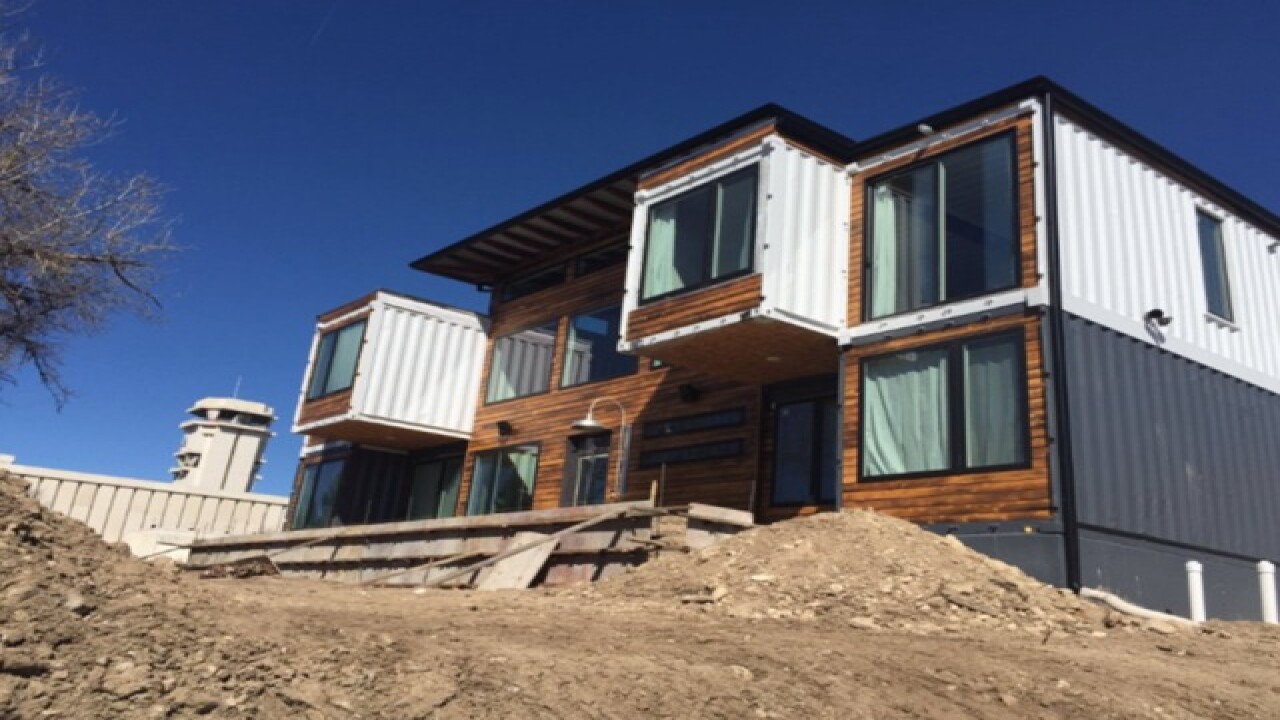 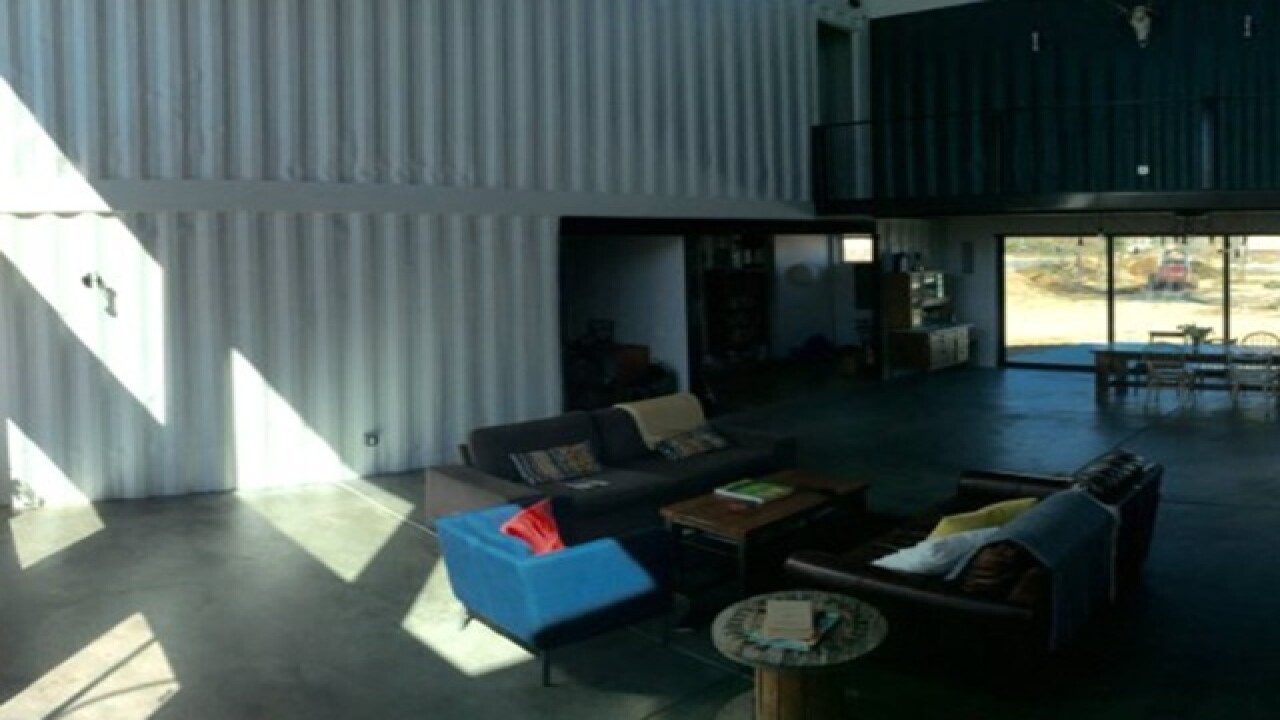 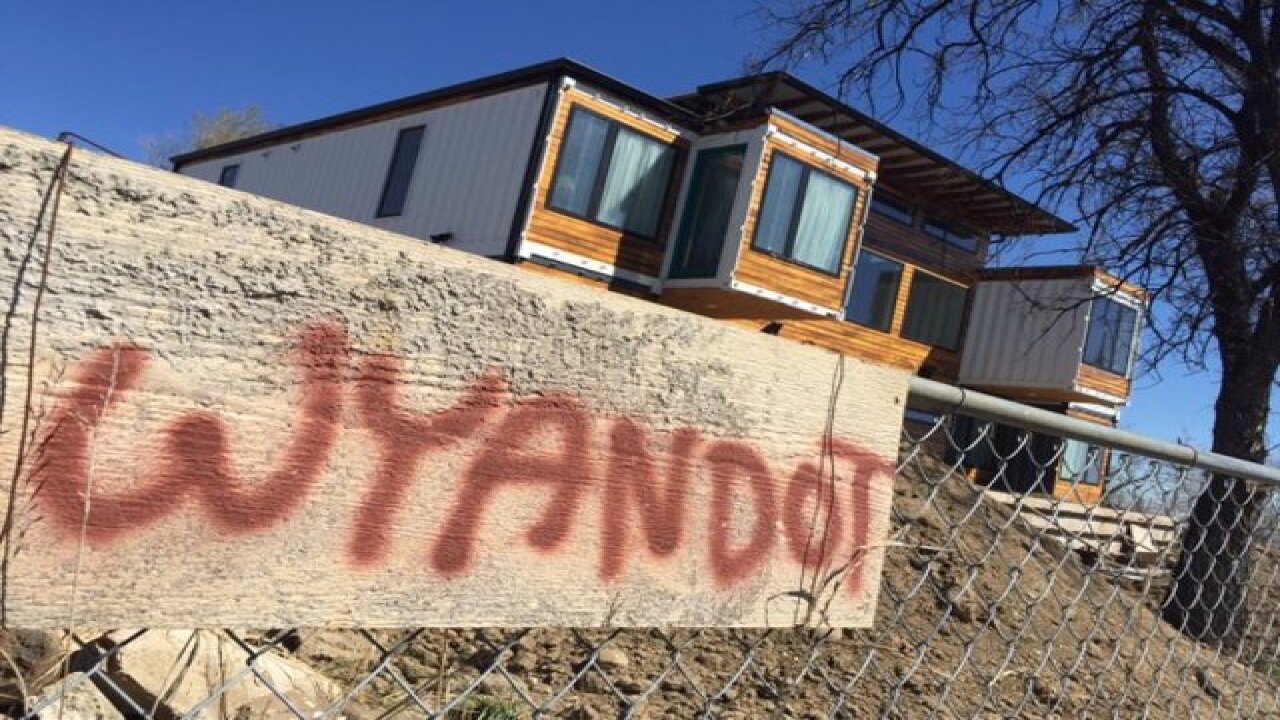 A Denver couple, who built their home out of nine shipping containers, claim the method can actually save money and be environmental friendly at the same time.

Regan and Libby Foster first got the idea to build a shipping container home more than a year-and-a-half ago. They sold their old home and used the money to buy nine shipping crates. Regan did have some help, but they measured and cut the holes in the backyard of their now home.

"Yeah we did nine, we wanted the space," Regan said. "Most of the shipping container houses I've seen are kind of small. It's more along the lines of a tiny house."

"Once we decided on shipping containers we kind of knew the esthetics of the house would be modern," said Libby.

The house measures 4,000 square feet and has seven bedrooms and five bathrooms. The shipping containers are basically split into two groups with one container connecting them. The couple also built a middle living area using normal building materials. They just moved in six weeks ago.

Regans said they were able to build a modern home relatively cheaply.

The national average is $125 per square foot according to fixr.com. Even though Regan did a lot of the work on the home, he said someone looking at a more simple design could save a lot of money with the shipping container method.

"I think stacking them side by side, stacking as simple as possible will be very cheap to do," Regan said.

Right now, the home appraises for $850,000 even though the landscaping isn't finished yet. Other nearby homes with more than five bedrooms were selling for about $600,000.