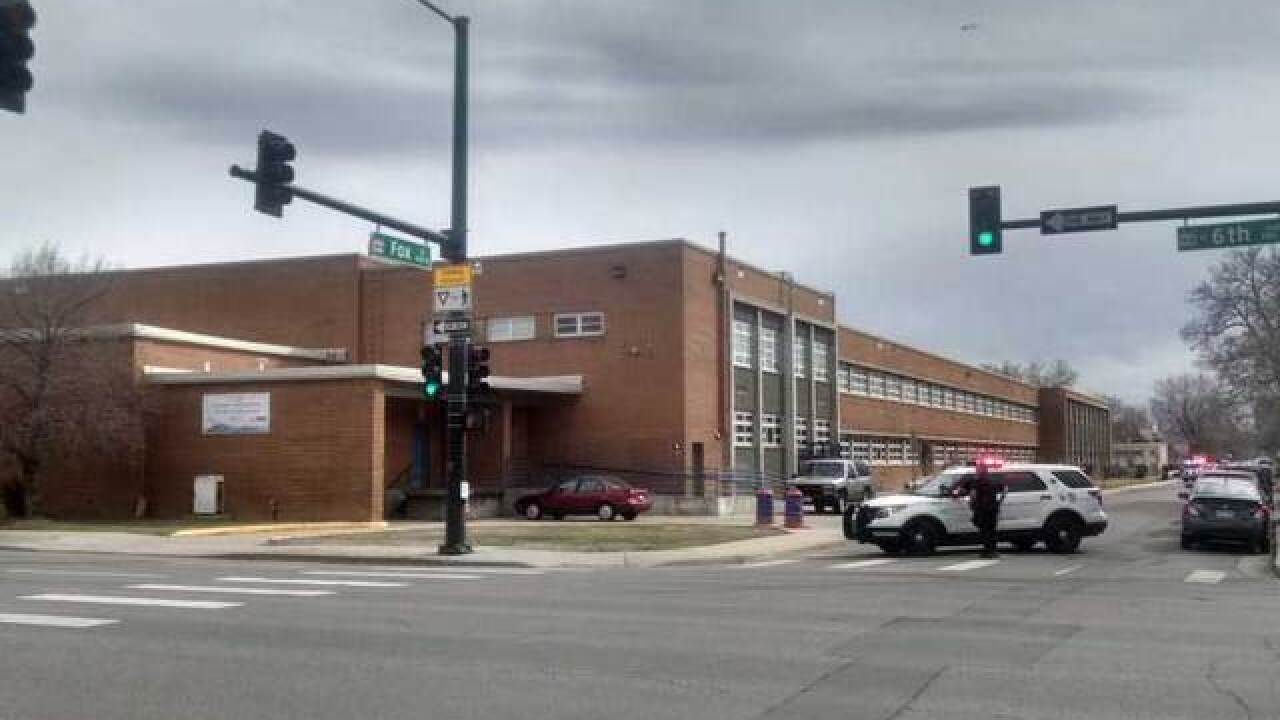 The Denver Center for International Studies (DCIS at Baker) was placed on lockdown then evacuated Friday after a bomb threat, police and school officials said.

Students from the school at 574 W. 6th Avenue were evacuated to DCIS at Fairmont at 520 W 3rd Ave.

Police said someone called 911 at 1:15 p.m. and said he had placed devices around the perimeter of the school. Investigators said when they found a safe route, they evacuated the school. Denver police brought in dogs to check the school and said no explosive devices were found.

Update: DCIS campus has been cleared and no suspicious devices located. Traffic closures in area of 6th Ave/Galapago have been lifted.

At 2:20 p.m., Denver Public Schools said parents should pick up students at DCIS at Fairmont.

"Students who ride buses will be taken home on their normal routes," school officials said.

LOCKDOWN Update: DCIS (located at 574 W. 6th Ave.) students & staff are being evacuated to a nearby location due to threats made to campus.