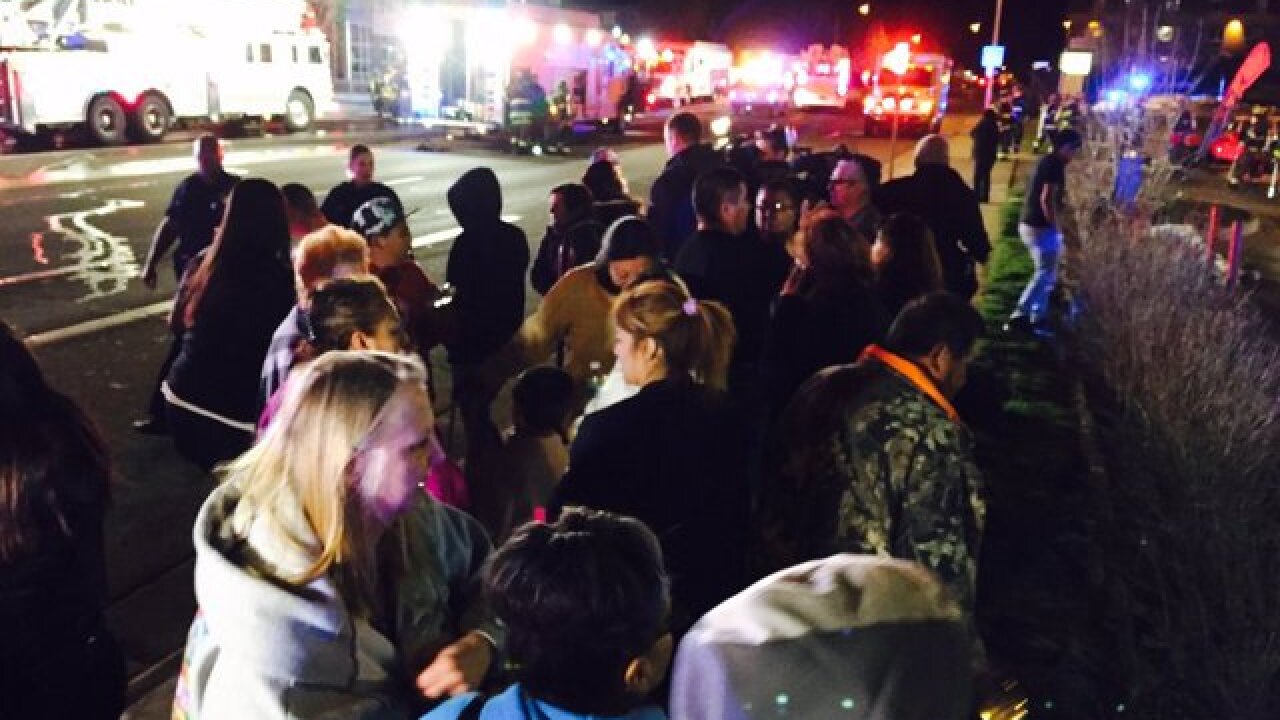 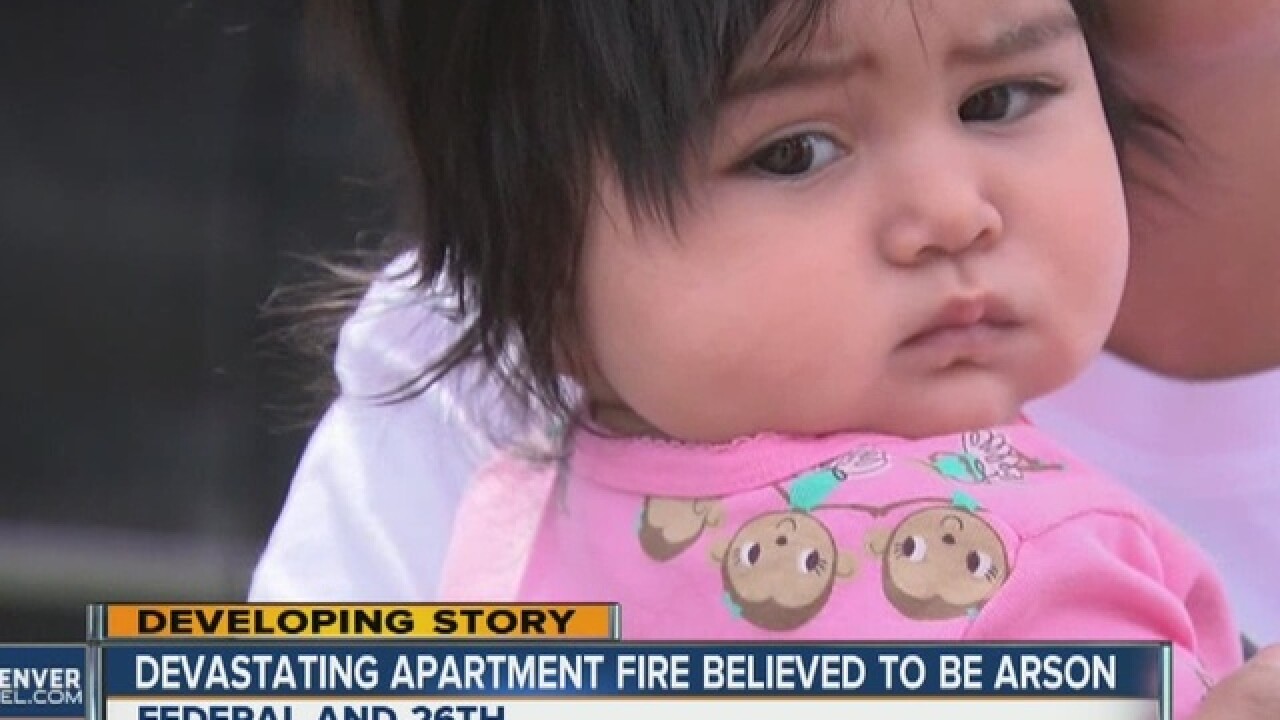 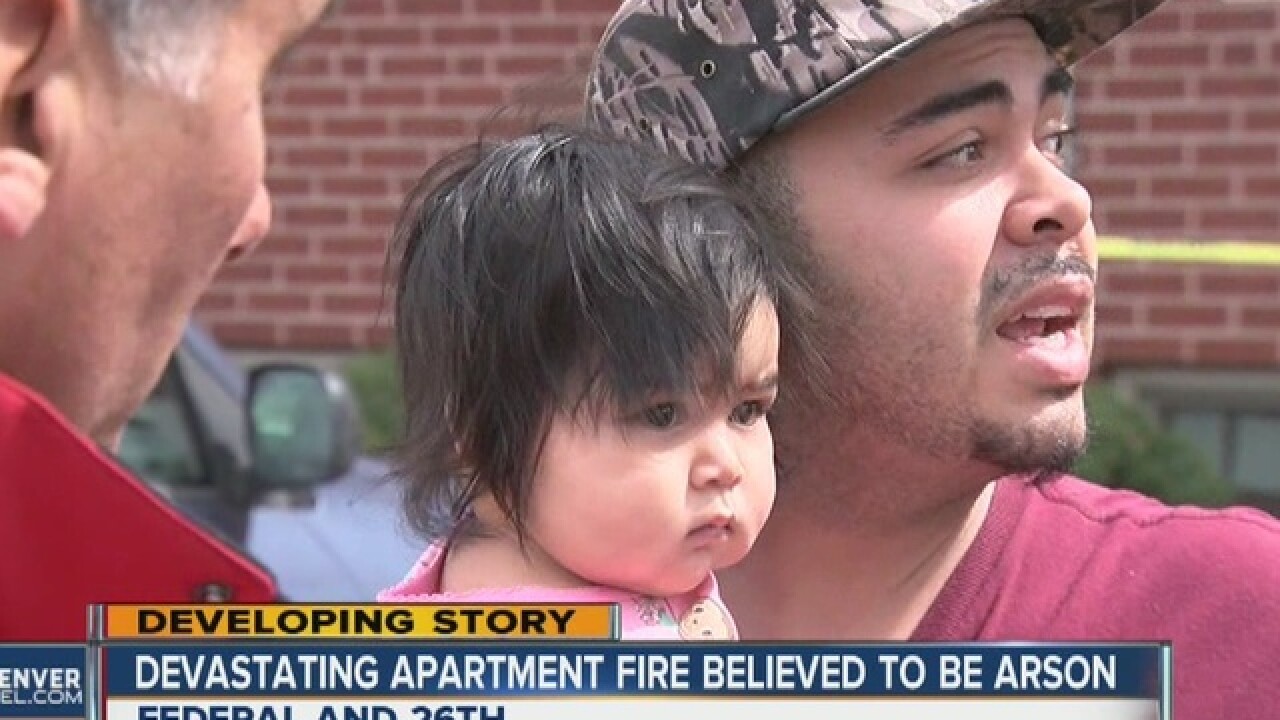 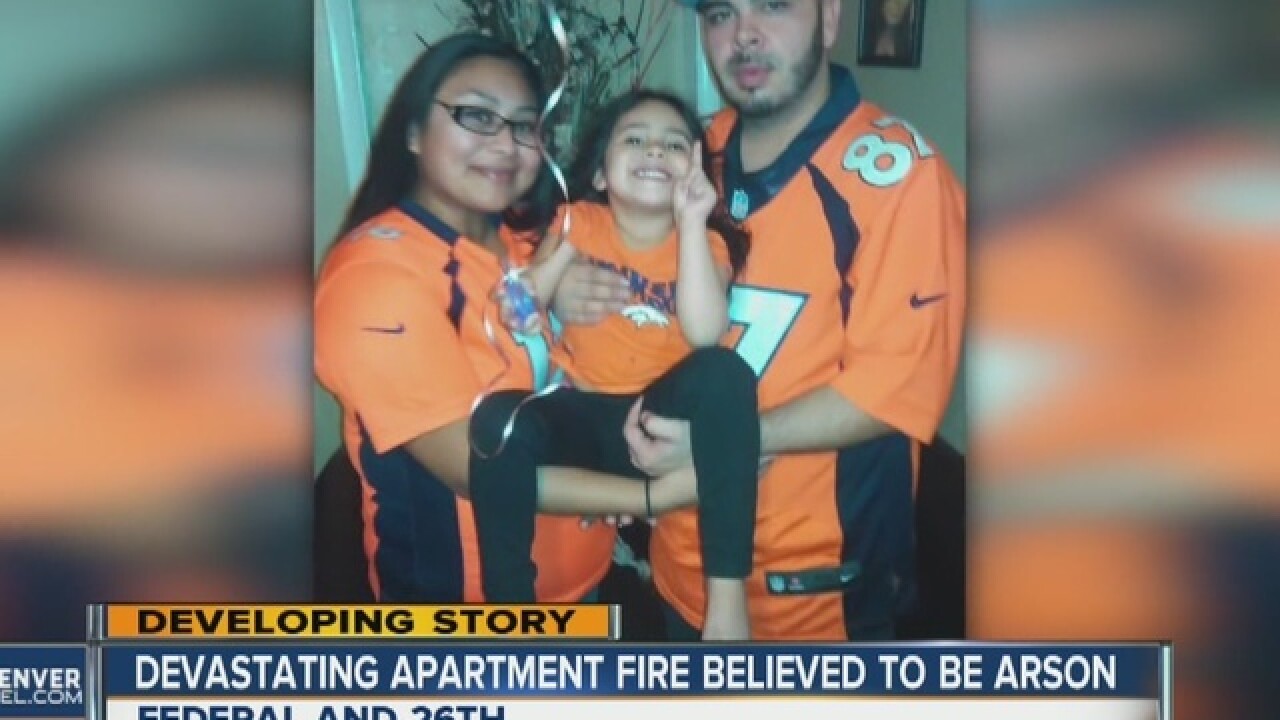 Denver Fire officials say the two-alarm fire at the Federal View Apartments is now being investigated as “criminal in nature.”

When asked if an accelerant was used, department spokeswoman Melissa Taylor said they’re not providing any other details about the case, at this point.

At least 20 families were displaced by the blaze late Easter Sunday.

Chris Pena, Aylessa Miera and their baby daughter, Ava, were on the third floor in their apartment when fire broke out in the hallway.

“I heard the smoke alarms,” Pena said. “I thought someone was burning something (on their stove) so I didn’t get up.

A minute later he saw smoke coming under his door, so he opened it.

“A rush of hot, black smoke hit me in the face,” he said.  “I couldn’t breathe… it was this weird, weird, chemical smelling smoke, with a weird smell and taste.  You couldn’t see.”

He said the blast of smoke was so hot, he couldn’t close the door, so he ran to the window and “knocked it open.”

His girlfriend, Aylessa, was holding their baby.

"As soon as the apartment filled up with smoke, I remember thinking like this is it?  This how we're going to die, you know from a fire?” she said.

Pena said that’s when he saw a woman over at the nearby 7-Eleven.

"I had to let my baby go. That was the hardest thing," Miera told Denver7.

Velez said that as the baby came down, he dropped his end of the blanket and caught the baby with his bare hands.

“They’re heroes,” said Pena’s sister, Monique Gonzales. “I love the fact that they ran and helped my niece.”

Pena said that after their baby was safe, they jumped.  He says he landed okay, but Miera ended up with a fractured vertebra.

She was released from the hospital Tuesday afternoon.

"I thank God.  I thank God so much.  And you know what I don't even care I lost everything in the apartment.  I'm alive,” she said.

A fund  has been set up to help the young family.

When asked his reaction to investigators determining that the fire may be criminal in origin, Pena said, “If someone did it, they deserve to go to jail.  There was a whole bunch of families in here.  A whole bunch of them, and you’re going to start a fire?  We have cameras here, so whoever did it, they’ll find them.”

Gonzales said she was shocked to hear about the investigative turn.

“People doing criminal things around here, that’s just not right,” Gonzales said.  “This is supposed to be family subsidized housing and for people to come up here and start stuff, it’s crazy.”

Some residents reported hearing arguing just before the fire broke out.

The president of Brothers Redevelopment said it’s sad that someone might have set the fire intentionally.

He said his organization is doing what it can to assess damage and figure out what it will take to make repairs.

The building has been locked up and taped off.  A sign on the alley side entrance warns of asbestos inside.