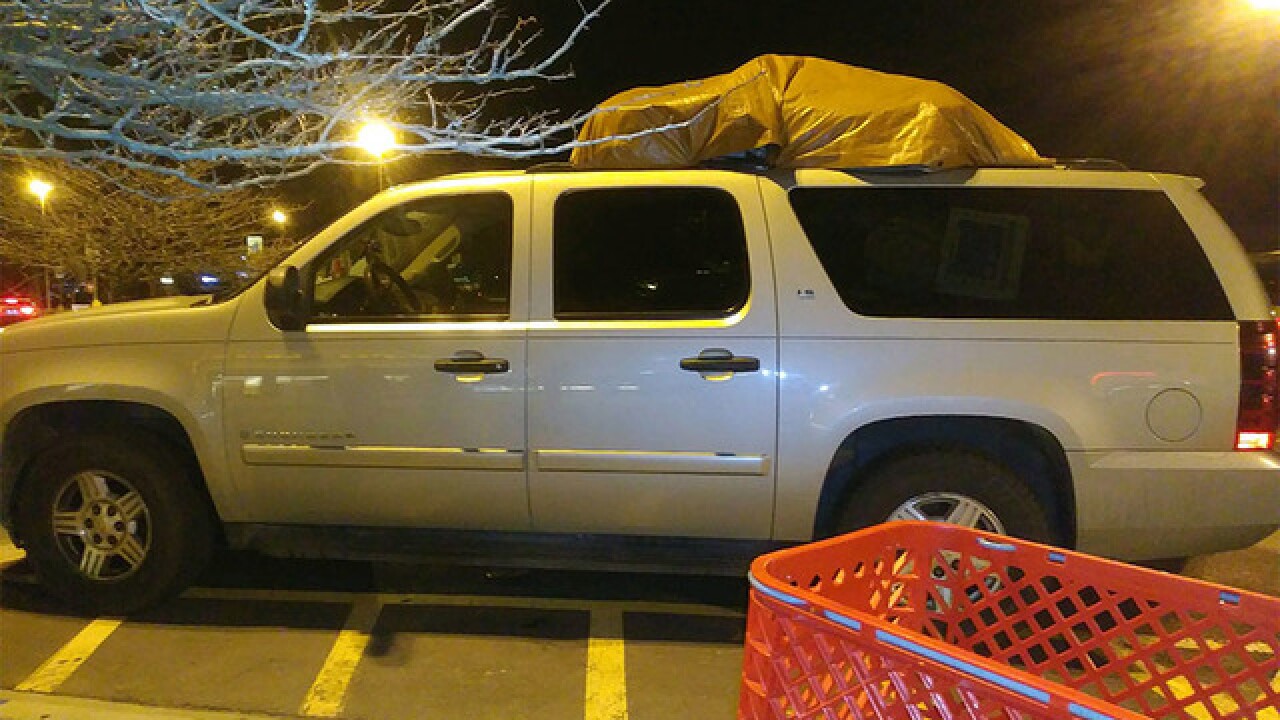 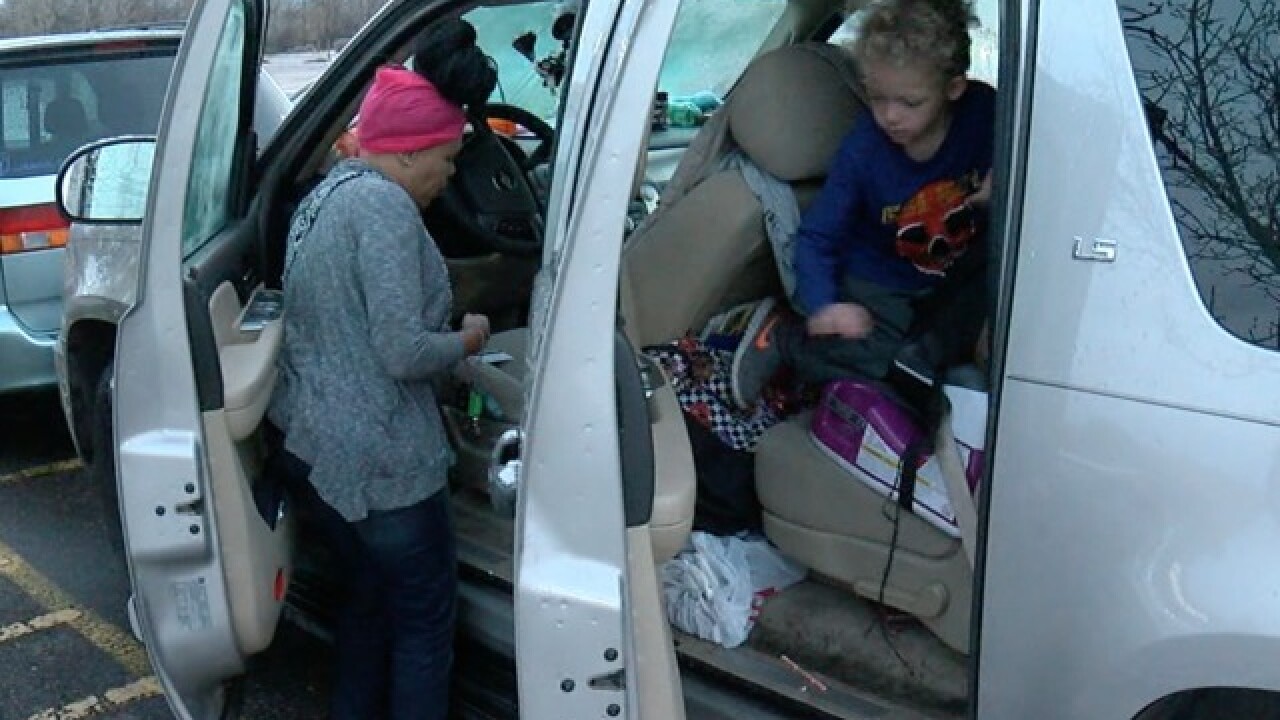 DENVER -- A regular day for a family of seven in suburban Denver starts before sun-up. Mom tries at first gently, then more firmly, to urge her six children awake.

"Time to get ready," Charice, who asked Denver7 not use her full name in order to protect her privacy, tells her children.

You might hear birds chirping outside and the groan of a 10-year-old who does not want to wake up. The difference is, these children did not wake up in warm beds. They have to put clothes and shoes on before they can even go to use the bathroom.

That is because all seven family members are living, with all the belongings they can carry, in a car.

"Your shoes and socks are right here," Charice said to one of the children, "come on, come potty."

As she walks the children in the first of two trips into a big-box store in the suburbs, they navigate a frozen layer of fresh, spring snow.

Charice has been living out of her car with her six children for the better part of six months.

There is no bathroom, no shower or washing machine, no stove or refrigerator and no family or friends willing to take them in.

She knows where to park at night so her children can do homework or sleep, with as much privacy as a big-box store parking lot can provide.

It is hard to imagine seven people — children ages 5 to 15 and their mom — crammed into a space they share with piles of laundry and personal belongings packed to the ceiling.

She agreed to share her story with Denver7's Theresa Marchetta to shine a spotlight on how easily a family can end up in the same situation and how hard it is to get out of it.

"I sit on the roof (of the car) and try to move stuff around to make more room in here," she said.

To get to her new job on time, she has to shuttle five children to three different schools. The whole process takes about 90 minutes.

She often has to drop the children off at school early in the same neighborhood they once lived in.

"We had a five-bedroom house, a big back yard, a tramp for the kids to play on," Charice said.

She said while she was at home raising her children, she did not realize their father had a drug addiction that ultimately lead to the loss of his job, business and incarceration.

Surviving without a home has been hard enough, but she said it is the constant judgment of others that can be the most painful.

"I get looks of disgust all the time. They'll just drive by me, shaking their heads."

Charice said even the agencies she goes to for help sometimes make assumptions about why she is homeless.

"I don't do drugs. I don't smoke. I don't do anything. But I'm constantly judged," she said.

Family Tree is a nonprofit that has helped thousands of families over the last 40 years. They are hoping to help Charice, but they know it will not happen overnight.

Zwanzig said during that time, they assign case workers to help navigate the various requirements for assistance and try to be sure no one slips through the cracks.

"We expect people to show up despite all these things working against them. It's unrealistic. It's unfair," said Erika Righter, a former social worker.

Righter now owns and operates Hope Tank in Denver, a store where the gifts you buy give back to local charities.

"You have to separate your own judgment or bias from your giving," Righter said. "If you're somebody who says, 'I'll give a sandwich but I won't give them cash,' you're making a judgment about something you don't know about. You're saying you don't trust them to make the right decision."

Righter has seen first-hand how impossible checklists, timelines, paperwork and appointments defeat those who need help most.

"It's basically a fulltime job to get access. This is just one example of what thousands of people in Denver are experiencing," Righter said.

Charice has a fulltime job, but her schedule prevents her from making appointments to find daycare for her youngest son.

Come summer when school is out, she has no idea what she will do.

"Every time I make a step forward it's like ten steps back," Charice said.

If you'd like to help Charice and her family, you can do so by donating to Hope Tank here.