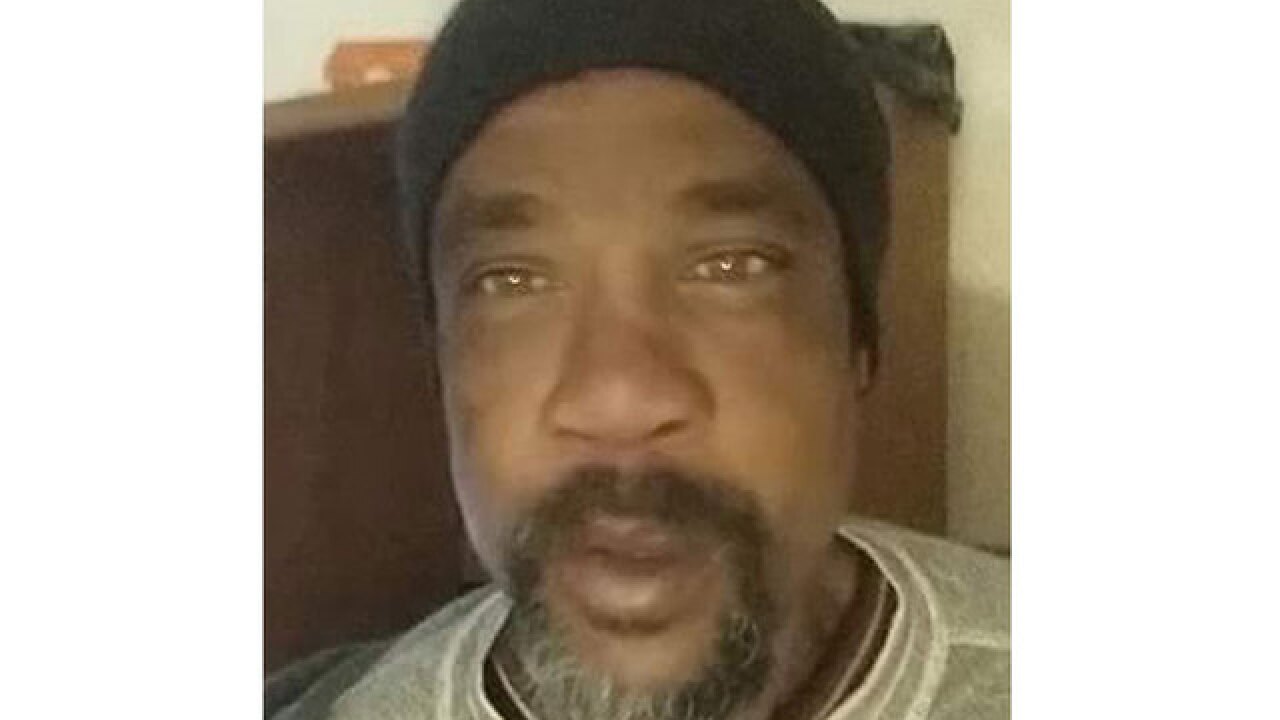 The death of an inmate at the Denver jail has been ruled a homicide by the Denver Office of the Medical Examiner.

The medical examiner's report, released Friday, said Michael Marshall's "cause of death was determined to be complications of positional asphyxia, to include aspiration pneumonia, due to being physically restrained by law enforcement during an acute psychotic episode."

The report went on to say, "the manner of death was determined to be homicide."

"This is another example of criminalizing homelessness and criminalizing the mentally ill. Michael Marshall was a non-violent offender. Nobody was hurt. He hurt nobody. And the autopsy report shows he was brutally restrained and repeatedly beaten on his head, on his shoulders, on his back, on his buttocks, on his chest. Blunt force trauma was a significant contributing factor to his death. He actually asphyxiated into his spit mask and aspirated on that. He choked to death on his own vomit while at the hands of law enforcement and medical personnel, if you can imagine," said a family attorney Darold Killmer during a Friday afternoon press conference.

The family asked the mayor and the police department to release video of the confrontation between Marshall and the deputies and called upon the Denver District Attorney to prosecute those responsible.

"I'm at a loss for words because all I can just imagine is my uncle suffering. His last moments on this earth, how scared he was, and it's not fair. It's not right," said Natalia Marshall, Michael Marshall's niece. "I just plead and beg for justice. I'm asking the mayor to please hold these people accountable."

"I just hope the DA files charges ... if it was any of us, committing a homicide, a murder, we would be charged for it," said Rodney Marshall, Michael Marshall's brother.

"We have, as you might expect, asked the city leaders, asked the chief of police, we've asked the Denver Sheriff, the Manager of Safety, please let us see the evidence. What happened to Michael? And they won't show us," Killmer said. "This is an outrageous cover-up and a refusal to have a transparent investigation."

Marshall, 50, was arrested Nov. 7 for trespassing and disturbing the peace at the Driftwood Motel near Colfax and Oneida. His bond was set $100.

Four days later, he got involved in a confrontation with deputies at the downtown detention center.

Authorities say Marshall started acting erratically and caused a disturbance while in a sally port between two sets of locked doors on the fourth floor of the detention center.

Deputies responded and Marshall had some kind of medical emergency.

Family members say Marshall was without oxygen for 10 to 15 minutes.

He was placed on life support, but it was removed 10 days later and he died.

In an email response to the report, Denver Sheriff Patrick Firman said, "This is a tragedy for both the Marshall family and the deputies involved.  The numerous city agencies involved, including the Denver Sheriff Department, remain committed to an accountable and thorough investigative process.   We received the report this morning and will examine it closely which we wait for the Denver Police Department and the DA's office to conclude their reviews."

Firman also said, "It's important to note that the Medical Examiner's designation of Mr. Marshall's death as a "homicide" is not a determination that a criminal act took place.  The District Attorney's (DA) office will make that determination at the conclusion of its investigation."

Firman said in November that the Denver Police Department is handling the criminal investigation.

He said police will forward their findings to the district attorney, who will then decide whether charges are warranted.

He said once the DA’s review is complete, and depending on the results of that review, the case will be turned over to the Sheriff Department for an internal, administrative review – with oversight from the Executive Director of Safety’s office and the Office of the Independent Monitor – to determine if departmental rules and regulations were violated.

The Denver Mayor's Office also sent responded to the findings by the coroner.

"The Mayor and entire administration are committed to an accountable process and thorough investigation. The Mayor came into office with a focus on concluding these types of cases with integrity and in a timely manner. He has the same expectation here," said Michael Hancock's spokeswoman Amber Miller. "As indicated in the press release, the city has provided the family through their reps consistent communication regarding the investigation. We will continue this communication including releasing the video as soon as we can."

"The details of Mr. Marshall's death make it clear that Denver Law Enforcement has learned nothing from the tragic death of Marvin Booker, which a federal jury ruled as excessive force," said the family's attorney,  Mari Newman.

"This feel's like Groundhog's Day. We've been here before," said Tyler.

Newman said there should be an independent investigator looking into the case -- and not the Denver police department or the sheriff's department.

"It's past time for Denver to stop its pattern of delay and cover-up, and to release the video of all the evidence related to the killing of Mr. Marshall," she said.

"There's an understanding that there's no accountability in law enforcement in Denver. In the Denver Sheriff's Department and the Denver Police Department, officers can abuse and brutalize and engage in excessive force in violation of the Constitution with impunity and no one gets held accountable. It's disgusting. It has to end," Killmer said.

A law enforcement source told Denver7 that the city has been in contact with the family.

The six deputies involved are still on restricted duty.  They have no contact with inmates.