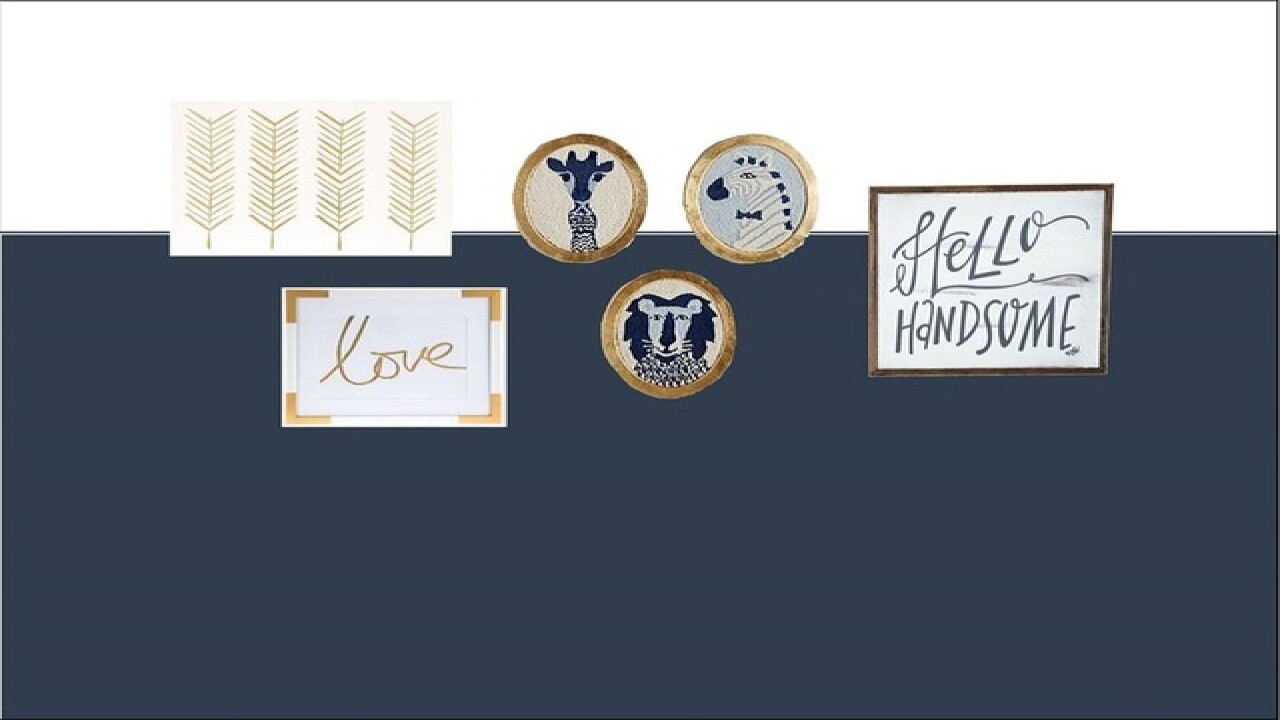 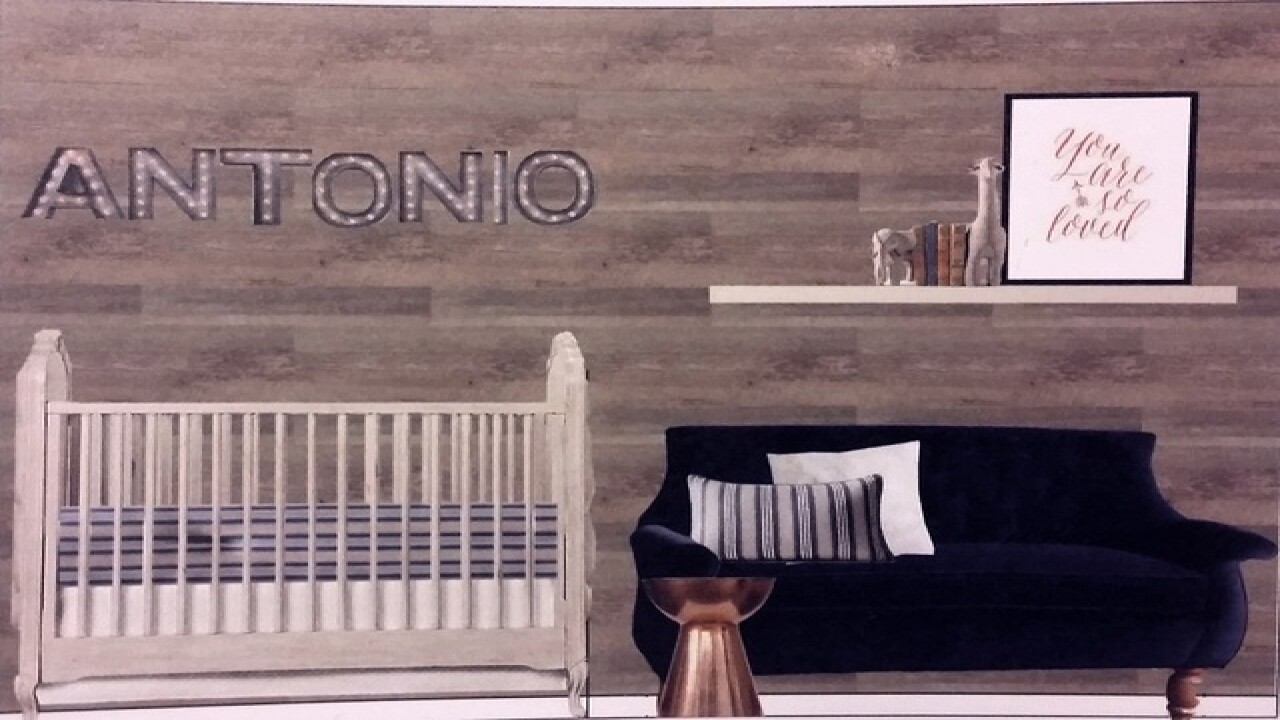 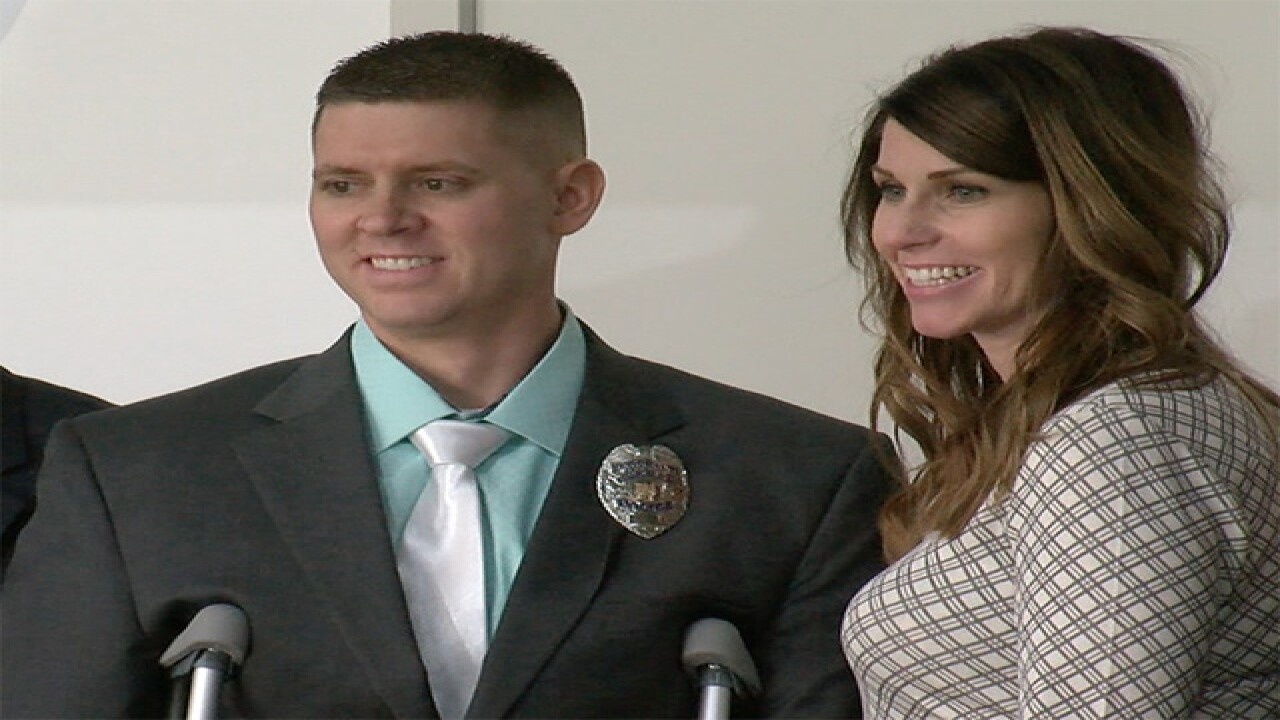 A local interior designer has come up with another way the community can help Denver police Sgt. Tony Lopez Jr. and his wife.

Courtnee Robertson, owner of Radix Creative, worked with Kristen Lopez to design a nursery for the son she is expecting May.

Sgt. Lopez has a goal of walking out of the hospital with his son in his arms.

Lopez survived after was shot six times during a traffic stop on Dec. 8, 2015 near Federal Boulevard and West 37th Avenue. His bullet-proof vest helped save his life.

He underwent at least three major surgeries before he was released from the hospital on New Year's Eve.

"He says it's a struggle everyday, 'this baby saved my life in so many ways.' Because when you're struggling everyday you just think about 'Okay, I'm going to have a little one soon. I got to teach him how to play baseball. I've got to walk him out of the hospital'. So when there's really hard days he just tries to power through it. " Kristen told Denver7.

Robertson was looking for a project to launch her new interior design business. She wanted "something meaningful, a space that connected somebody's story to their home."

Robertson posted on Facebook that she was looking for a mom who wanted the perfect nursery. Robertson's sister-in-law suggested the Lopez family.

The offer came at the perfect time for the couple.

"We were both pretty upset. Because you think about it, the baby's room, that's the fun part.  You get to paint and you get to put all the furniture inside and stuff," said Kristen.

Tony wasn't able to do those things because of his injuries.

"This is our first baby. The first grandkid on his side. So you know, it started weighing heavy on my heart," said Kristen.

The idea of enlisting the community's help to create the nursery was born out of the overwhelming support the couple received.

People were asking if they could put together a baby shower and where the couple was registered so they could buy a gift.

"You know, everybody really wanted to get involved," Kristen explained.

Robertson set up a Facebook page and a Thankfulregistry account so the community could purchase an item for the nursery or make a donation.

The couple plans to name their new son Antonio, after his dad.

The nursery design features his name in lights.

The room also features a wood wall that reminds Kristen of the small town where she grew up.

It features copper accents which reflect the expectant mother's love of gold and rose gold tones.

"I think the blue that we, that she chose, is like the police blue, it's just the perfect color of it," said Kristen.

The color reflects the expectant father's dedication to the police force.

Kristen jokes she has been pinning ideas for a nursery since probably before she was pregnant.

"I'm that girl that got that pinterest wedding. I'm getting the pinterest baby shower, [the] nursery that everybody dreams of,"  said Kristen.