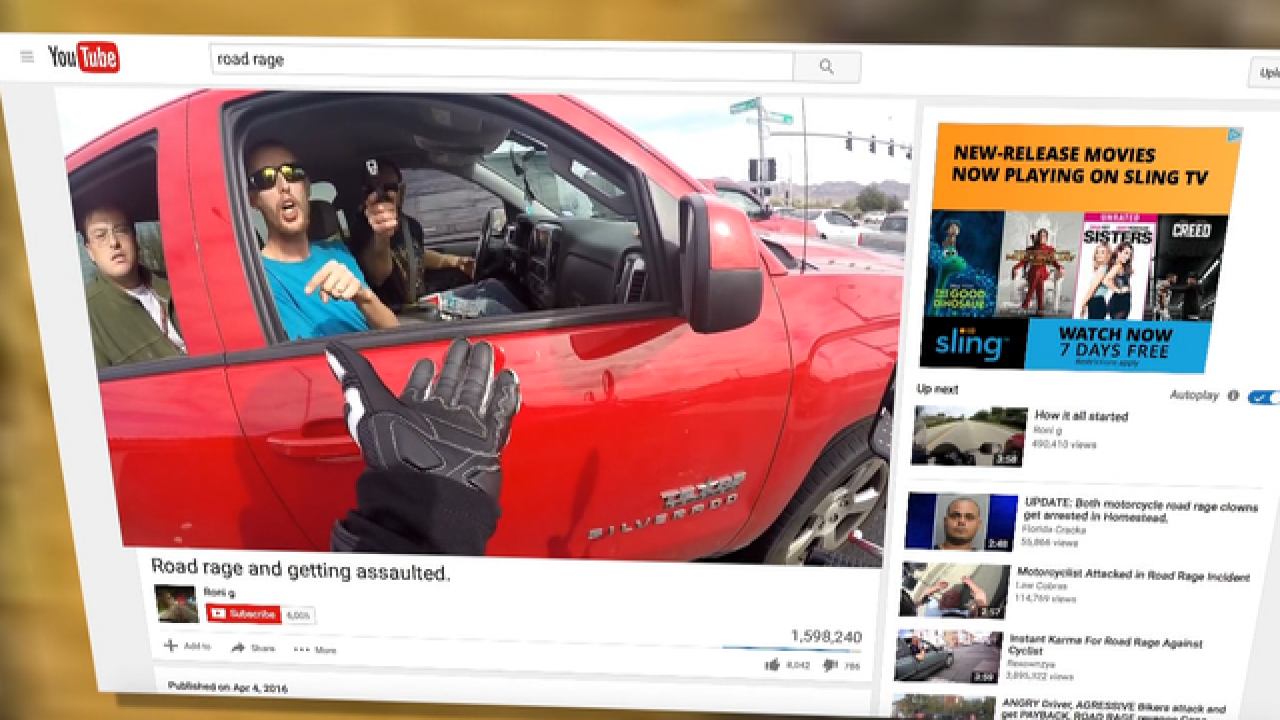 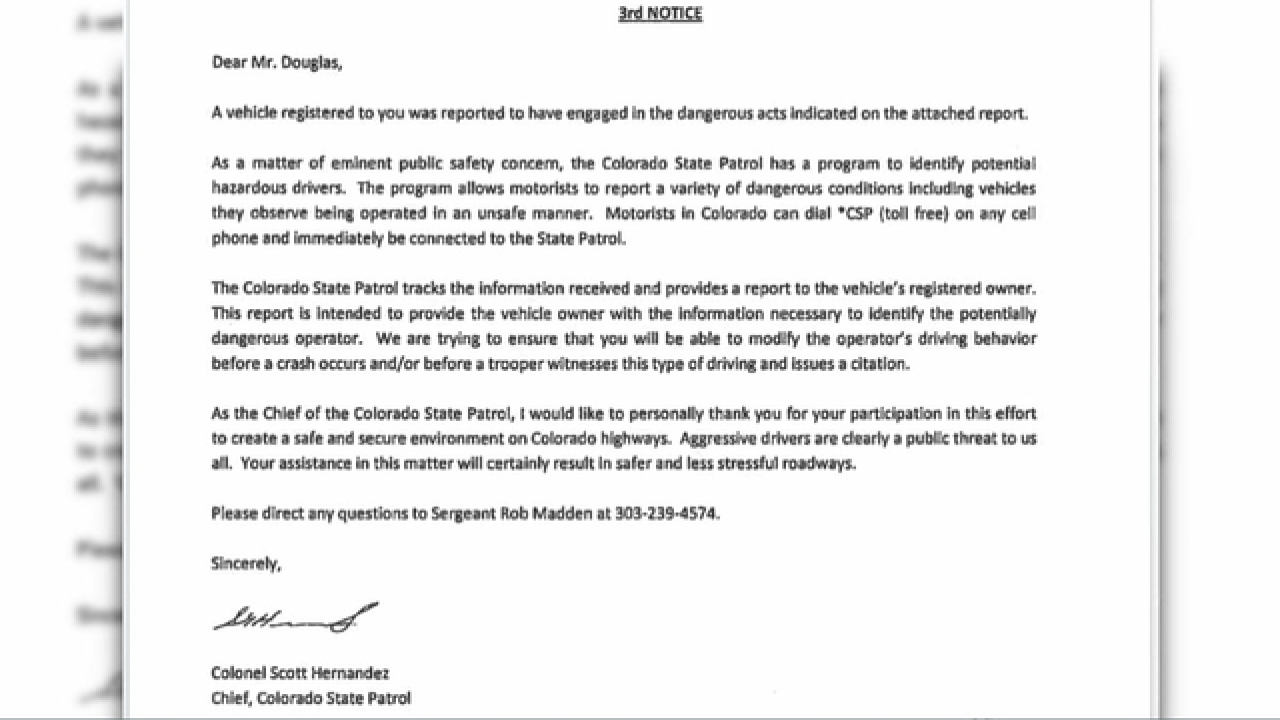 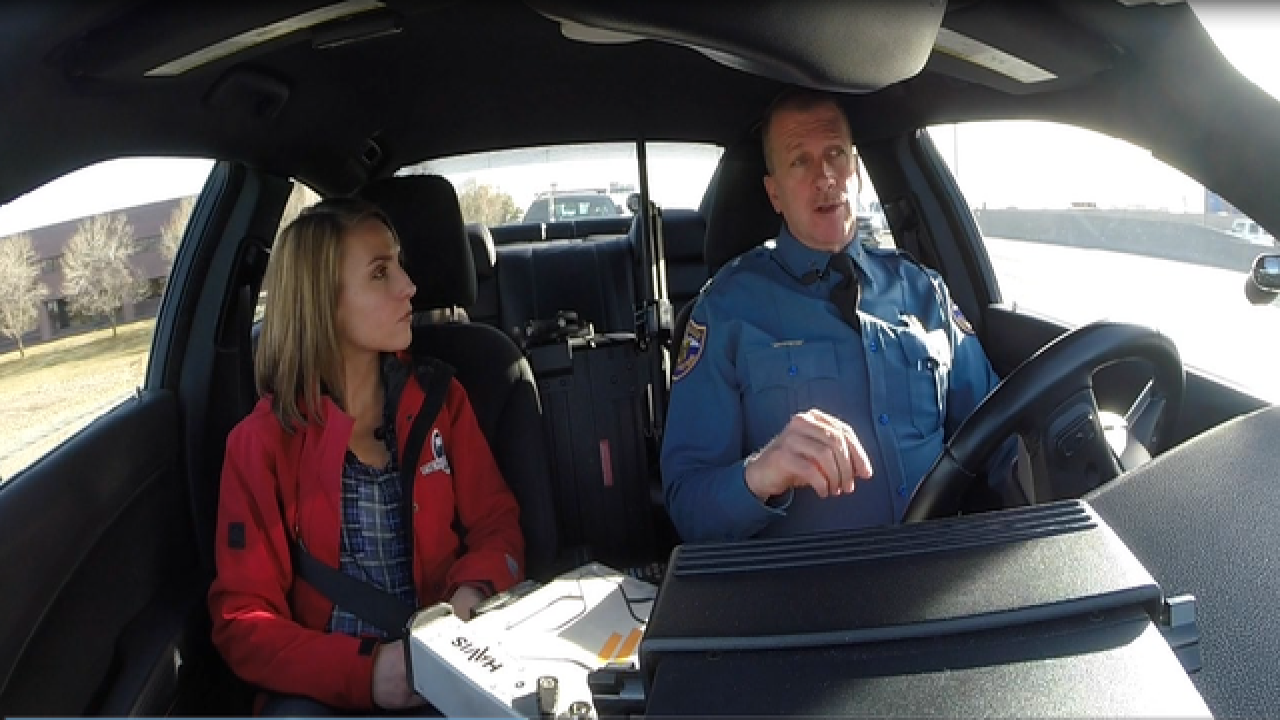 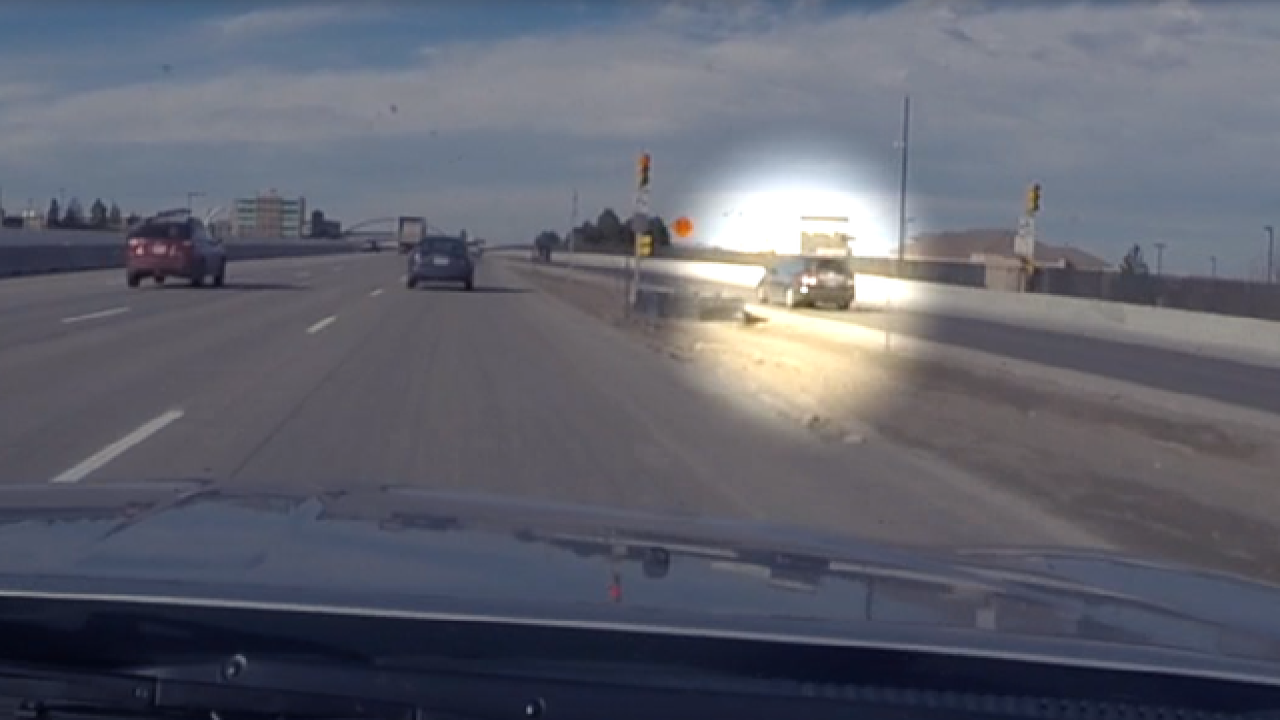 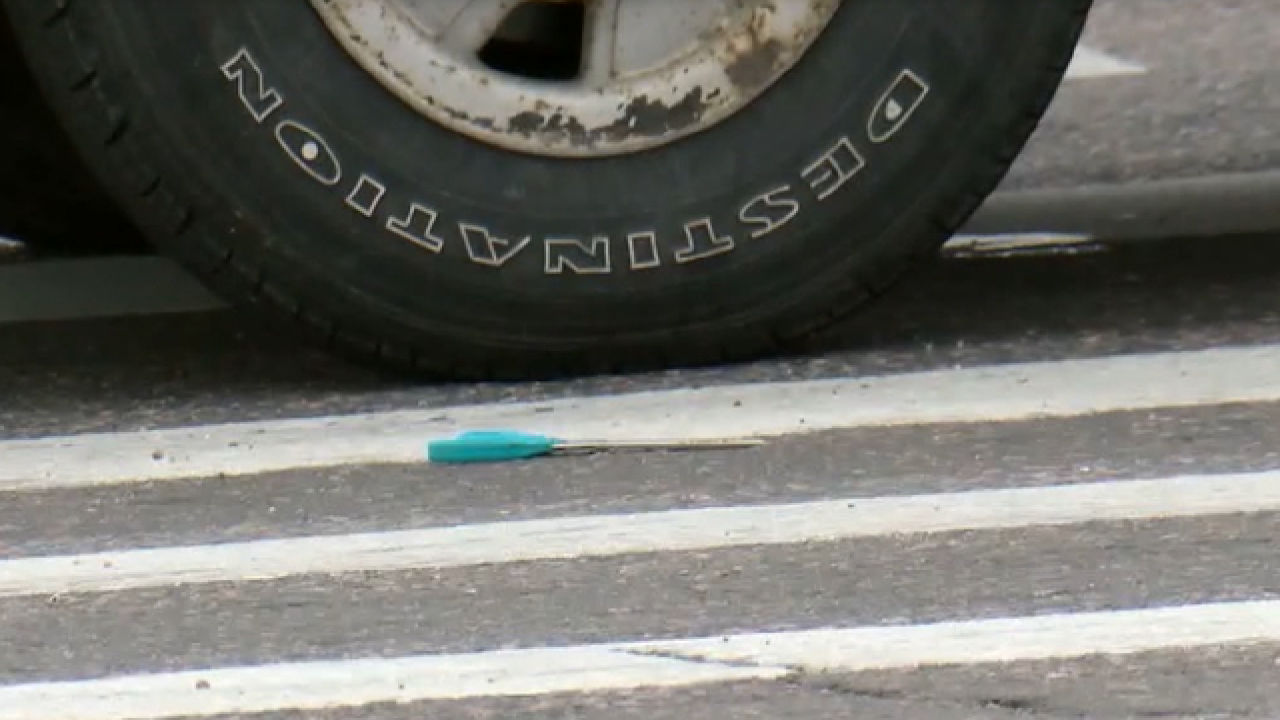 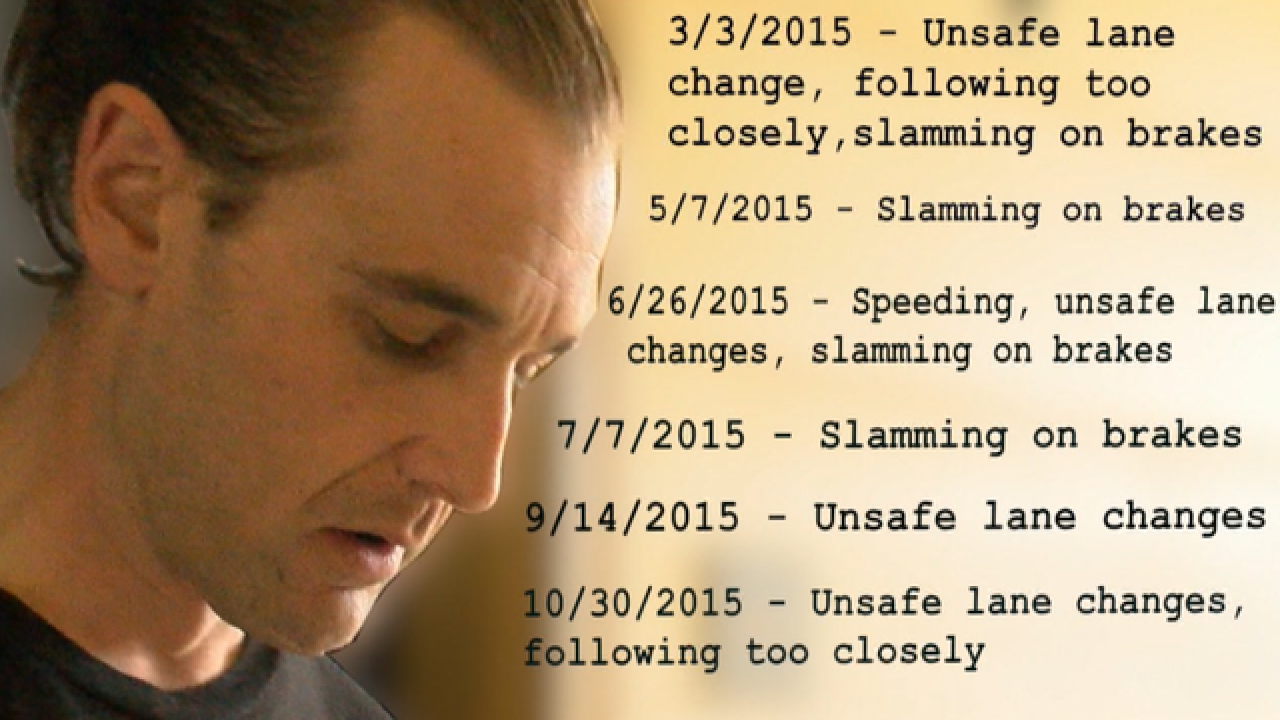 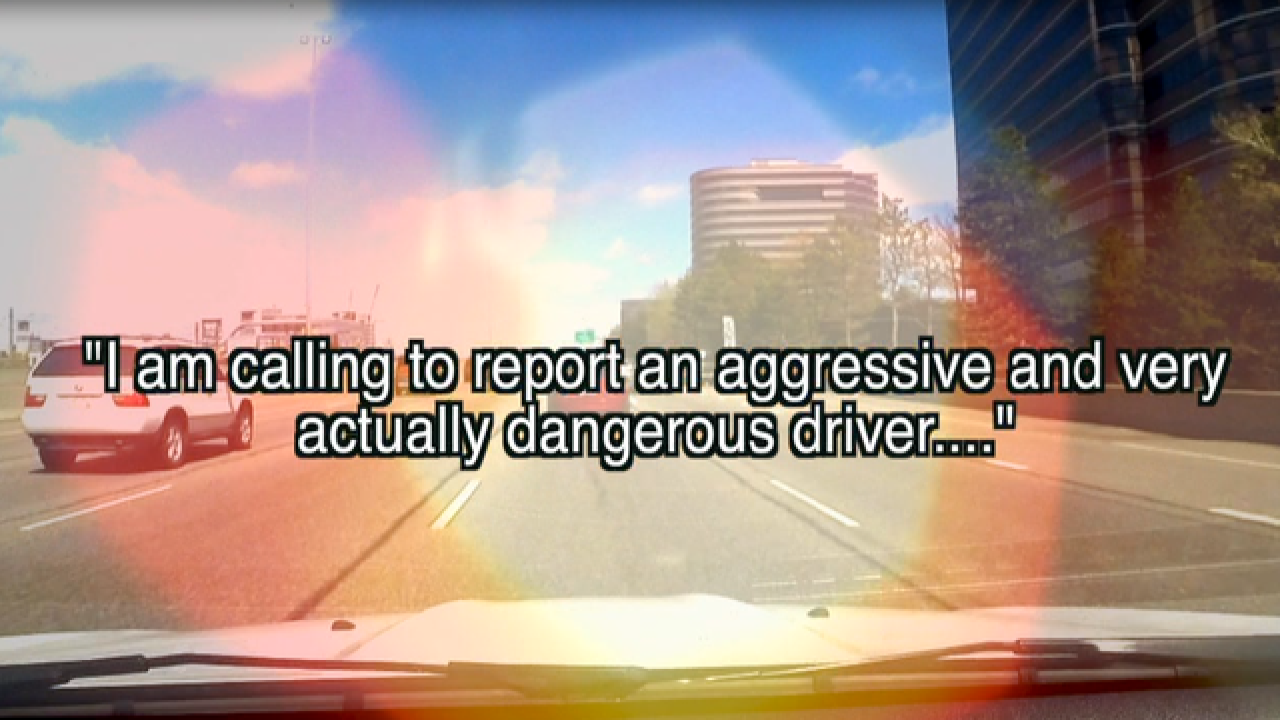 We've all seen aggressive drivers out on the roads -- finger flipping, brake checking or following too closely.

Colorado State Patrol is always on the lookout for these dangerous drivers, and they've been on the hunt for one driver in particular.

"People just, they rage, at any time under any kind of circumstances, any weather," said State Patrol captain Jeff Goodwin.

The videos are all over YouTube - drivers screaming at other drivers, pulling out weapons, and in some cases even assaulting or killing other motorists.

In January, this Austin road incident went viral after two angry drivers began fighting with a stick and a bat in the middle of traffic and the whole thing was captured on cell phone video.

A few months later, Colorado saw its own road rage incident turn violent in Adams County. A driver is accused of stabbing a guy with scissors in the middle of the road on Southbound Federal.

"It's almost like being in a movie or a video game and you're getting revenge on someone," said Captain Goodwin.

Denver7 rode along with state patrol to see if we could catch aggressive drivers in the act.

Less than thirty minutes into our drive, our cameras caught a van blow through a red light getting onto I-25 and then cut across four lanes of traffic.

"This is the exact kind of behavior that we get calls on every day of the week," said Goodwin.

Goodwin was able to pull the van over and cited the driver with careless driving.

He called it a perfect example of what starts road rage.

"He's just in hurry, but look at how many people he probably made angry before we got him pulled over," said Goodwin.

Colorado State Patrol tracks road rage complaints, and records show an increase in the number of people calling in to report dangerous drivers.

Last year, 65,341 people used their cells phones to call CSP and report road rage incidents, which is the most complaints state patrol has seen in seven years.

In the first two months of 2016, state patrol received 7,594 complaints in the Denver metro area.

When compared to the same period last year, just over 6,000 calls came in -- which is a 22 percent increase in the metro area.

"That's why this is so important to catch these drivers that are sort of stirring the pot," said Goodwin.

Goodwin is referring to repeat offenders who receive multiple complaints from different drivers at all times of the day.

Once a driver gets three complaints, Colorado State Patrol sends them a warning letter in the mail.

After five complaints a Trooper will hand deliver the letter to the driver's front door.

Also at five complaints, CSP said a troop commander can make the decision to keep an eye on the driver's behavior, and see if they can catch them in the act.

Tracking down one of CSP's worst offenders

Denver7 went along with the Colorado State Patrol as they worked to track down a driver it says is one of their worst offenders.

CSP provided records for a driver by the name of Houdini Douglas who they said has received seven road rage complaints in an eighth-month period.

Starting in March of 2015, CSP said Douglas has been called in for making unsafe lane changes, slamming on brakes, and following too closely.

After several days of trying to track down Douglas, CSP found him at his apartment.

"When we get multiple calls on a vehicle from numerous different motorists, it's a concern to us," said McDowell.

"Half of these things people did to me," Douglas said.

"Are you trying to say you are a good driver, and you're not an aggressive driver?" Denver7 asked.

"No, um, I'm saying that certain instances or instance I was, 'a bad driver' would be a totality [sic]," answered Douglas. "Near as I can tell, none of them have any legal ramifications."

While the Colorado State Patrol can't issue a ticket based on complaints alone, unless the person who filed the complaint is willing to testify in court, they hope the warning letters and visit from a Trooper sends a strong message.

"There's just a mentality now that a lot of drivers feel like their lives are more important than everybody [else's]," said Goodwin.

Which is why CSP says they'll always be out there watching and holding people accountable.

"I don't feel I have anything to defend against," said Douglas.

Denver7 also wanted to find out how other similar size states deal with aggressive drivers and how our state compares.

In New Jersey, they don't send out warning letters. Instead, they ask people to call their non-emergency line to report aggressive drivers. Troopers then go out and try to find the driver right then and there.

“We try to locate those drivers, we try to get the information out through dispatch to the troopers in the area so that the troopers can locate the driver and observe some of that behavior that the motoring public was observing," said New Jersey State spokesman Sgt. Jeff Flynn.

"We encourage people to call 911 and actually talk with a dispatcher. Because a lot of times we can get that relayed to troopers who are out on the road and we can get those vehicles stopped," Jones said.

He said the state patrol already has an aggressive program in the Seattle area, using six unmarked vehicles -- from Dodge Chargers to Ford Explorers -- to target "dangerous driving behaviors" -- "people on their phones, people following too closely, people flashing on their high beams, driving on the shoulders, and cutting in and out of traffic."

The state patrol is also analyzing the driving histories of repeat offenders whose vehicle license plates have been reported to 911.

"Some of our worst offenders are people we're having reported 10, 12 times," Jones said. In some cases, he said, "You've got a bunch of reports over different days between 8 and 8:30 a.m. in the same location."

"Nothing quite changes someone's behavior like receiving a very expensive ticket," Hill said

In Arizona, they focus on street enforcement and fines to deter aggressive drivers.

"I think getting a very expensive ticket -- and the fines are profoundly expensive here -- is a teaching moment for our drivers," said Bart Graves, a spokesman for the Arizona Department of Public Safety.

He said fines for aggressive driving can range from $300 and up.