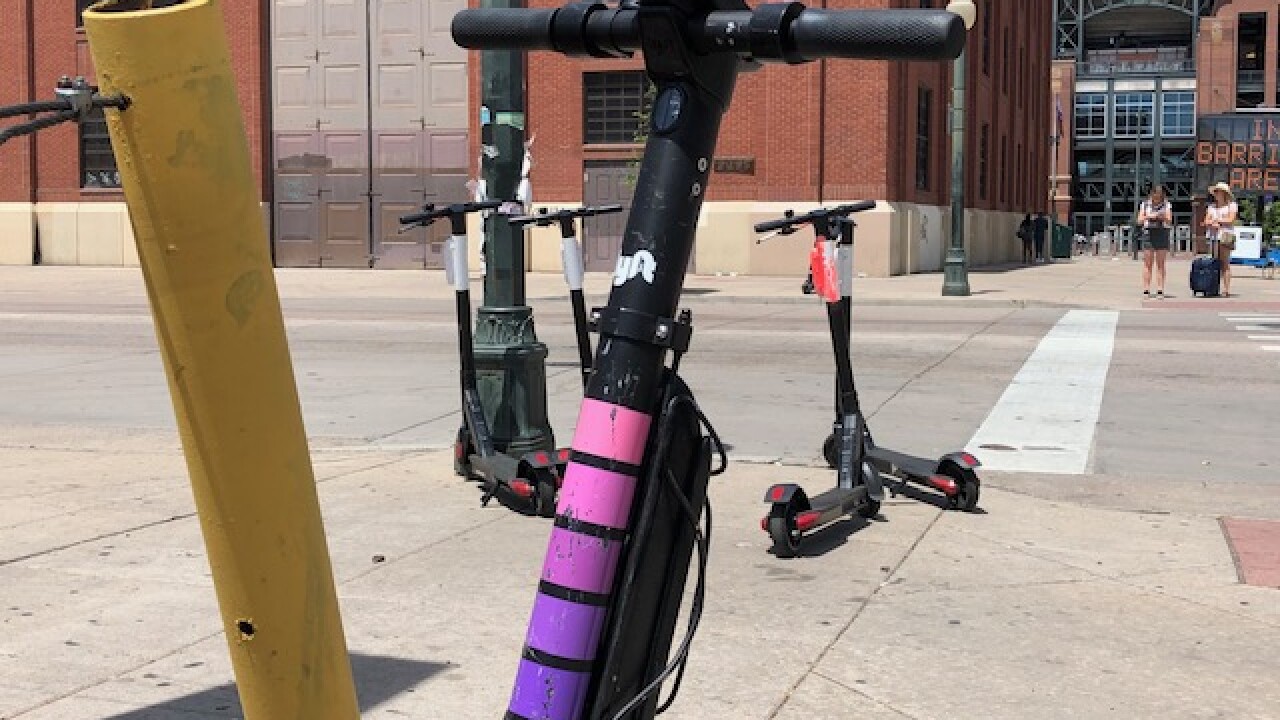 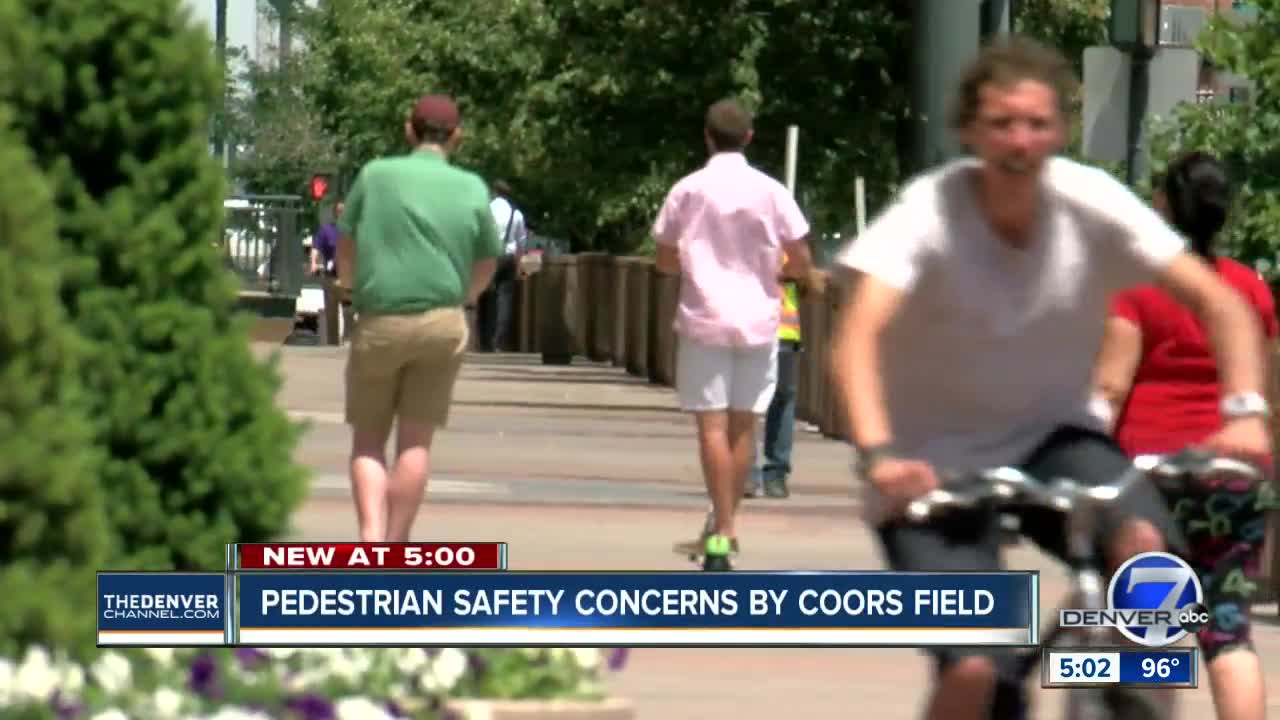 On June 28, a 34-year-old woman riding a scooter eastbound, at an undetermined speed, on the sidewalk catty corner from the ballpark at 20th and Blake, was seriously injured while attempting to pass another scooter on the right.

The police report said her handlebars got caught in an iron railing, knocking the rider to the ground face first.

A family member told Denver7 that the victim, Caitlyn Jacobsen, is still in the hospital in the progressive care unit.

That was the latest accident involving a scooter in Denver.

Denver Police reports show scooter riders have been involved in everything from hit-and-runs, to out of control riding and individual falls.

"We're working with Denver's Dept. of Public Health and Environment to take a closer look at those injuries," said Denver Public Works spokeswoman Heather Burke, "because safety is our number one priority."

The city is restricting the use of scooters near Coors Field on game days, at the request of the Rockies.

Warren Miller, the Colorado Rockies director of communication, said it's not a ban.

"We're asking fans to dismount two hours before the first pitch," he said and walk through (with scooters, bikes or skateboards.) "Once area clears they can ride through."

Burke said the city is is still formulating its electric scooter program.

She said the "pilot" program that began last summer was set to expire at the end of this month, but will now be extended through August.

Burke said the city is encouraging the use of scooters and other modes of transportation, as a means of "reducing single occupancy vehicle trips."

She said Denver has collected $128,250 in permit fees from the five scooter vendors -- Bird, Lime, Lyft, Razor and Spin.

She also said that since the pilot program began, scooter riders have logged 2.78 million miles in Denver.

Turner Rafter, who was riding near Coors Field Thursday afternoon, said the electric machines are "incredibly convenient, and a lot of fun."

"They're pretty cheap to get around," he added, "compared to using a Lyft or Taxi or something like that. It's normally only a couple dollars to go a few miles."

Rafter's friend, Logan Houf, said one of the most convenient things about scooters is that you don't have to drive around looking for a place to park, nor do you have to pay to park.

When asked about the restrictions on game days, Houf said it will be no problem to walk for a couple of blocks.

Rafter said he feels safe on a scooter.

When asked if he had experienced any close calls, he said, "not personally, but the friend we're staying with did have a close call the other day. It was a little collision, but like everything else, you sign an agreement saying you're going to be responsible and pay attention."

Jim Crawford is mindful of the scooters.

While walking near the ballpark Thursday afternoon, Crawford, who is from Scottsdale, Arizona, said he's been to cities that have far more scooters than Denver.

"There are ten times more scooters in San Diego than here," he said.

When asked if he worries about getting run over, he said, "No. I'm more worried for them, they're liable to get killed more than us, because they run into everything."