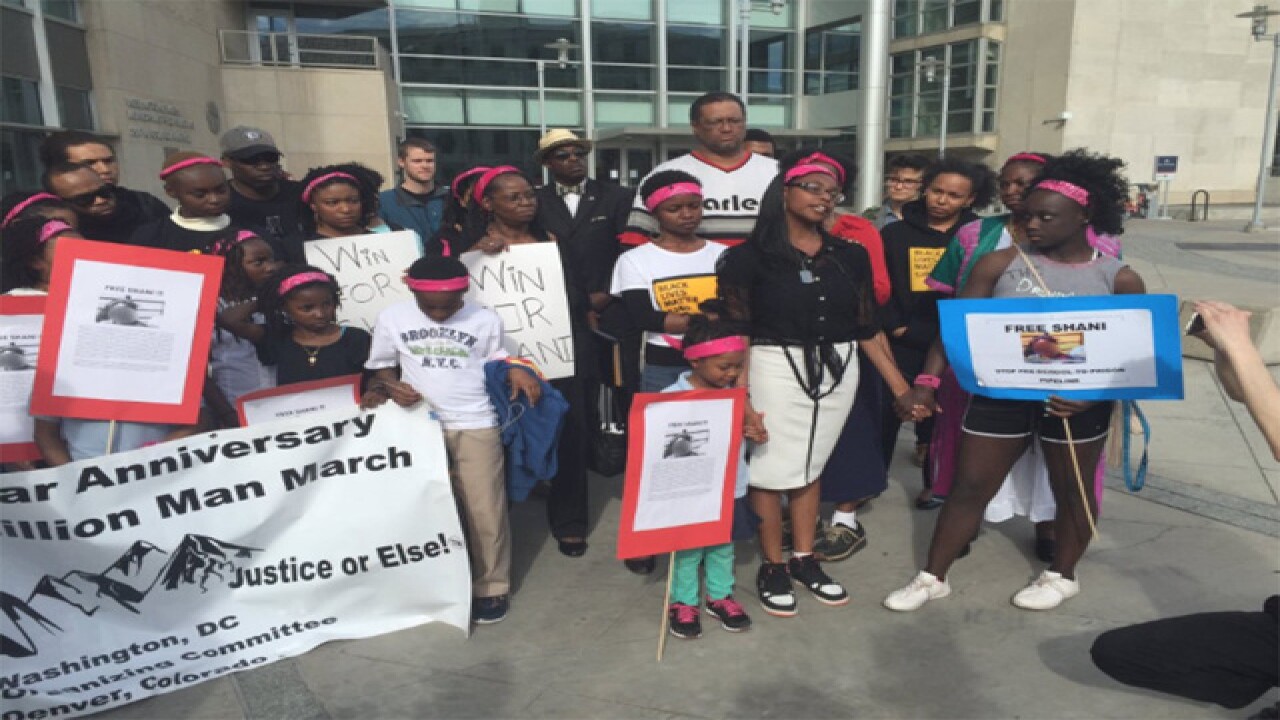 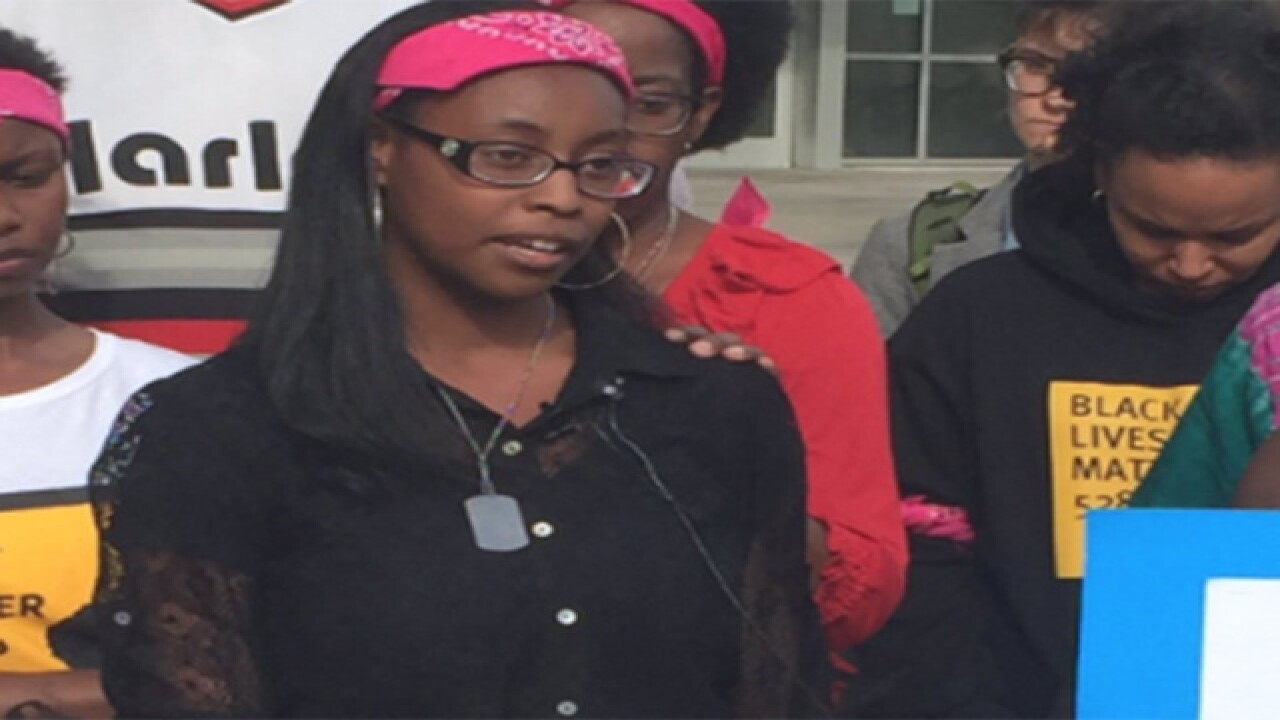 Ashanti Mills, just 14-years-old, was handcuffed, dragged out of a bathroom and then charged with assault -- all because she wore a headband to school.

The incident got her principal and school resource officer fired. It happened back in October at Denver’s newest school, Northfield High.

Yet, six months later -- Mills was still facing a resisting arrest charge. On Thursday, the family finally got some justice when all charges were dropped by Denver District Attorney Mitch Morrissey.

And even though the resisting arrest charge been thrown out, the bizarre case is still leaving many wondering if there's more to come.

"My daughter was not wrong in the beginning, she's not wrong now," said Mills’ mother, Zuton Lucero-Mills.

Mills was arrested for wearing a purple bandanna to school and violating dress code.

The resisting charge stuck until the DA’s office received an audio file just this Thursday, in which you can clearly hear the arresting Denver Police officer say she did not resist.

“She pulled away,” the officer is heard saying. “She didn't strike us. We're not charging her with assault, or resisting arrest or anything like that. But, it was pretty hard to get the handcuffs on her."

What happened last fall at Northfield High School is only now becoming clear. The principal, Avi Tropper, was allowed to resign. The school resource officer was terminated.

The whole ordeal started when Tropper pulled Mills out of class.

“I was wearing a purple bandanna,” Mills said.

She said she asked why she couldn’t wear it, as she had worn the bandanna in school dozens of times before. She then asked if she could go to the bathroom.

She said she walked in and went to the furthest stall in the back. “And they came in the bathroom and the security guard unlocked the stall,” Mills said.

“He grabbed my right arm and pinned it behind my back,” Mills said. “At that time, I became very scared and I did not know what to do."

Things calmed down, but only after a female staffer intervened.

“I was in tears,” Mills said. “I was in hysterics. I did not know what to do. She blocked both of them from coming anywhere near me."

The DA said Thursday he was sorry for the trauma the experience caused Mills, but added that sometimes evidence doesn’t present itself until late in the case.

"Upon learning of that evidence today, our ethical obligation is very clear to dismiss this case," said Lynn Kimbrough, communications director for the Denver DA’s office. "We wish this young woman the very best, and hope that she can move forward."

"Backhanded justice is not justice,” said Lucero-Mills. “It doesn't stop here. It can start here, though."

The family is now calling on the Chief of Police to step in and file criminal charges against the now former principal and school security guard.

After the arrest, Mills was put on pre-trial home detention. Something her family said had a traumatic impact on the teenager.

“It’s not my job to do what Mitch Morrissey's office should be doing,” said Lucero-Mills. “How this ever went on for this long is absurd. Evidently, someone did not do their job.”

The family called it a smear campaign.

“We filed a complaint with the DPD months ago. Yet, they’re still pursuing Shani. Hunting Shani. Targeting Shani,” said Tolokun-Ajinaku.