After several violent attacks on the 16th Street Mall, a new era of security for visitors 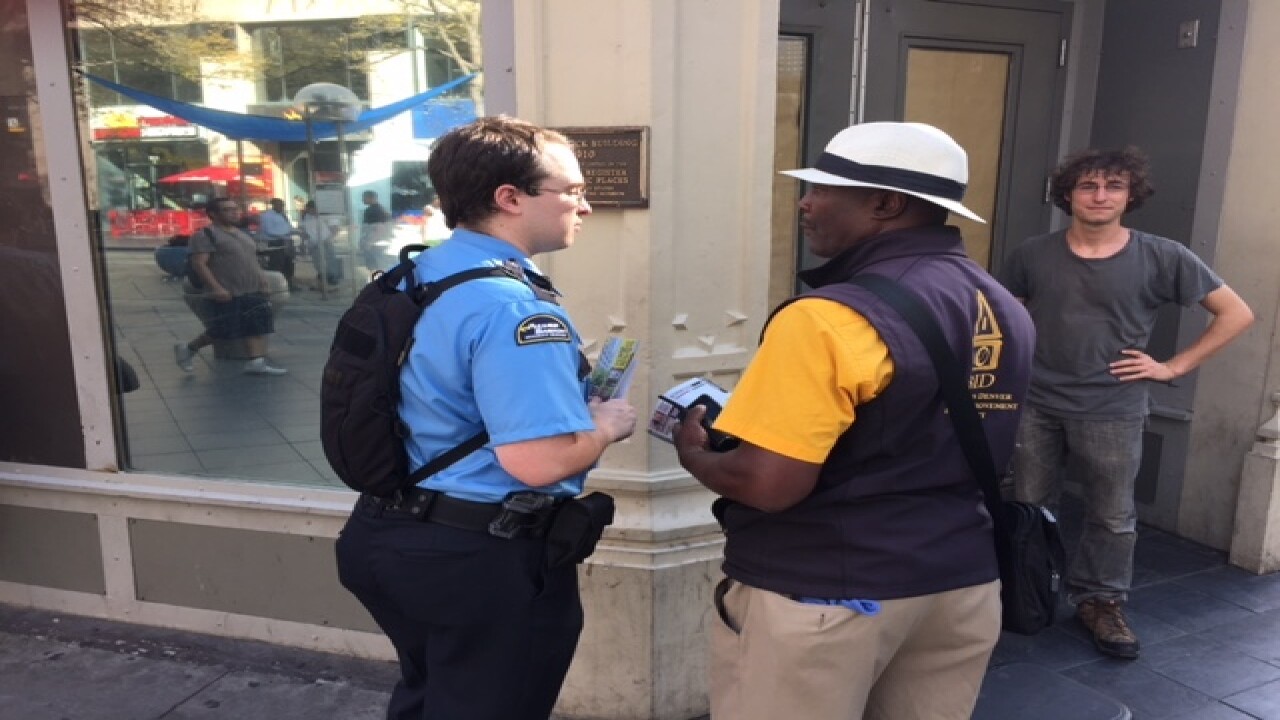 DENVER -- After a rash of violent attacks on the 16th St. Mall, private security guards began patrolling the area for the first time this Wednesday.

Allied Barton Security Services, the firm hired to keep the mall safe, will have guards patrolling 24 hours a day, 7 days a week.

The officers will be wearing blue shirts but will not carry guns -- they will be armed instead with pepper spray and handcuffs.

"I’m hopeful this will work,” said Kyle Sherman who owns a software business on the 16th St. Mall.

“We’ve had a number of employees who – just leaving the business at 5 o'clock are just being harassed. We've had to escort female employees to the parking garage. This is all right on 16th. It really shouldn't be like this - right?" said Sherman.

The number of guards who will be patrolling the area is still unclear.

"We actually haven't set a specific number that will be out there at any given point in time," said Tami Door, CEO of the Downtown Denver Partnership. Door said some aspects of security should remain ‘secure,’ like the number of guards out at any given time.

The guards will enforce local ordinances, but really have no authority beyond that to make arrests.

“In the most extreme cases, when life and safety are an issue out on the mall, they have been trained on citizen's arrests to detain and protect," said an Allied Barton spokesman.

"I'll tell you what I hope not to see: anymore videos," said Denver Chief of Police Robert White.

But White and Door were quick to caution the public that this added security does not translate into moving all transients and 'urban travelers' off the mall.

"As you well know, panhandling is not against the law," said White. "Loitering and gatherings are legal," said Door.

The security guards will not replace police. The DPD plans to continue with a heavy presence on the mall, according to White.

"Yes, if it didn't improve, we would have to," Sherman said.

Mark Sidell is the president of Gart Properties, which owns the Denver Pavilions on the mall.

“We just need to create a comfortable environment any time of day,” Sidell said.

Sidell pointed out that the Pavilions have always had private security.

“Not because we have problems, but because we don’t want problems,” Sidell said. “In the presence of uniformed officers, there’s a sense of order. And people make better choices.”

The private guards all go through training exercises before becoming guards. They will start by patrolling between Broadway and Arapahoe, but they can be deployed to any problem areas on the mall based on the need, according to Door.