A-Line again stranded near DIA: Here's how you can ride it for free next time 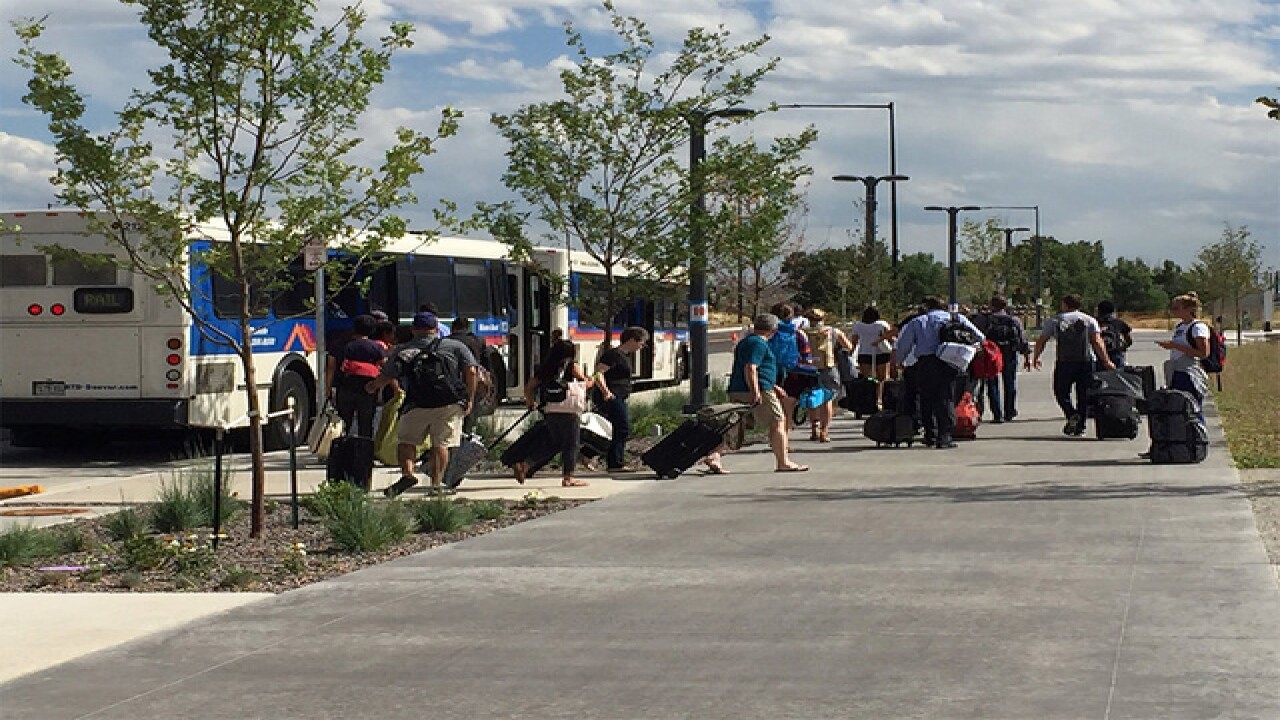 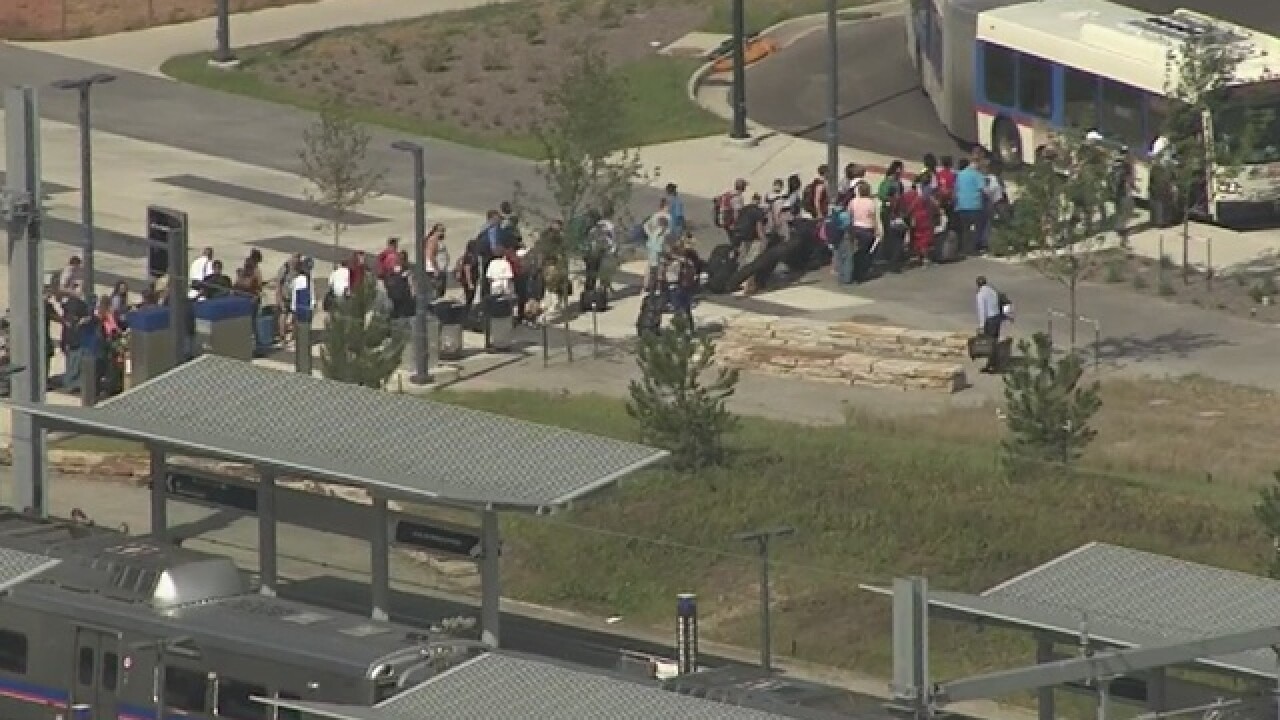 DENVER -- The "train to the plane" was stranded (yet again) on its way to Denver International Airport, and it took six hours for it to go anywhere Wednesday afternoon.

RTD's A-Line was stranded near the 61st and Pena station due to an overhead power line issue that impacted one the tracks at around 2:30 p.m. Crews were working to evacuate the passengers from the train, according to Tina Jaquez, an RTD spokeswoman.

A line is operating between Union Station and 61st & Pena, bus shuttles in place @DENAirport to 61st & Pena. Info: https://t.co/m695EsgRy0

It took Lamb more than an hour to get from DIA to the next stop, by bus. This isn't his first time getting stranded because of an A-Line issue.

The second track on the bridge was being used to get passengers back and fourth from the airport to downtown, Jaquez said. Bus shuttles were operating from Denver International Airport to 61st and Pena Boulevard.

As passengers were being relayed at the 61st and Pena Station, there was confusion at the ticket kiosk.

"No one told us we had to buy a ticket or not. They said the bus was free and then this TSA agent said she didn't think that they would charge us, but wasn't sure and didn't confirm whether or not they were going to charge us or not," said commuter Kait Perry. "I shouldn't be able to buy a ticket, but if it was working at the airport, I was going to have to buy a ticket anyway."

Someone wearing an RTD uniform at the station was telling passengers to bypass the kiosk and go straight to the train.

As only one track was operational, travelers were advised to expect major delays if taking public transportation to get to DIA.

"Crews are looking into what caused the power outage, and this could take a few hours to fix," Jaquez said.

Jaquez added the A Line was stranded near the same location where 80 passengers had to be evacuated from back in May.

So what do you do if get stranded on instances like this? RTD offers free passes to make up for the time lost with a free ticket to get you anywhere you want.

Click on this link to fill out a "free ride coupon" form if you've ever been delayed longer than 30 minutes. There is a bit of fine print, though. The delay could not be caused by weather or traffic.

FREE! Got your attention, huh! Have you had am @RideRTD bus or A Line train ride more than 30 minutes late? https://t.co/R77gv0DgcU #Denver7

Passengers trying to catch a flight were urged to contact their airline immediately, but delays at the airport itself did not seem to be an issue for travelers.