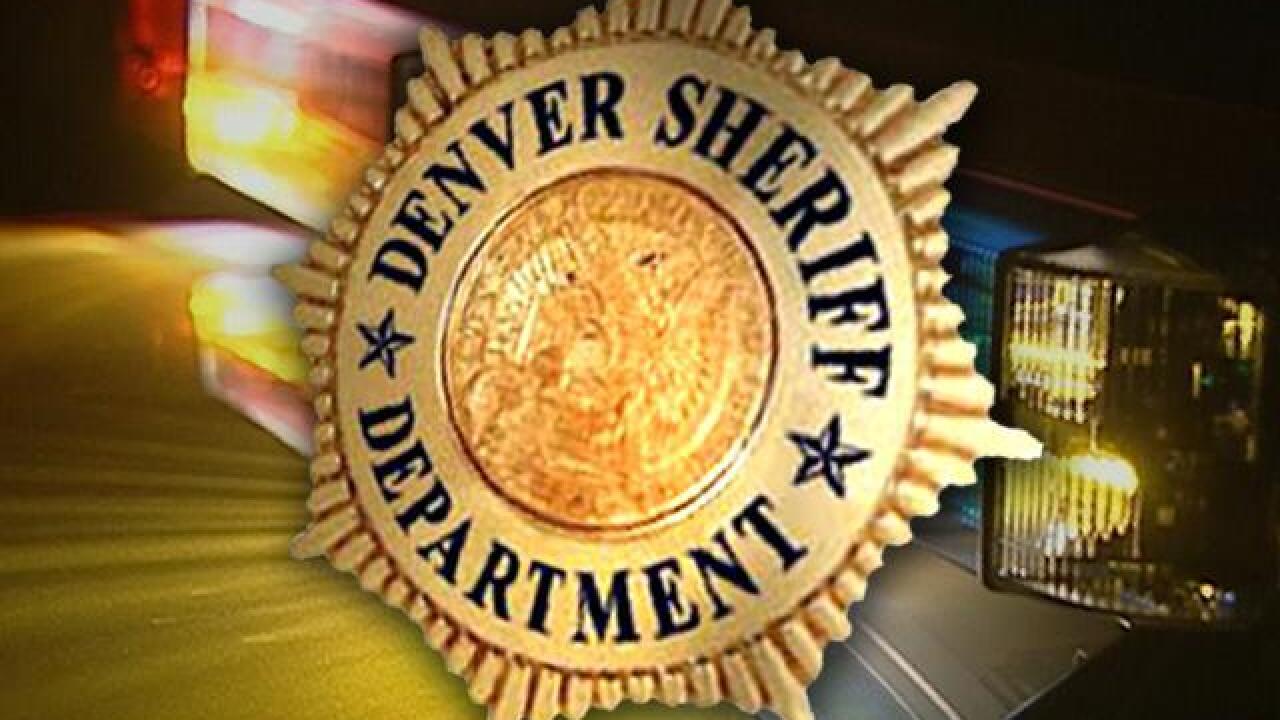 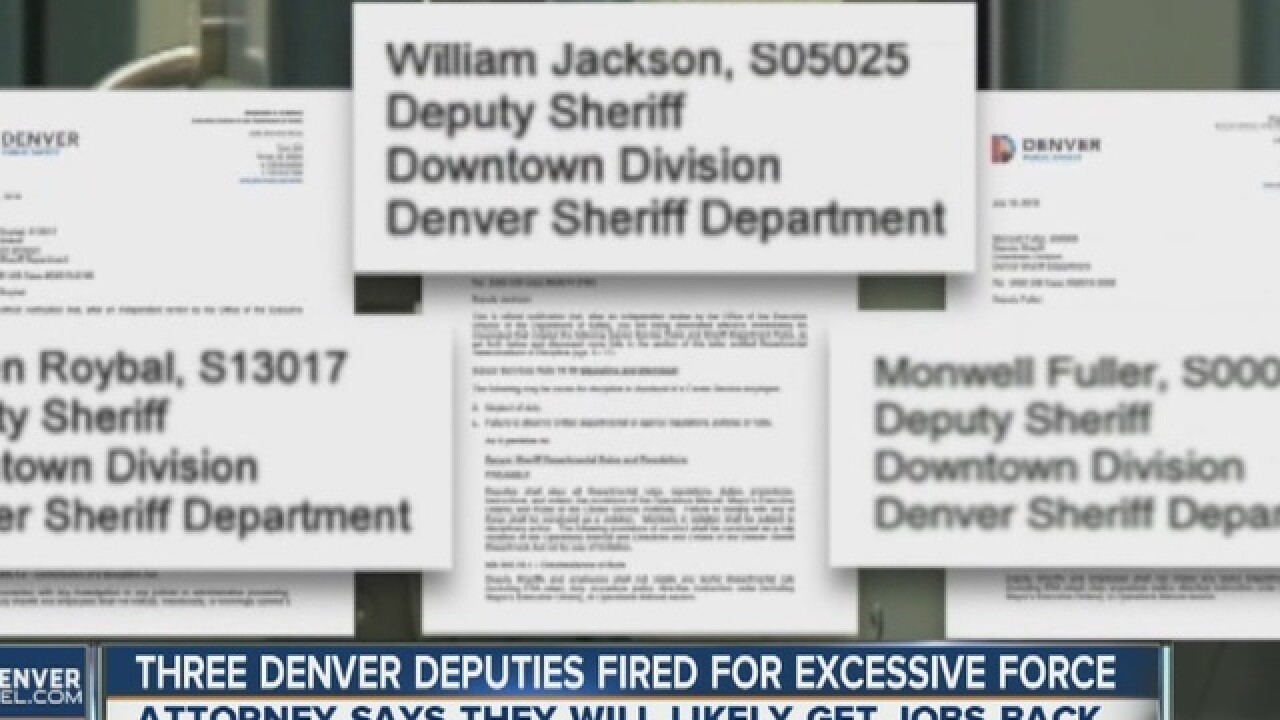 DENVER -- The Denver Sheriff Department fired three deputies within a two-week period for using excessive force against inmates, including one mentally ill man who believed that God had descended from the clouds to hand-deliver a Bible.

Deputy William Jackson and Deputy Steven Roybal were terminated June 27, and Deputy Monwell Fuller was terminated July 12, according to their disciplinary letters, which were obtained by The Denver Post through an open-records request. All three incidents happened at the Downtown Detention Center.

In all three cases, Shannon Elwell, a civilian review administrator in the Department of Safety, wrote that the deputies’ actions violated the department’s guiding principles of respect, judgment, sensitivity, integrity, accountability and professionalism.

“Deputies hold a position of trust, a trust bestowed upon them by the department and the community and are visible representatives of government,” each letter said. “They are given enormous discretion in carrying out their duties — discretion which also carries tremendous responsibility, especially as it pertains to authority to use force.”

You can read more from our partners at the Denver Post.