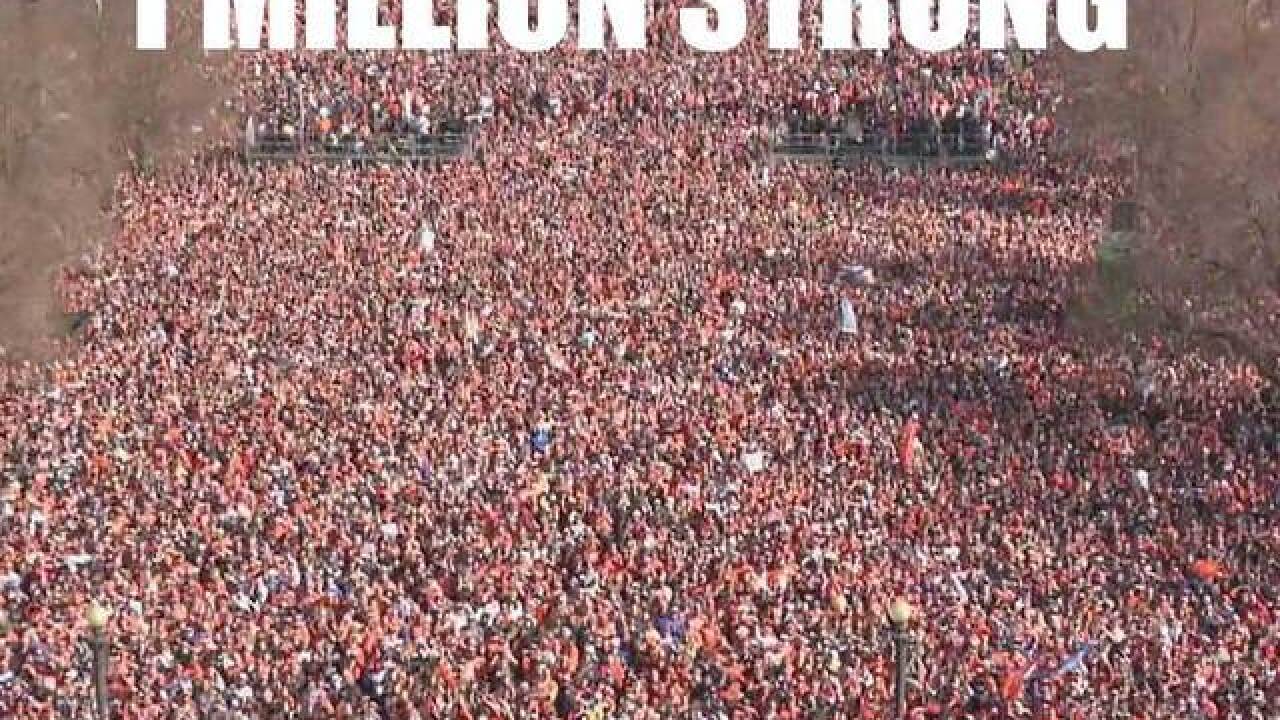 That one arrest was for someone making threats, police said.

It's estimated that more than one million people lined the roads and packed into Civic Center Park for the celebration.

"Thanks to all who came to the BroncosParade & celebrated responsibly," Denver police wrote on Twitter. "You made our job very easy."