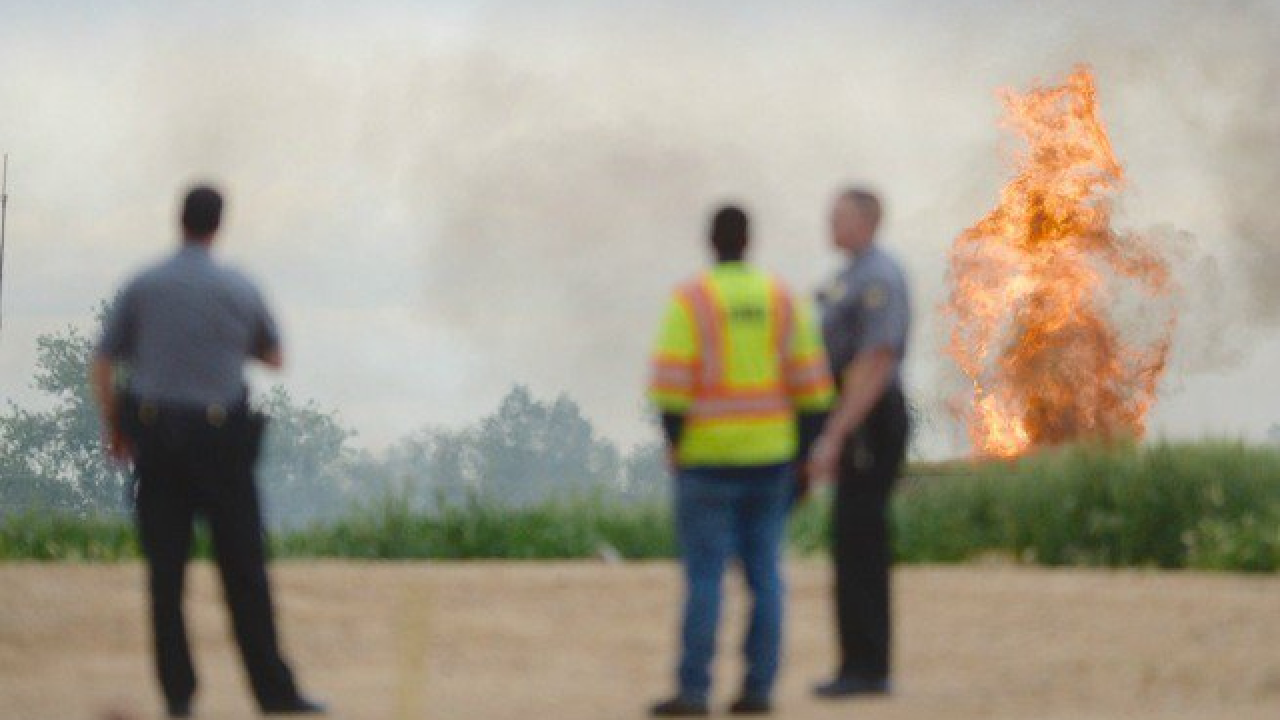 DENVER – A construction worker killed after an oil tank battery caught fire not too far from Mead on Thursday has been identified by the Weld County coroner.

Oscar Lopez Velasquez, 32, of Greeley was discovered dead at the scene of the fire that also injured three other workers, who suffered burns following the incident.

The manner and the cause of his death will be announced when laboratory testing is completed “which may required about 30 days,” according to Weld County coroner Carl A. Blesch.

Velasquez’s death is the third linked to Anadarko-owned oil and gas properties in Colorado in the past two months.

The Anadarko-owned oil battery tank was billowing a plume of dark smoke just three-and-a-half miles north of the site of the Firestone home explosion, but officials were reluctant to make any connections between the two.

Authorities said they believe workers were performing maintenance on the battery when the fire broke out.

Meanwhile, federal investigators from the Occupational Safety and Health Administration (OSHA) and National Transportation Safety Bureau (NTSB) have joined local and state authorities to determine the cause of Thursday’s fire and explosion.

The Colorado Oil and Gas Conservation Commission (COGCC) is among the state authorities investigating the fire. A spokesman told Denver7 Friday that in addition to helping local fire authorities in the investigation, it will assist OSHA with “technical aspects of oil and gas operations.”

COGCC says it also sent an environmental protection specialist to the scene of Thursday’s explosion to determine if anything was released in the explosion that could affect the environment.

Anadarko will be tasked to file an official accident report with COGCC, and the commission has asked Anadarko to find the root cause of the fire and provide the commission with a written report of its findings.

The Mountain View Fire Protection District is leading the local investigation, which the department says may take “several weeks” to complete.

In the meantime, its crews have gone door-to-door near the site of the fire to test for any outlying gas and talk with residents. Assistant Chief Roger Rademacher said that as of Friday afternoon, no gasses had been detected at the site or close to homes.