Another driver was also killed in the crash, a 3rd is hospitalized with life-threatening injuries 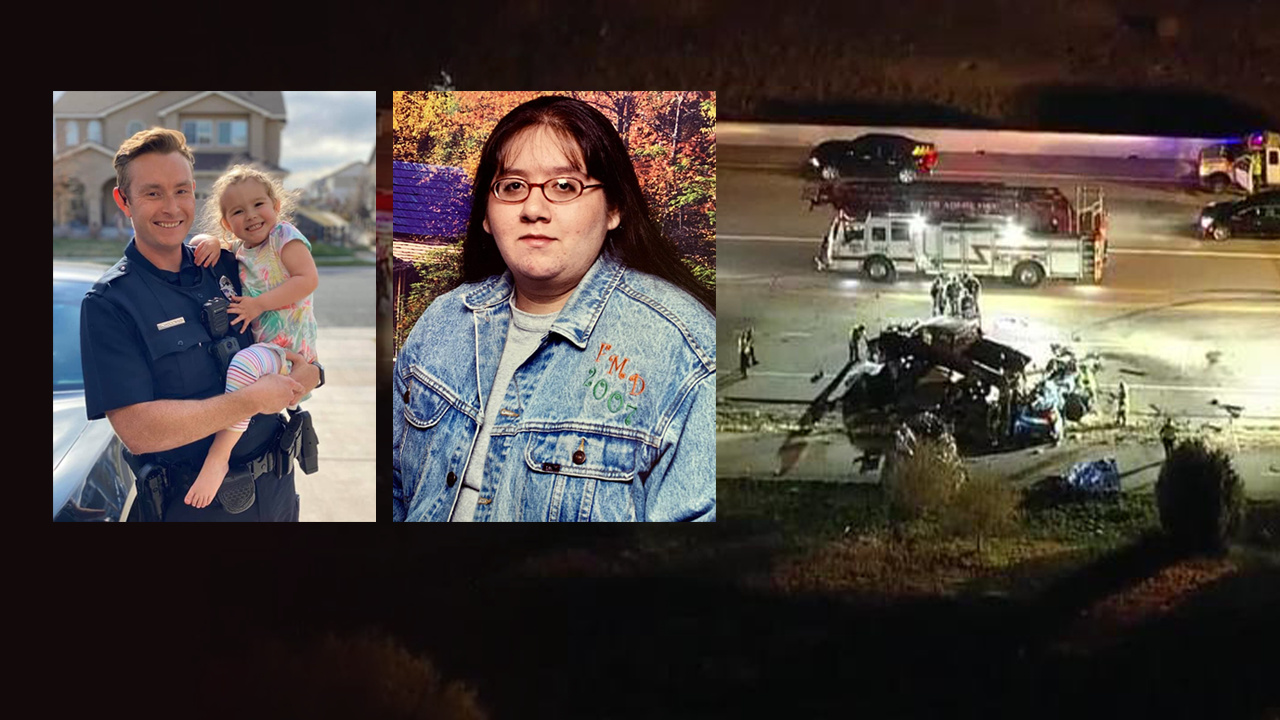 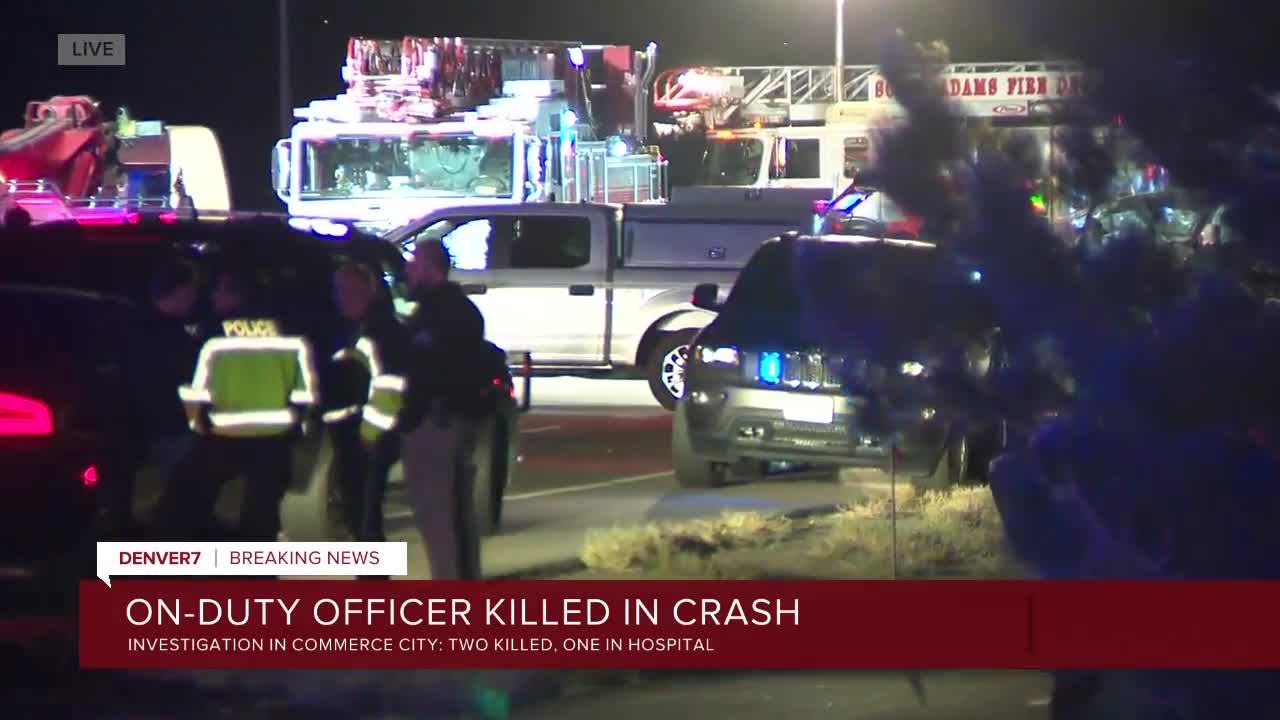 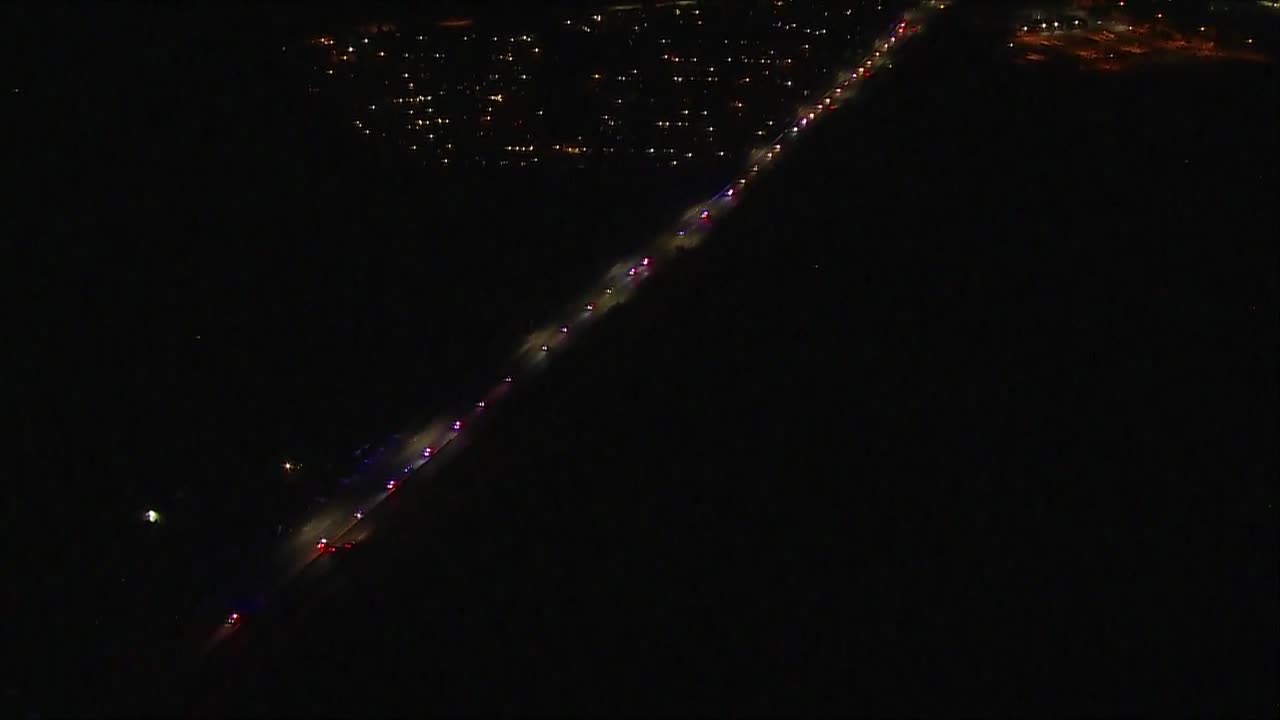 That officer was identified Saturday as 37-year-old Curt Holland. He served the department for more than four years. Another driver who died in the crash was identified as 31-year-old Francesca Dominguez. She was driving a Kia Soul.

The deadly crash between an unmarked Commerce City Police Department Ford Explorer, a Ford F-350 and a Kia Soul happened in the area of Highway 2 and Turnberry Parkway sometime before 6:20 p.m., the CSP said in a news release Friday night. The Ford F-350 was going south on Highway 2, while the unmarked Ford Explorer and the Kia Soul were traveling north on the highway.

Investigators said the F-350 traveled off the right side of the road onto the shoulder, then came back onto the roadway and collided with the unmarked Explorer and the Kia. The F-350 struck the Explorer head-on and collided its side with the driver’s side of the Kia, the CSP said.

The Commerce City Police officer and the driver of the Kia were both killed in the crash.

The driver of the F-350, identified as 45-year-old Fructoso Rosales-Cano, was taken to the University of Colorado Hospital with life-threatening injuries. Alcohol and excessive speed are being investigated as contributing factors in the crash.

A procession was happening late Friday night as law enforcement agencies from all over the Denver metro area gathered to escort Holland's body to the coroner's office. You can watch it in the video below.

You can provide financial support to the fallen Commerce City Police Detective via a Commerce City FOP Lodge 19 fund at https://cofop19.org/.