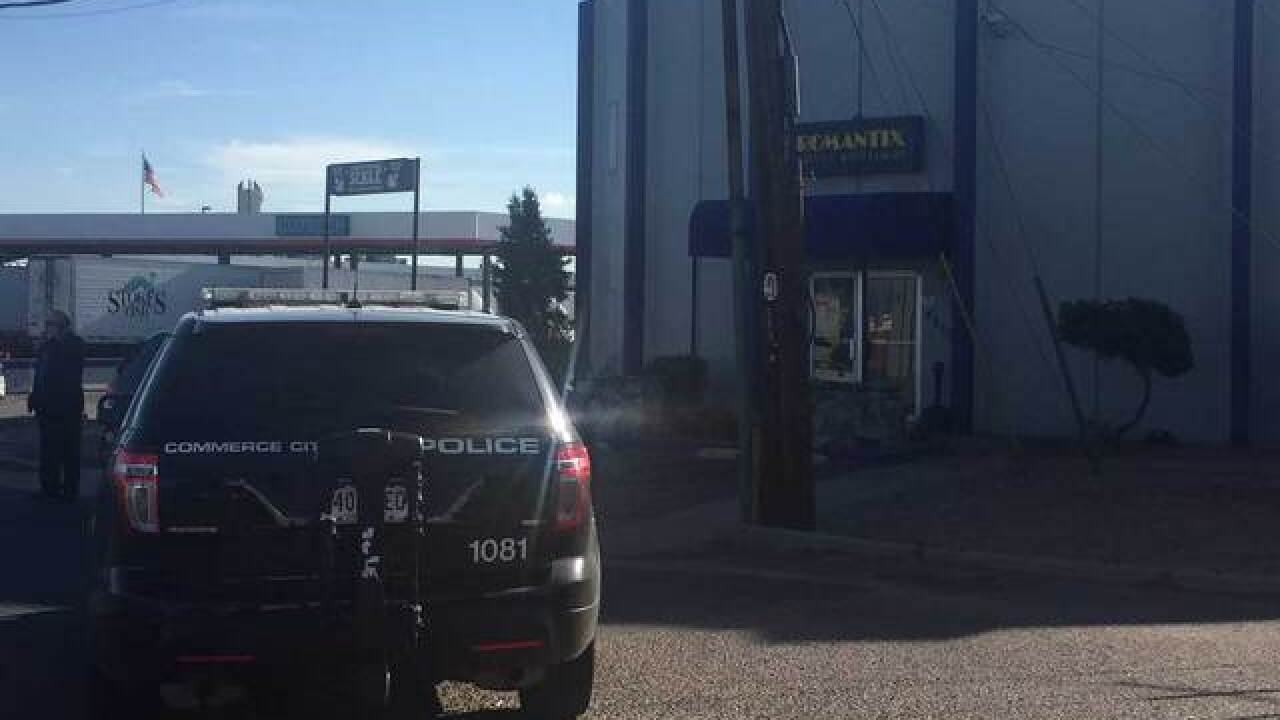 COMMERCE CITY, Colo. -- An armed suspect is still on the loose after an early morning robbery of an adult store in Commerce City.

Police say it happened at the Romantix on Pontiac Street just after six on Monday.

A police source says a man in a surgical mask and rubber gloves came into the adult boutique, pointed a semiautomatic weapon at the clerk, tied her up, and then made off with cash from the register.

Police are looking at security footage, with the only description they have right now is that the suspect is a black man, about 5'10" tall with a thin build.

"It's been my experience that the guy gets away and gets out of the neighborhood. So I don't think there's any threat to the public at this point," Commander Matt Rippy of Commerce City Police Department said.

Earlier this summer, there was an armed carjacking outside the same Romantix location, where one person was shot in the leg. Police don't believe the two are related.