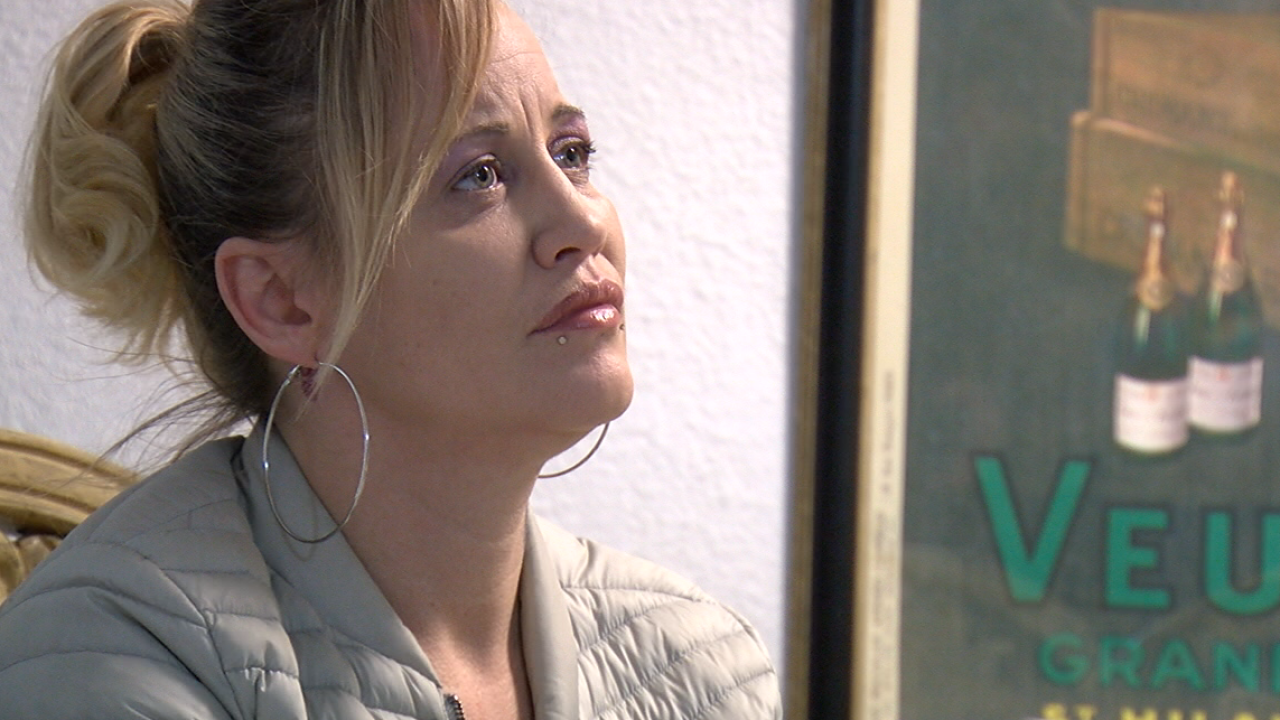 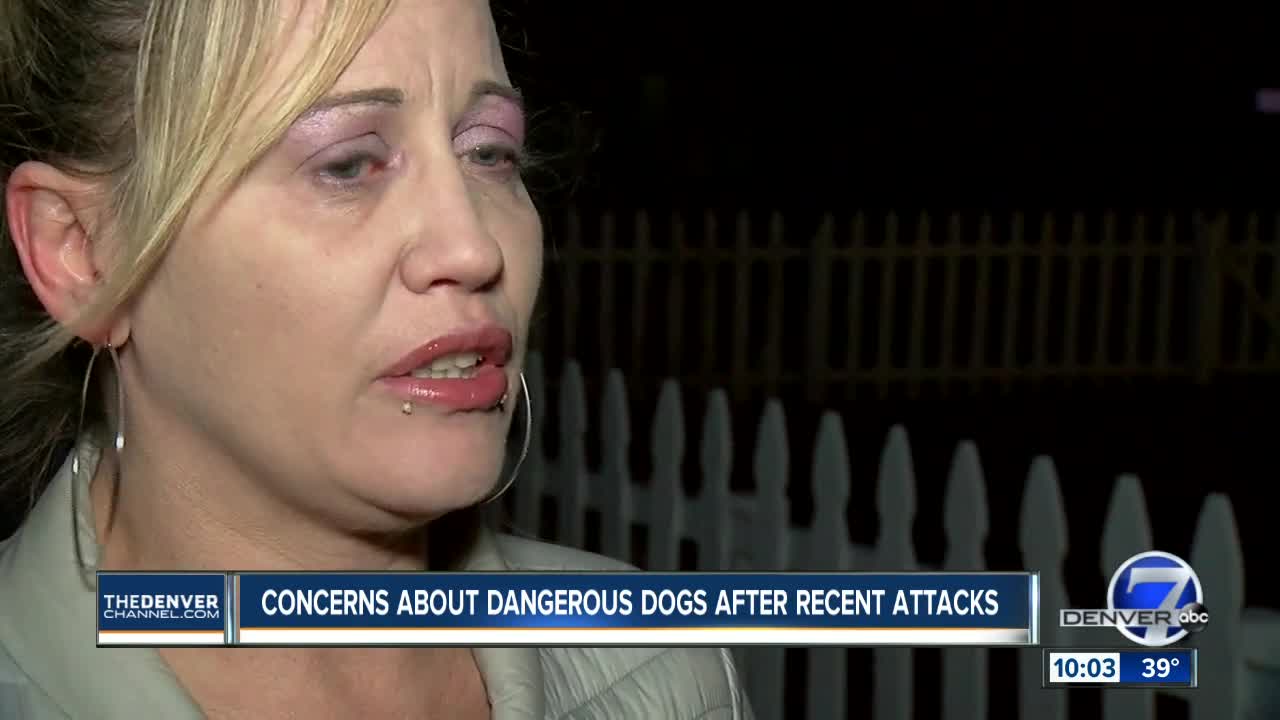 COMMERCE CITY, Colo. — The wounds are still fresh for Cristina Anderson, both physically and emotionally.

“I have to live with these scars for the rest of my life,” she said, talking about the large bite marks on her legs.

On January 2, she and her boyfriend were attacked by two of her neighbor’s dogs, steps from their home on Krameria Street.

“The dog came out and I heard him bark and I turned around and I’m like, 'Oh my gosh,” Anderson explained. “The other dog came and he grabbed my lower leg and they were just ripping it apart.”

Anderson's boyfriend tried fighting them off. When he did, one of the dogs bit his thigh in nearly the same location it bit Anderson seconds earlier.

Reports from the Adams County Sheriff’s Office shows a disturbing timeline starting on November 28, when the two dogs bit a man. Two days after that, the dogs were ordered into a 10-day home quarantine in an RV where the dogs’ owners, Leah Daigle and Chase Bonner, live.

It took only five days after coming home for them to attack Anderson and her boyfriend.

Anderson told Denver7 the attack was “just scary and I knew it was going to happen.”

That's why she called Animal Management four days before the dogs came after her, asking they be removed. The county tells us because no prior victims pressed charges, they couldn't remove the dogs.

Anderson said the dogs' owners took off with their pets after the attack. The sheriff's office says Daigle met with an Animal Management Officer the next day, telling the officer she didn't know where Bonner or the dogs were.

Adams County Sheriff’s Office said, “AMO cited dog owner for 2 counts of Ownership of a Dangerous dog and 2 citations for Interference of an Officer."

Daigle declined to comment. Denver7 was unable to reach Bonner.

Adams Interim Deputy County Manager, Jim Siedlecki, said, “once the dogs are located,the dogs will be impounded at the shelter until disposition of this case, ruling from the courts.”

Anderson toldDenver7 she doesn’t have insurance and will be paying for all of her medical bills out of pocket. Her family has set up a GoFundMe to help with her bills.