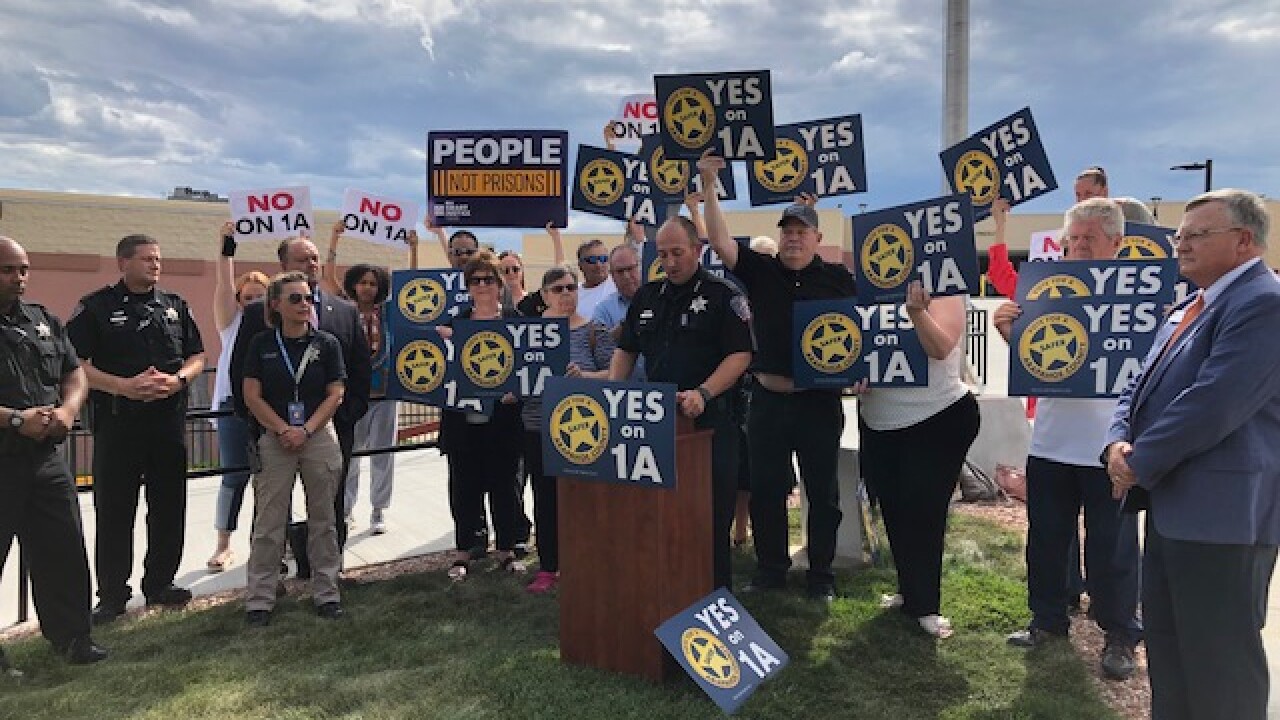 CENTENNIAL, Colo. -- Proponents and opponents of a new Arapahoe County jail, both holding signs, jostled for position in front of cameras Thursday.

Proponents of the Yes on 1A campaign rallied in front of the existing jail to say a new jail is needed.

The current one housed about 386 inmates when it was built in 1986. Sheriff Tyler Brown says it now routinely houses 1,100 inmates.

Brown says there was very little rehabilitation being done in 1986, that the jail operated as more of a warehouse.

Now, he said, they try to help inmates with mental health and substance abuse issues.

He said bed space isn't the issue, program space is.

MORE: Arapahoe County Sheriff's Office: Jail is at a crisis point, need for new one is urgent

"Our goal is to reduce recidivism," he said. "Ultimately, I don't want more people in my county jail. I want to make sure that we are returning people to the communities better than they came to jail."

But opponents say inmates would be better served out of jail.

Elisabeth Epps, of the Colorado Freedom Fund and ACLU of Colorado, said, "We know that the people who are best equipped to take care of our neighbors are out in community, and that the single worst place to get well is in a cage. We don't need more classrooms in this cage. I respect (Sheriff Brown) but that's just not true."

Ultimately, it will be up to the voters of Arapahoe County to determine whether they want to increase property taxes to pay for a new $467-million jail.

The County Commissioners have purchased property just west of the existing jail in case voters approve the measure.