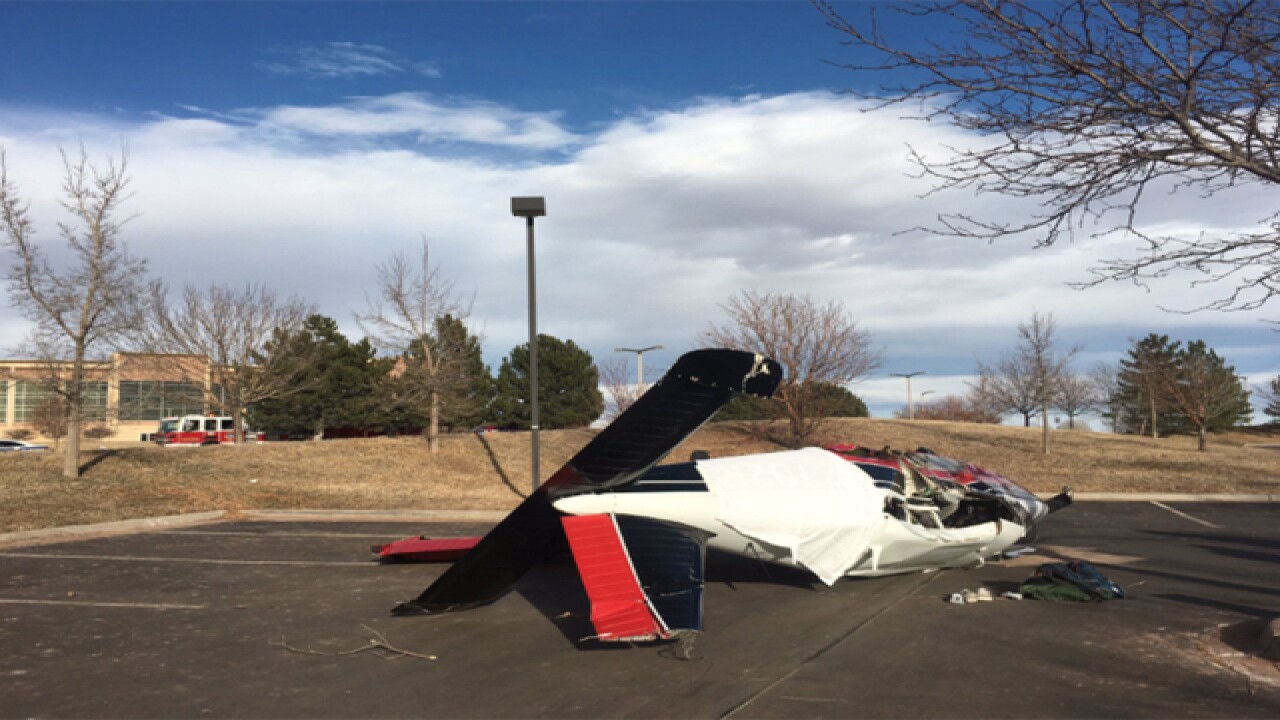 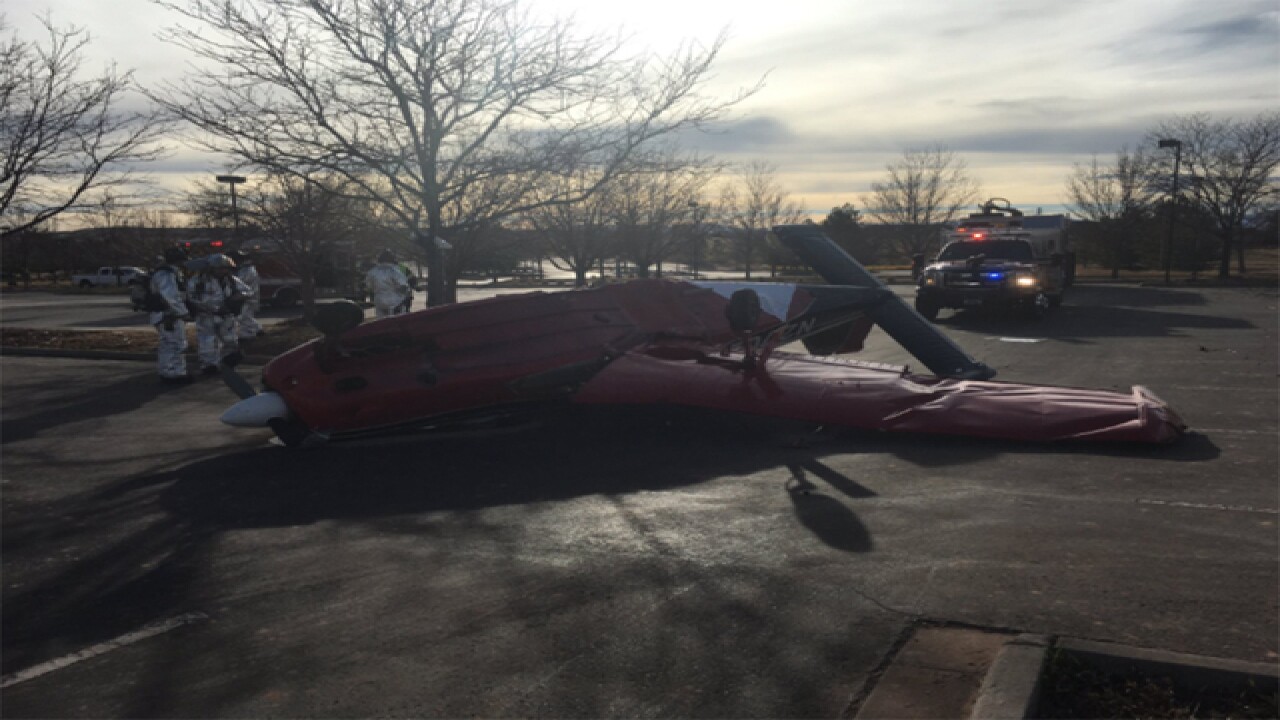 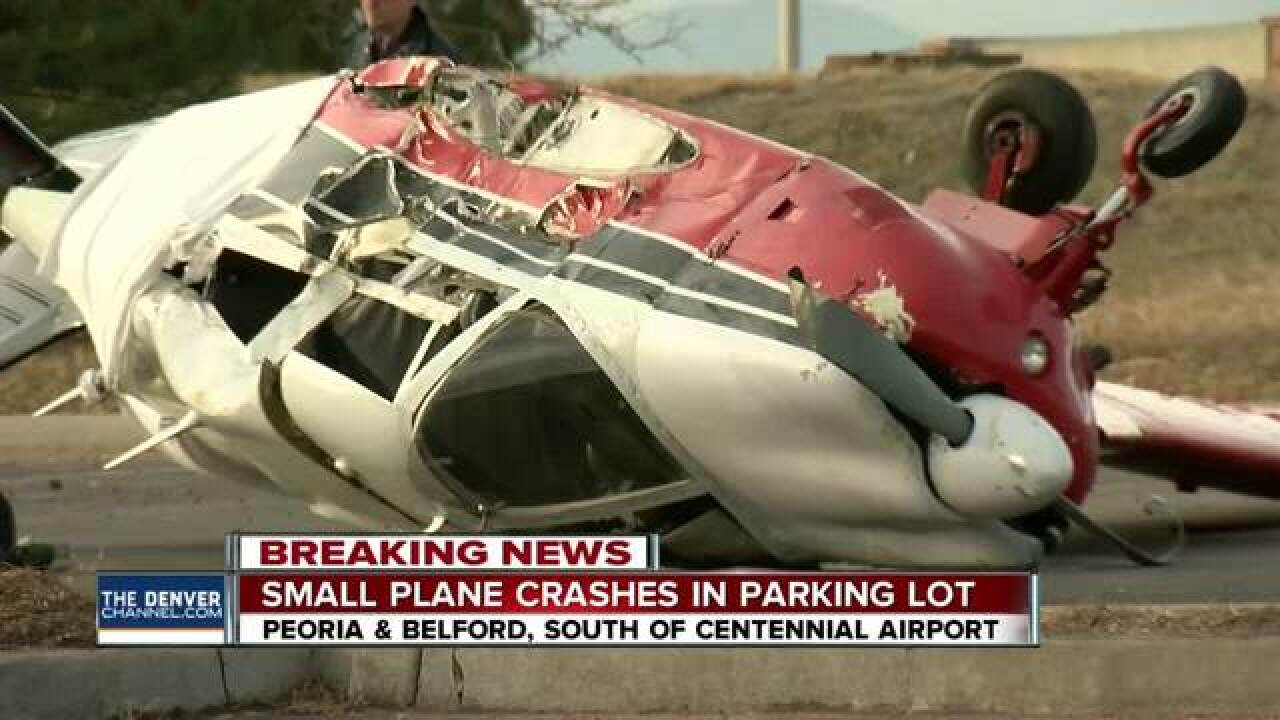 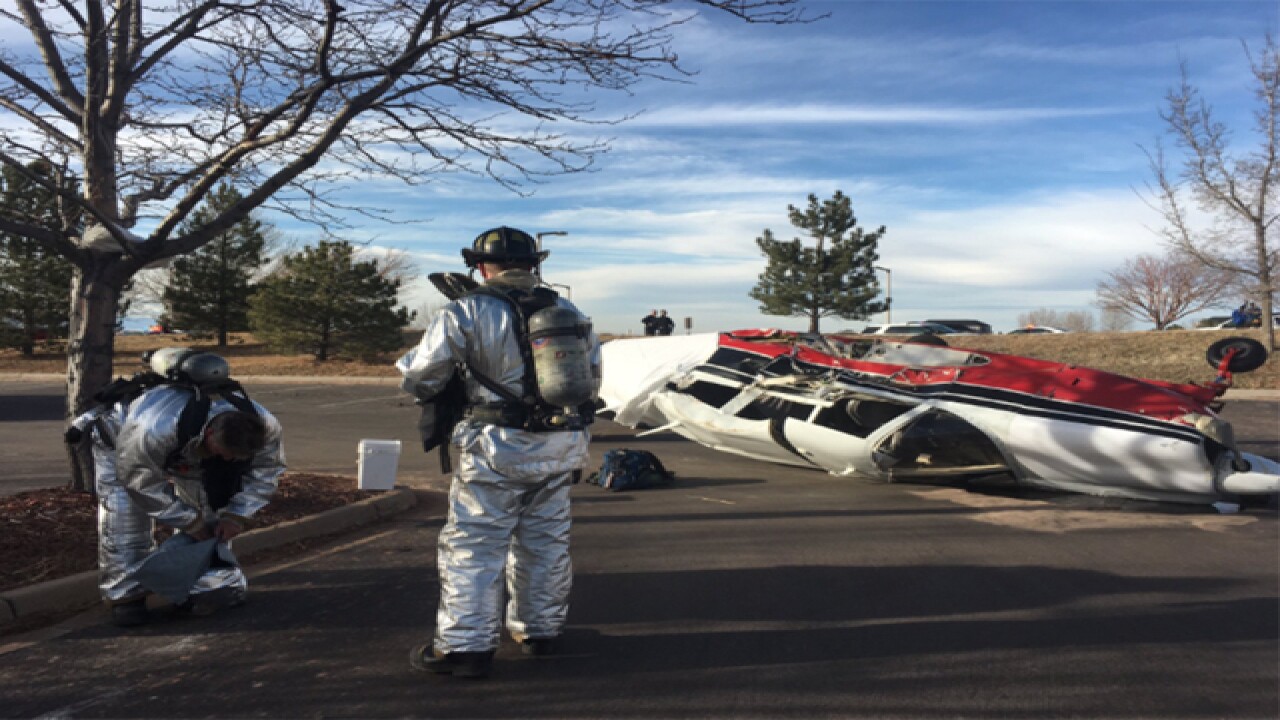 The control tower operator warned the pilot about light turbulence, as he cleared him for take-off around 3:30 p.m. Seconds later something went wrong.

“Piper 2702 Romeo, you doing okay?” the controller asked. “Trying to climb over,” came the reply.

That was the last communication.

A chopper pilot in the area offered to look for the missing aircraft. He found it in the Western Union parking lot just south of E-470 near Peoria.

“Does it look like the aircraft is intact?” the control tower asked. “No, sir. Substantial damage. It’s on its roof,” the chopper pilot replied.

West Metro Fire Rescue spokesman Eric Hurst said, "It appears the plane came in from the west, went through several trees and then crashed down on the pavement.”

Hurst said there were several witnesses and they all rushed up to the victims to offer help.

“There was one injured person on the ground,” he said. “The second occupant of the plane was standing next to him.”

The seriously injured victim was taken to Sky Ridge Medical center with an apparent broken leg. The other victim declined transport.

One wing of the single engine Piper PA-28 was sheared off as it hit a tree. The other wing started to break off as the plane hit the ground. There was some other debris scattered in the parking lot.

"In this case, fortunately, there wasn't a fire," Hurst said. "There was a small fuel spill, but it was quickly handled."

Denver7 checked the FAA's registry and found an “attention” note saying: “This aircraft’s registration status may not be suitable for operation.”

An FAA spokesman simply said the Piper PA-28 crashed under unknown circumstances after taking off from Centennial.

Denver7 contacted the owners, who said they leased the plane to the people who crashed.

After the scene was cleared, the wreckage was lifted onto a flatbed truck for transportation to a hangar.

That’s were investigators will begin checking the major components of the plane to try to determine why it crashed.

Airport operations were not affected by the crash, which happened off airport property.

The small plane is a Piper Arrow aircraft, designed for training purposes and is "an easy transition for students moving up to a complex aircraft," according to the manufacturer's website.