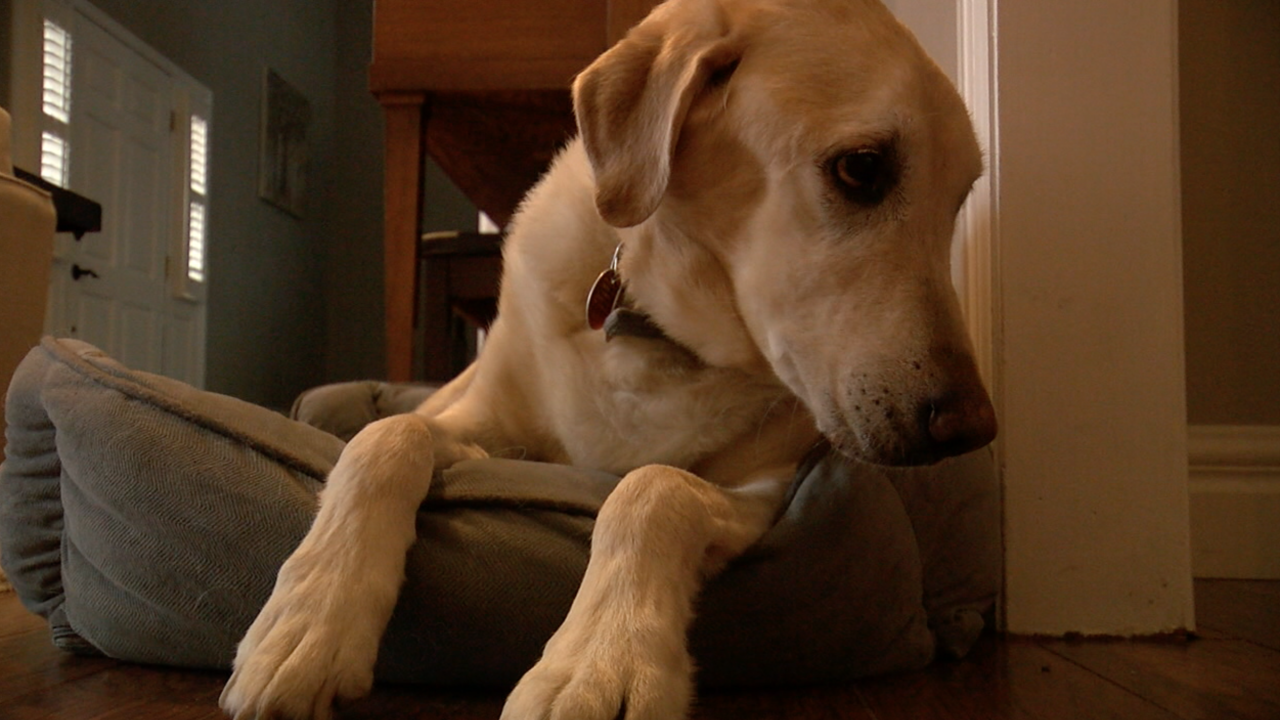 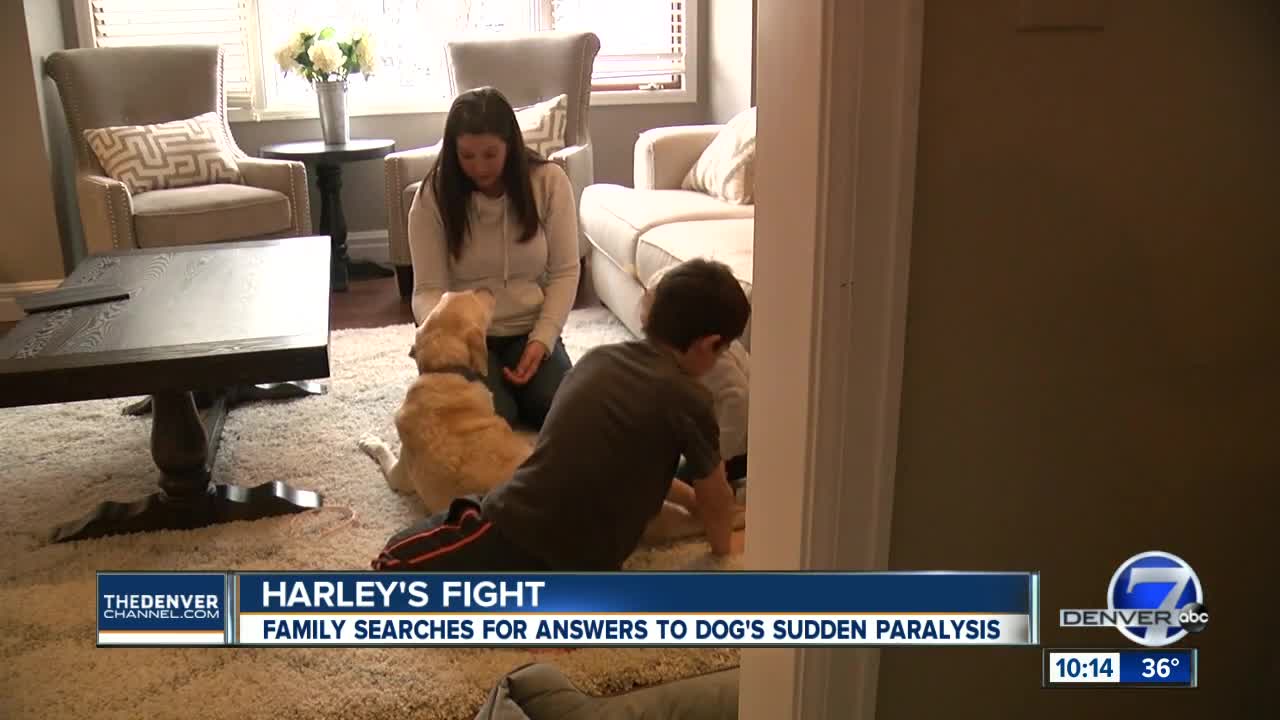 CENTENNIAL, Colo. -- A Centennial family is desperately looking for answers after their dog has started losing the use of his hind legs.

Megan Acker says her dog, Harley, was bitten by a raccoon in October. She took 9-year-old Harley in to be tested for rabies and everything came back as normal. However, in January, Harley started to lose the ability to move his hind legs.

Confused and scared, the family took the dog to their veterinarian once again.

“They did lots of tests on him and he couldn’t really exactly figure out what was going on,” Acker said. “We talked with our veterinarian and started doing some research and we started looking back into the encounters with the raccoons and realized it was probably the coonhound paralysis.”

Coonhound paralysis is caused when a dog comes into contact with the saliva of a raccoon. Dogs can be paralyzed for weeks or even months as a result.

For more than a month now, anytime Harley needs to use the bathroom, he needs to be carried out into the yard and he can stand just long enough to relieve himself.

Harley’s been on his sides for so long, he’s starting to develop bedsores, so the family has made it their routine to pick him up and flip him onto the other side several times a day.

“He can’t move himself around and so sometimes he’ll cry in the night because he’s stuck under the table or things like that,” Acker said.

Desperate for help, the Ackers posted on social media asking for anyone with knowledge on the disease to help. A person form Idaho wrote the family saying their dog went through the same thing and that steroid shots helped. After researching that possibility, the family and their veterinarian are trying steroids to see if it will make a difference for Harley.

“The crazy thing is even though he can’t control his backside, he could still wag his tail, so he still seems like he’s happy and wants to keep fighting,” Acker said. “He was here to bring all of my kids home from the hospital and we’re not ready to let him go yet.”

The family is also warning other pet parents to watch out for their dogs in areas where raccoons frequent.

“Just to watch their pets carefully, put any sort of dog bowls and dishes inside so that you’re not drawing the raccoons, bring your trash indoors,” Acker said.