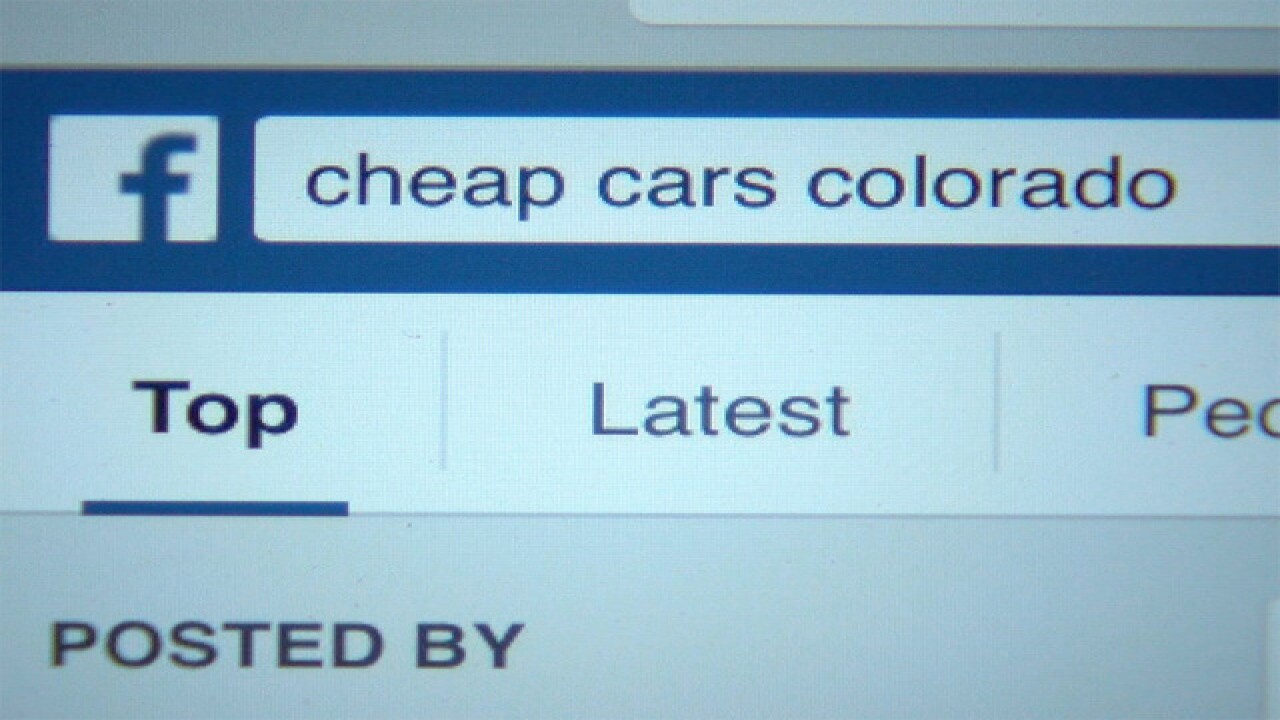 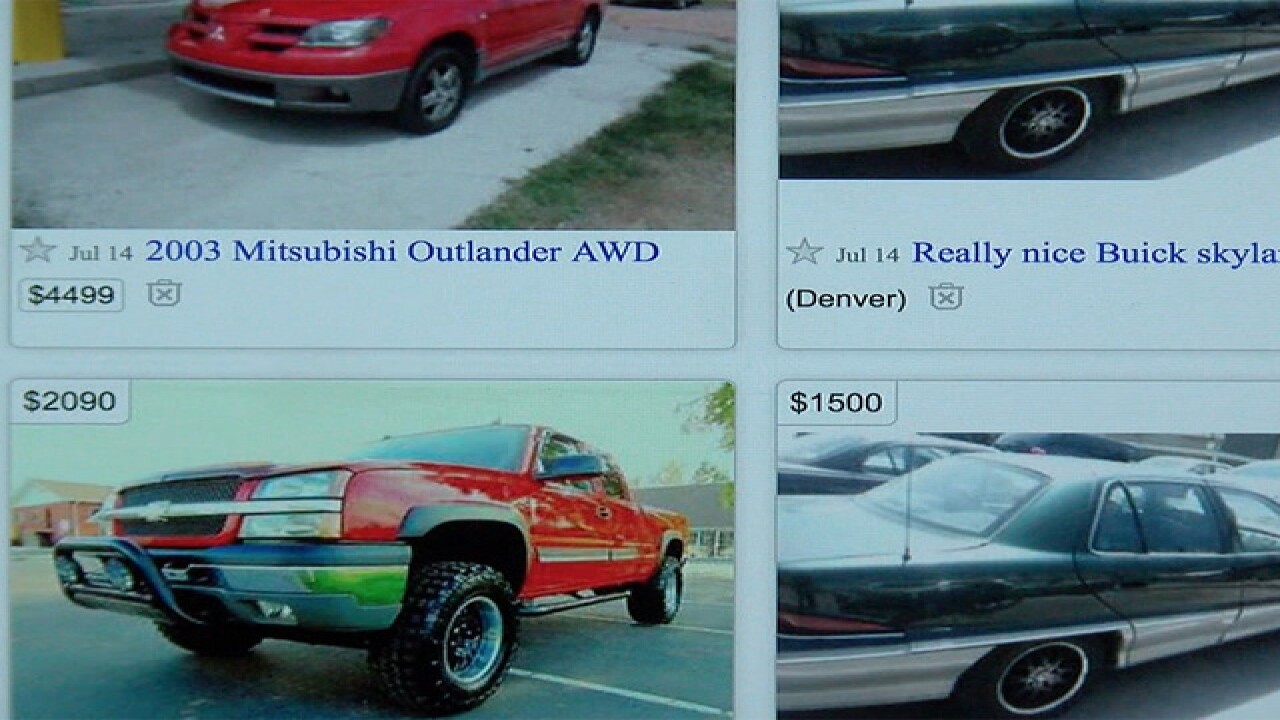 CASTLE ROCK, Colo. -- Walking away with a car you just purchased on Craigslist or through other online websites without a title isn't a good sign.

Criminals online could just be handing you more than what you bargained for.

George Garcia fell victim to criminals who sold him a stolen vehicle online. Garcia thought buying a cheap car online to sell it for scrap would put some money in his hand, but instead, it put him in handcuffs.

He was arrested for being in possession of a stolen vehicle. The charge was later dropped.

"We've had probably three or four cases in the last month of people bringing the cars they bought to us and then we did the VIN verification and found out that it was registered as a stolen vehicle,” said Thorne.

Trooper Thorne said that when purchasing a car online, you should always go with your gut -- do your research and never drive away without the proper documents that include the title.

If you bought a car and you’re not sure whether it's stolen or not, you can take the VIN number to CSP. CarFax also allows you to type in a VIN to see if the car is stolen before you purchase it.