3 dead in crash on Interstate 25 near Larkspur 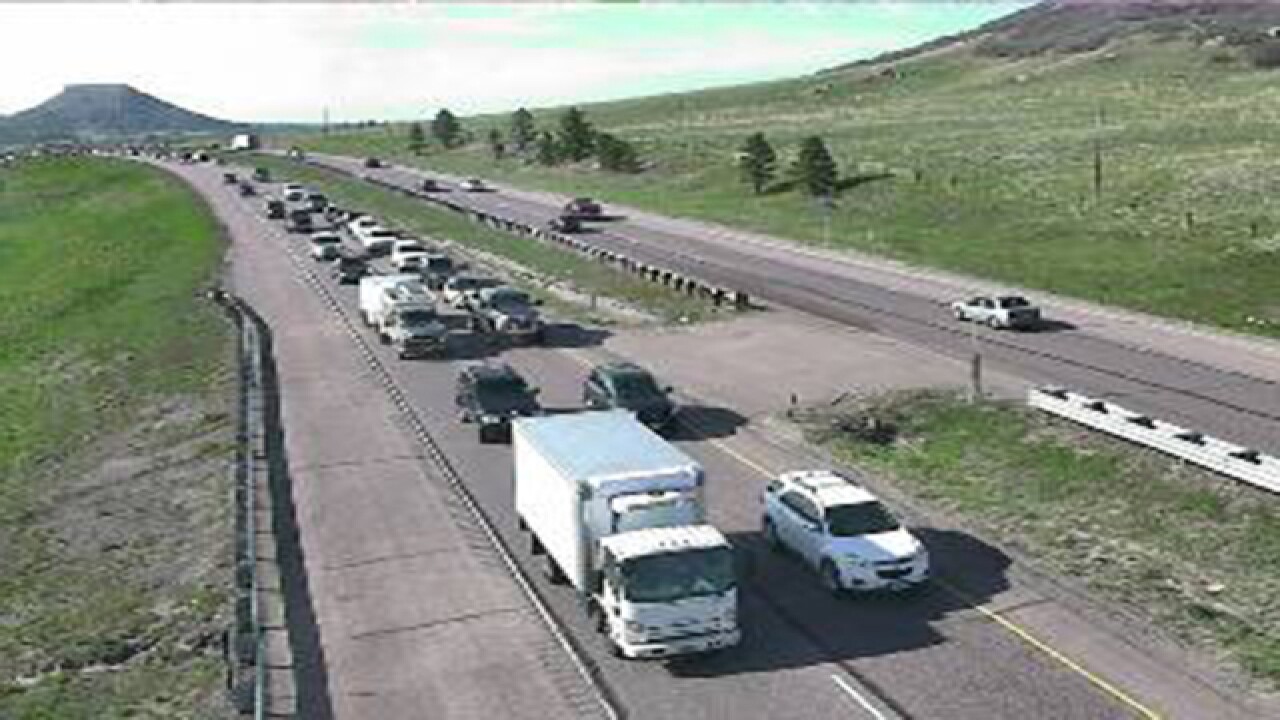 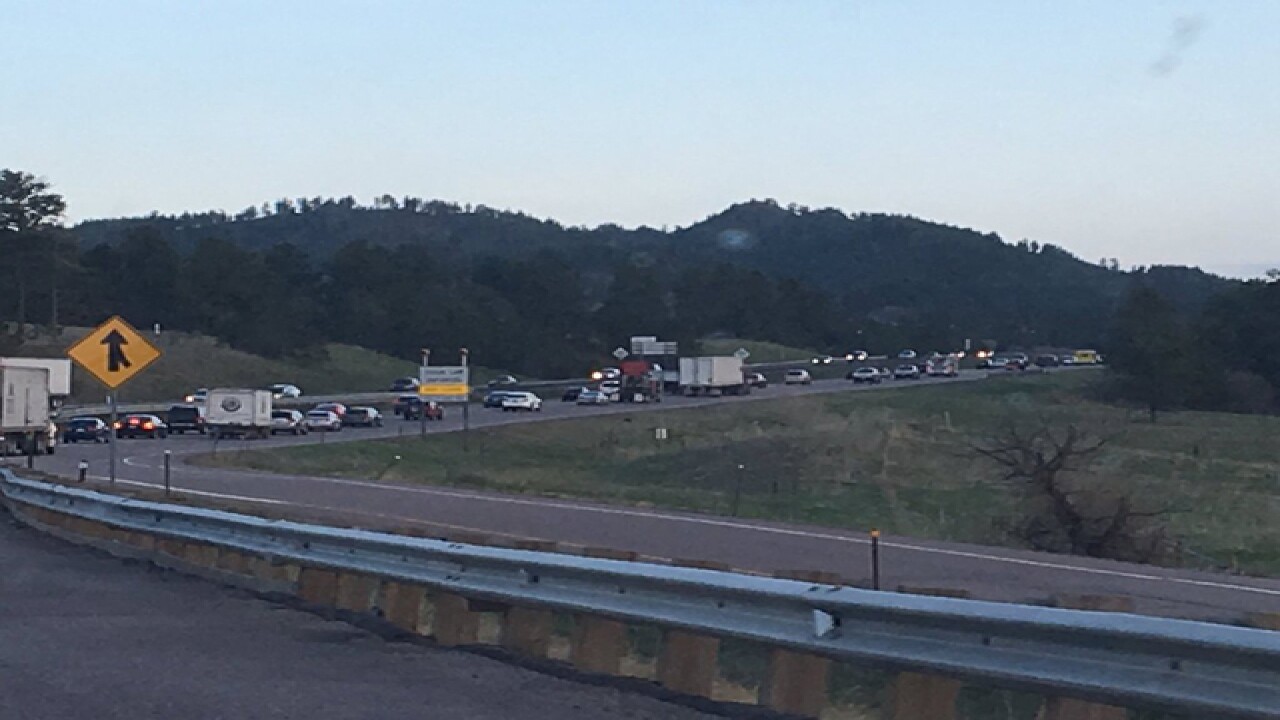 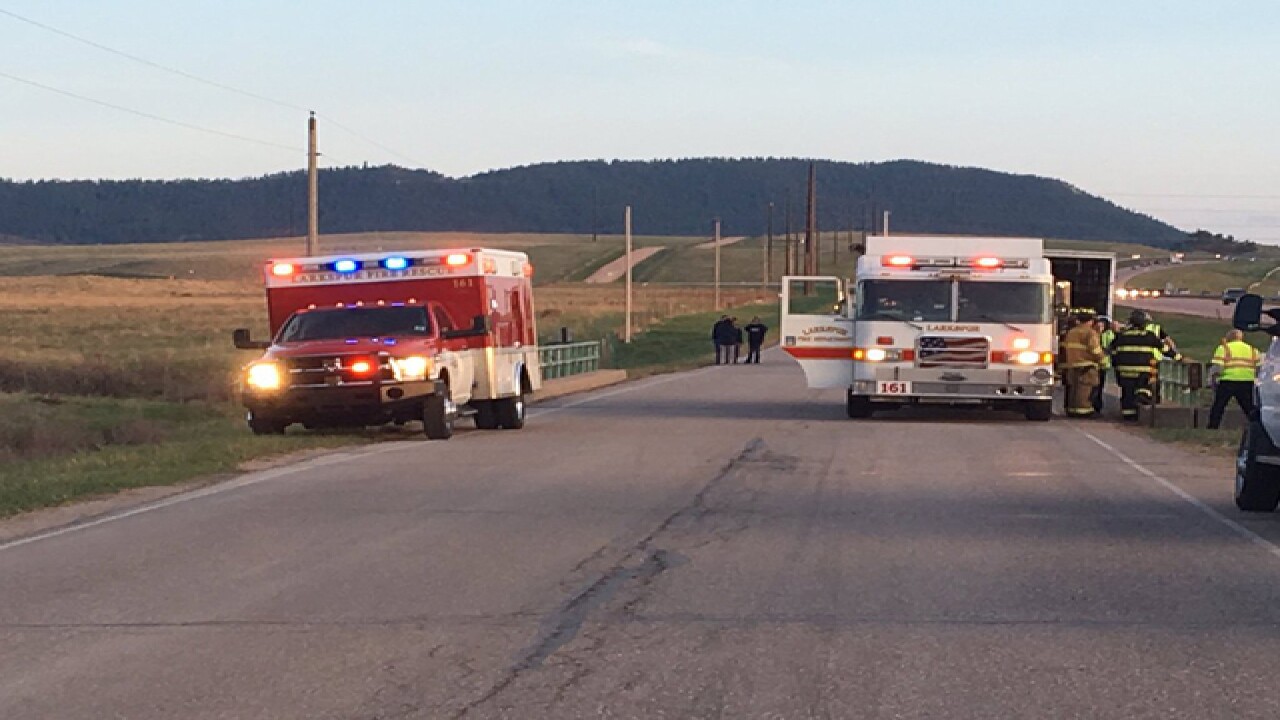 Three people were killed on Interstate 25 near Larkspur when their SUV somehow went off the highway and hit a concrete wall after falling 20-feet into a culvert in Douglas County late Friday afternoon.

The SUV, described as a 2005 Chevy Suburban or Tahoe, was traveling northbound near I-25 and Greenland Road when it went down into the culvert at around 5:15 p.m., according to Colorado State Patrol Sergeant James Senecal.

Two of the three people killed in the crash were related, according to Senecal. The driver and passengers were all males; two of the men were in their 40s and one was a teen. All worked for a family-owned moving company that was coming back from a job in Colorado Springs, Senecal told Denver7.

Not one of them was wearing a seat belt at the time of the crash, a CSP spokesperson said in a statement.

CSP officials are now investigating a report of "brake checking," according to Denver7 reporter Liz Gelardi, who was at the scene of the crash. Investigators are also looking into the possibility that there may be another car involved in this deadly crash.

The vehicle was going about 70-75 miles per hour when it went off the highway and hit the concrete wall, Senecal said.

Drugs and/or alcohol are not being considered contributing factors in this investigation, the CSP spokesperson said.

The CSP reported there was no blocked vehicles due to the crash. All lanes were back open at around 7:10 p.m.

All lanes cleared I-25 @ Greenland after accident cleanup