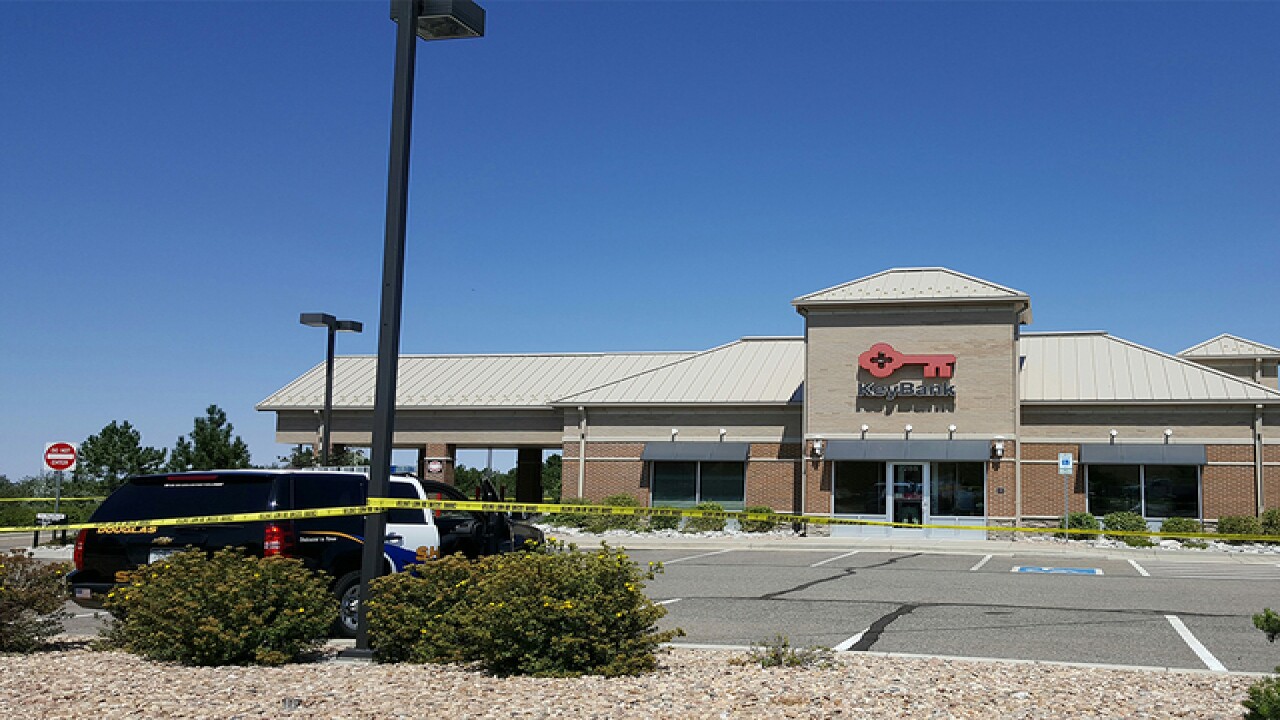 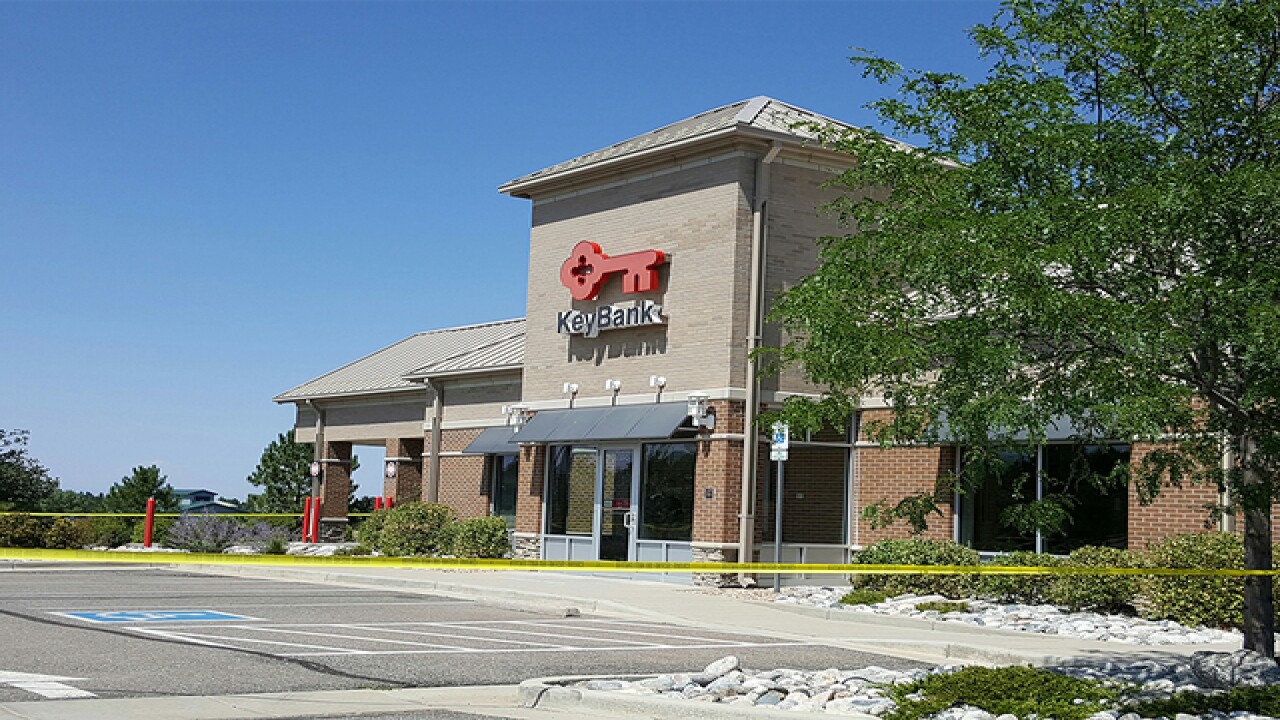 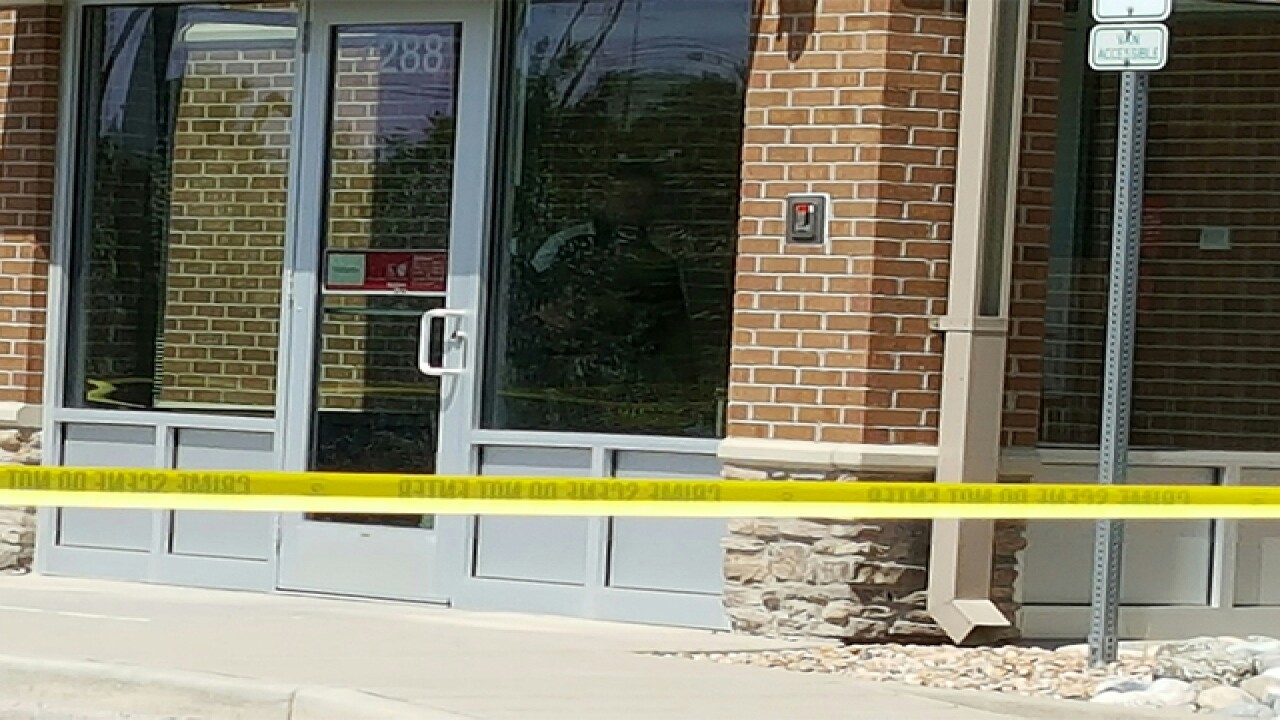 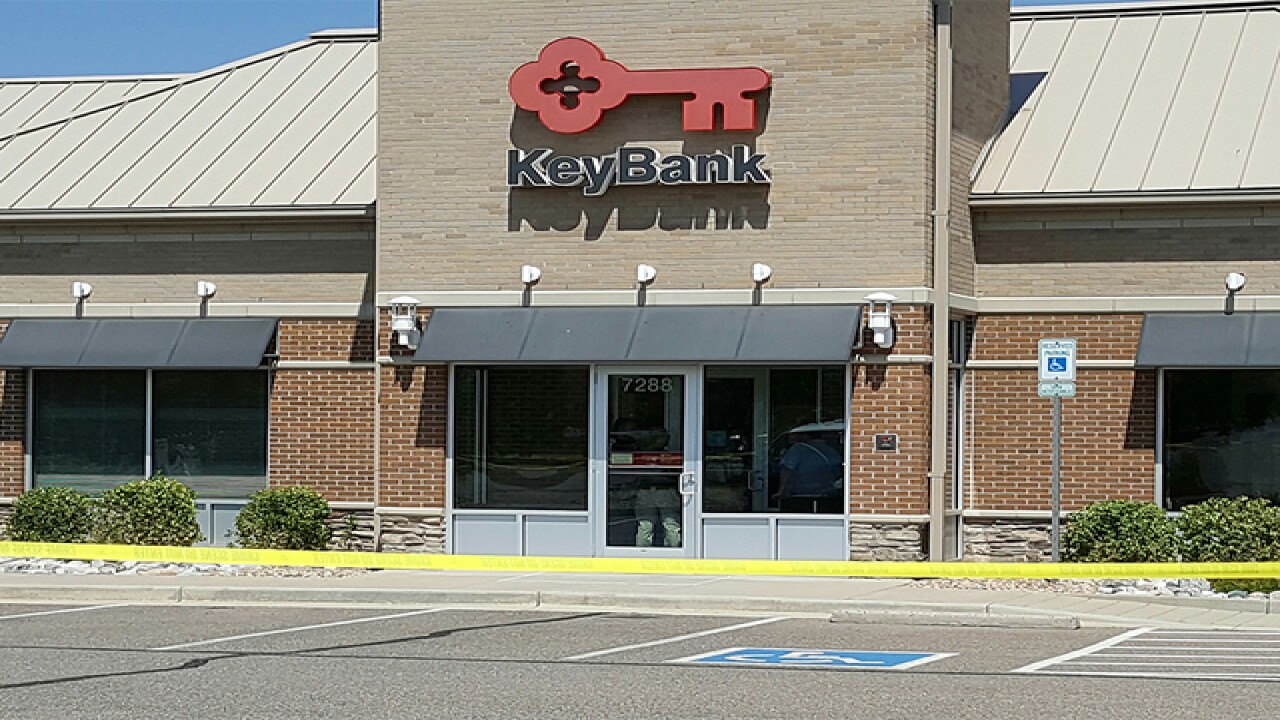 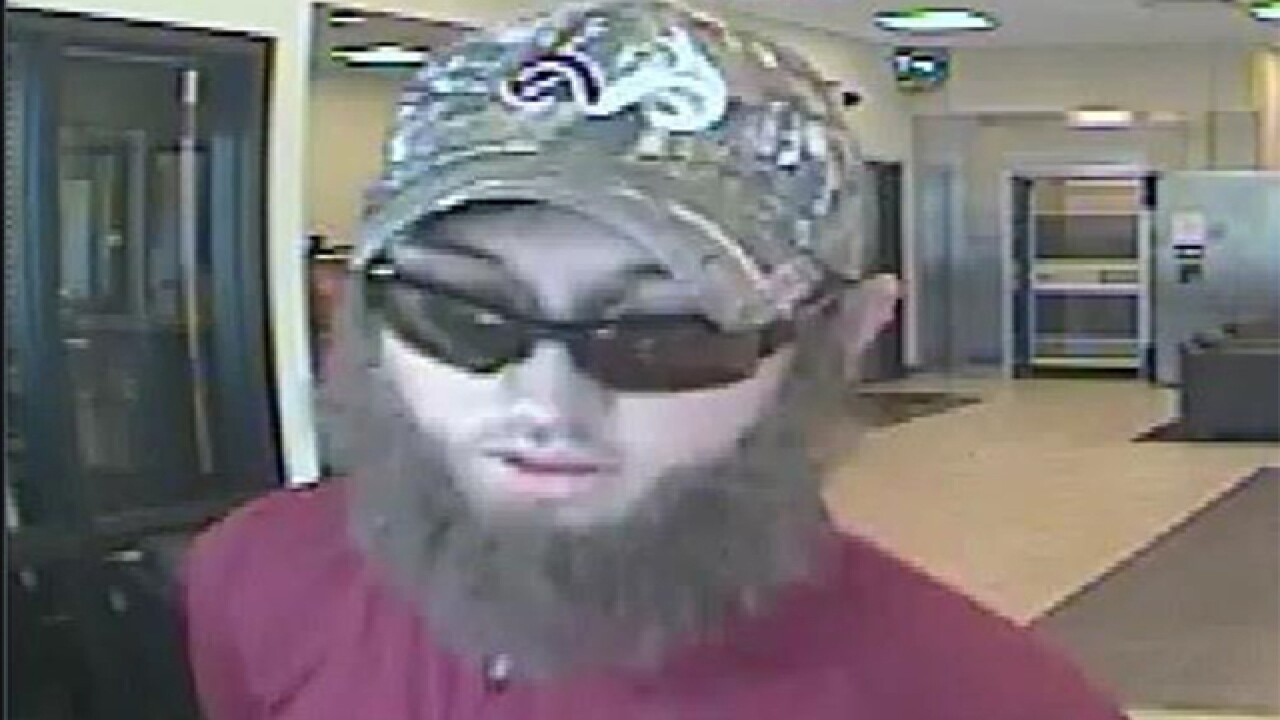 CASTLE PINES, Colo. -- A bank robber is on the run after holding up a bank in Castle Pines Saturday morning, officials say.

Douglas County Sheriff's Office deputies were called to the KeyBank in the area of Castle Pines Parkway and Lagae Road at around 10:30 a.m. after a 25-year-old white male reportedly held up the bank.

The suspect allegedly presented a note and threatened to shoot the bank employees, according to an official with the FBI Rocky Mountain Safe Streets Task Force.

No weapon was ever displayed and all employees are safe and unharmed, Sgt. Lori Bronner with the Douglas County Sheriff's Office told Denver7. The bank robber got away, Bronner added.

He is described as measuring approximately 6-feet tall with a medium build. He has dark hair and had a fake beard at the time of the robbery. He also has a dimple on the tip of his nose and piercing holes in his upper left ear. He was last seen wearing a camouflage ball cap, a maroon shirt, khaki shorts and gray shoes.

Denver7 was not immediately able to confirm how much money the suspect ran away with.