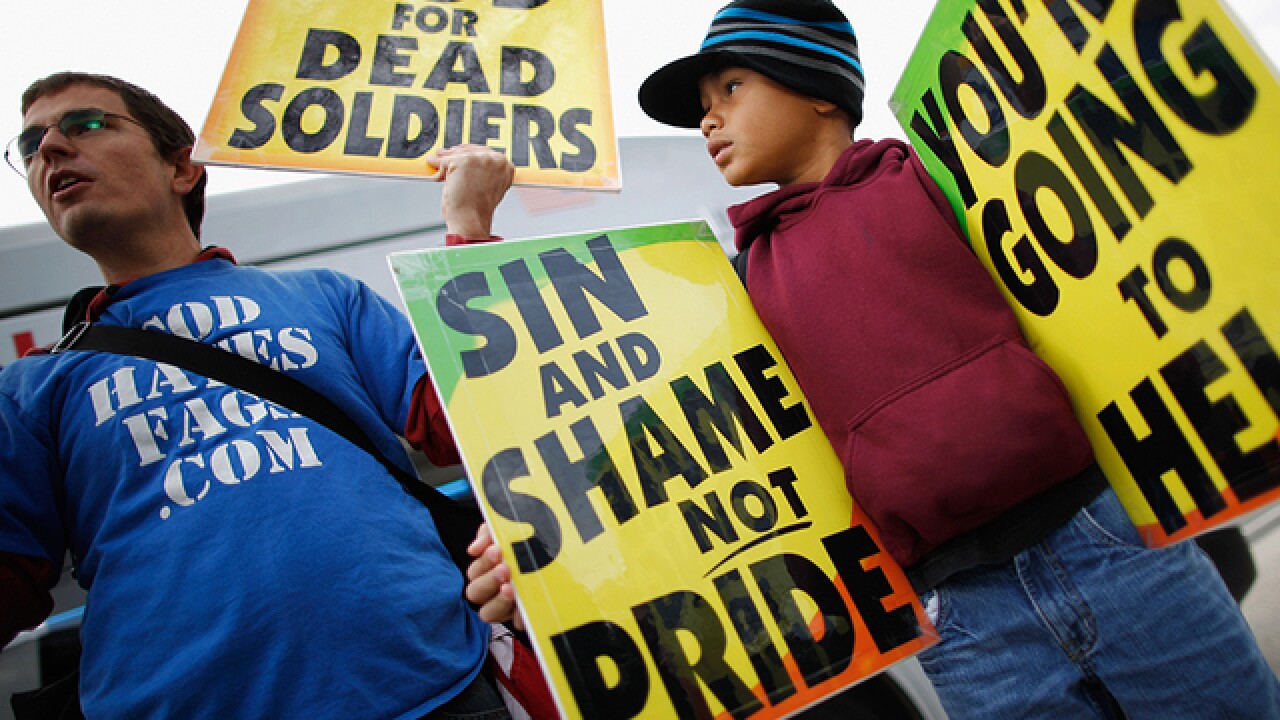 In a flyer posted on the group’s website last Tuesday, the Westboro Baptist Church says they will bring “words of life and health” to students graduating from Broomfield High School in the hope that they will turn to God and repent for their sins.

“It’s a sad occasion to see another group of kids graduating from high school … with nothing of any substance to guide them. They’ve been lied to their entire lives by parents, preachers, teachers and mentors about the only thing that has any value for their souls, knowing what their Creator requires of them.”

The problem? Broomfield High’s graduation is this Saturday. If any students are at school next week, it will unlikely be the big audience the Westboro Baptist Church hopes to reach.

The group will be picketing outside Broomfield High School from 2:30 p.m. to 3:30 p.m., hoping to deliver what they call “the truth of God.”

Among those truths, according to the group: “Fornication is a ruinous sin,” “God does not love everyone,” “God hates drunks,” “Jesus Christ is returning soon,” “The fear of the Lord is the beginning of wisdom,” and their trademark anti-gay inflammatory remark, “God hates f-gs.”

In a statement sent to Denver7 on Saturday, a spokesperson for the Boulder Valley School District said they are aware that the group is coming to picket their students, adding they “do not believe the short protest will impact the school or its operations.”

“With finals occurring (graduation was this weekend), there will be very few students at the school,” the spokesperson said.

In a letter sent to parents and staff over the weekend, Broomfield High School Principal Virginia Ramsey said the school was working with the Broomfield Police Department to ensure safety of all involved during the protests.

“We do, however, encourage our students and staff to avoid the corner of Eagle and Daphne and to refrain from engaging any of the participants,” the letter obtained by Denver7 states.

But the WBC will not be the only group outside the high school.

A counter-protest has been gaining traction on social media for the past several days. On the event’s Facebook page, residents say that while picketing the school may be within the WBC’s right, “their message does not correlate to the general sense of community of Broomfield.”

Another group plans to organize a coordinated “hug around the school” to try and protect students from the Westboro Baptist Church, one of the message on the Facebook event page reads.

The Topeka, Kansas-based organization, made up mostly of the family of its founder, Fred Phelps, is considered a hate group by the Southern Poverty Law Center and the Anti-Defamation League.

Despite requests from the public asking the government to label the church as such, the White House, under President Barack Obama, declined to do so in 2013 because, "the federal government doesn't maintain a list of hate groups."

The group is not affiliated with any prominent Baptist or Christian denomination.