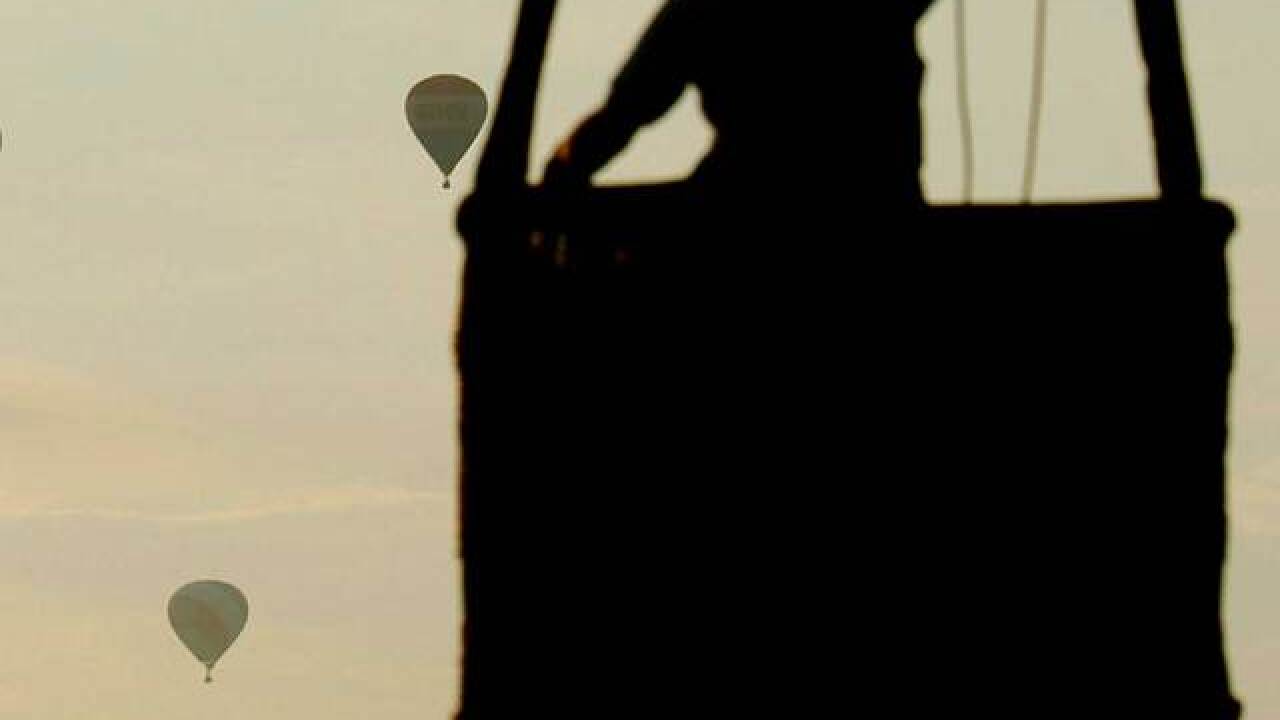 BROOMFIELD, Colo. (AP) -- A hot air balloon that ran out of fuel as winds shifted made an emergency landing at a suburban Denver airport on Wednesday.

The director of Rocky Mountain Metropolitan Airport, Bryan Johnson, says the balloon landed in grass near one of its three runways and tilted over. He says the 13 people on board spilled out of its basket but no injuries were reported.

The nearby runway was temporarily closed while crews removed the balloon but the airport, used mainly by private and corporate planes, continued to operate.