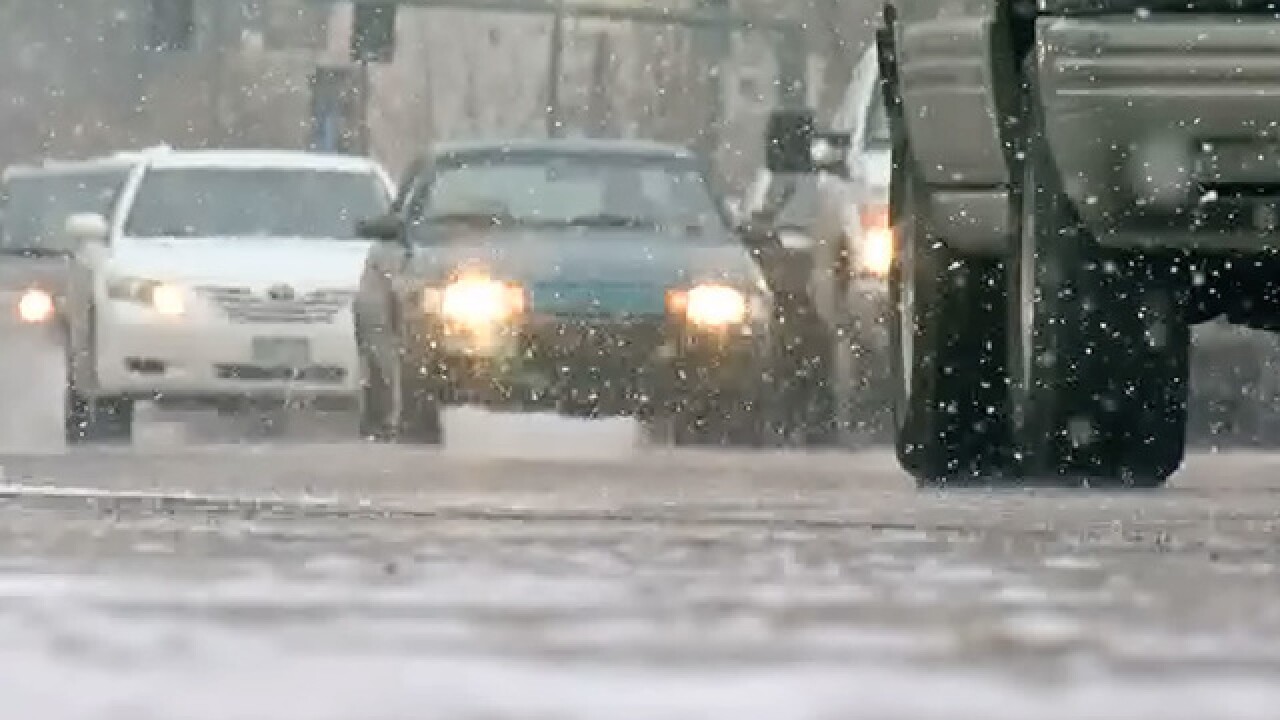 Copyright 2017 Scripps Media, Inc. All rights reserved. This material may not be published, broadcast, rewritten, or redistributed.
<p>Heavy snow is expected to make for a messy commute Wednesday night and Thursday morning.</p> 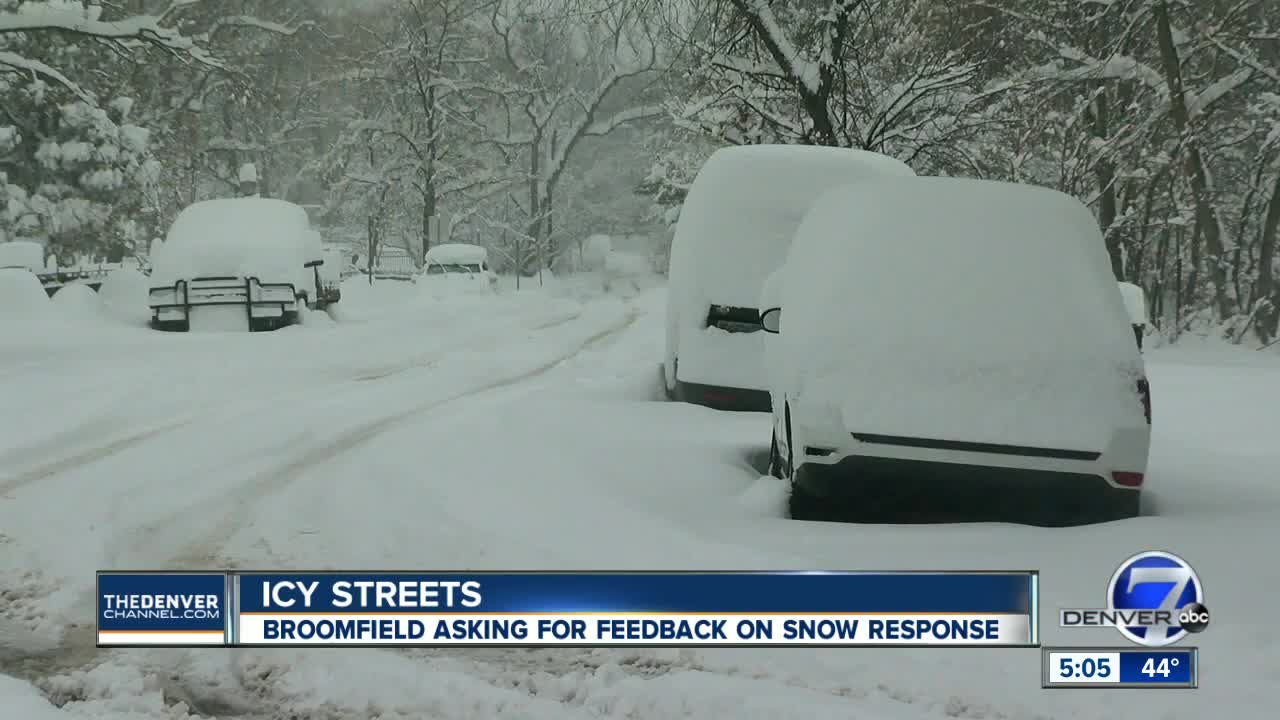 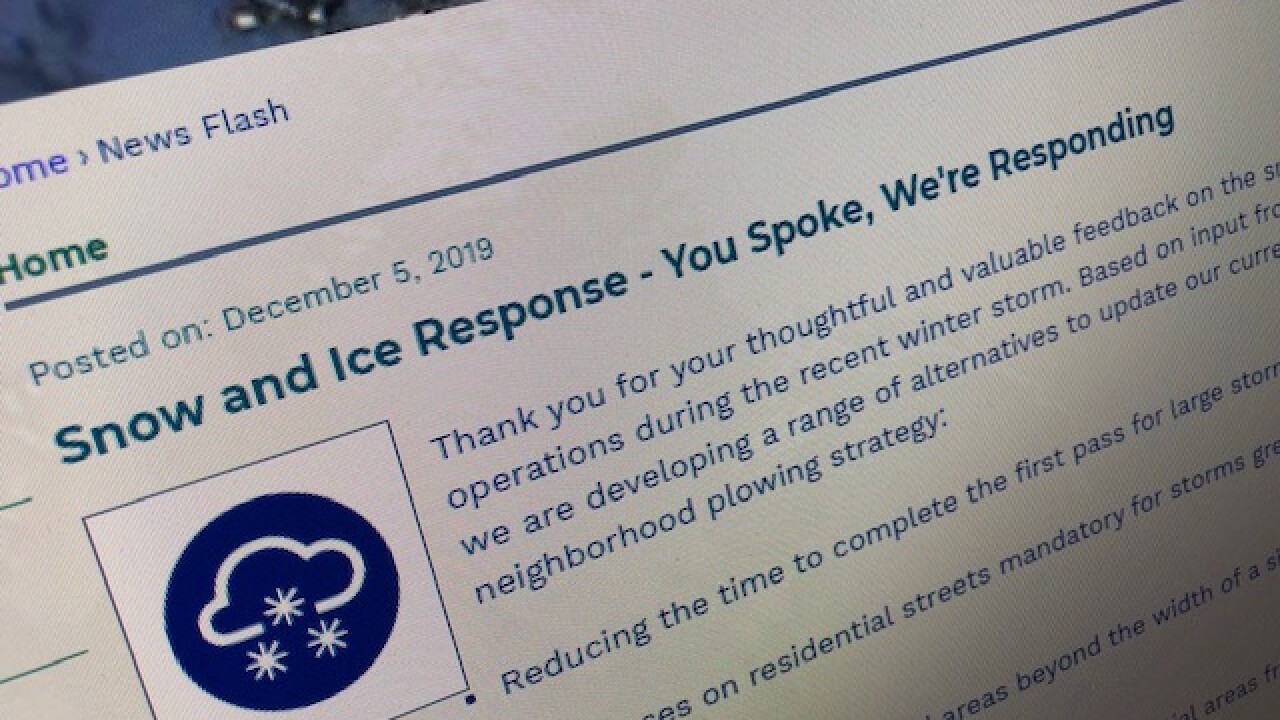 BROOMFIELD, Colo. -- After the Thanksgiving week snowstorm, people all across metro Denver were furious about icy streets which they felt were being ignored.

"Rather than saying, 'We think we know what the community wants,' we actually want to know what they want," said Kimberly Dall, the Deputy Public Works Director.

Dall said they received a mixture of feedback, some positive, some not so positive.

"People appreciate what we do and they like that we're out at night, trying to make the roads safe for everybody," she said.

On the flip side, she said there were a number of complaints about ice the last time around.

"That was the main complaint," she said, "how long it took to clear off the roadways, especially the residential streets."

Jordan Marks told Denver7 he had difficulty getting in and out some neighborhoods.

"It's kind of tough to get out when it gets real slick and it keeps melting and turning back into ice," he said.

Dall said Public Works has come up with a list of alternatives to update the City & County's plowing strategy.

"We're looking at doing two lanes, instead of just one lane down the street, and applying more material," she said.

That "extra service" would come with a cost.

Dall said Broomfield already spends about $780,000 a year on ice and snow removal.

She said staff is trying to determine how much more it might cost to expand service.

"That's what we're going to talk about on the 17th, (during a City Council study session,)" she said.

Marks said it'll be worth the extra cost.

"Plowing two lanes would definitely help a lot," he said, "and a lot sooner response time."