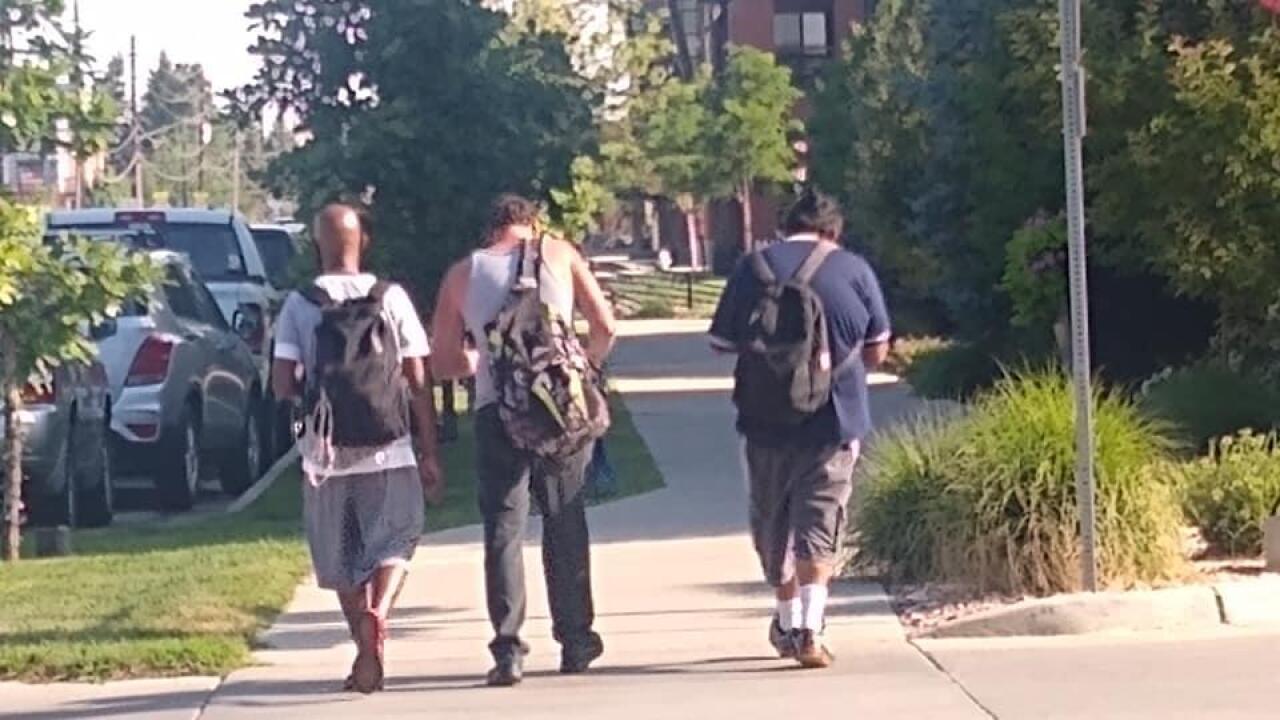 BOULDER, Colo. — Police are searching for three men accused of assaulting a woman in Boulder on Friday morning in what investigators believe was a bias-motivated crime.

The assault happened about 8:45 a.m. near Broadway and Violet Avenue, according to a police news release.

The victim said she previously had an altercation with the suspects and they made homophobic statements during the incident. Officers could not find the suspects but learned they had possibly gotten on a bus and left the area.

Police released a photo of suspects, who were seen walking away while wearing backpacks.

Anyone with information about the assault is asked to call police detective Kevin Marples at 303-441-3345 or email him at marplesk@bouldercolorado.gov.