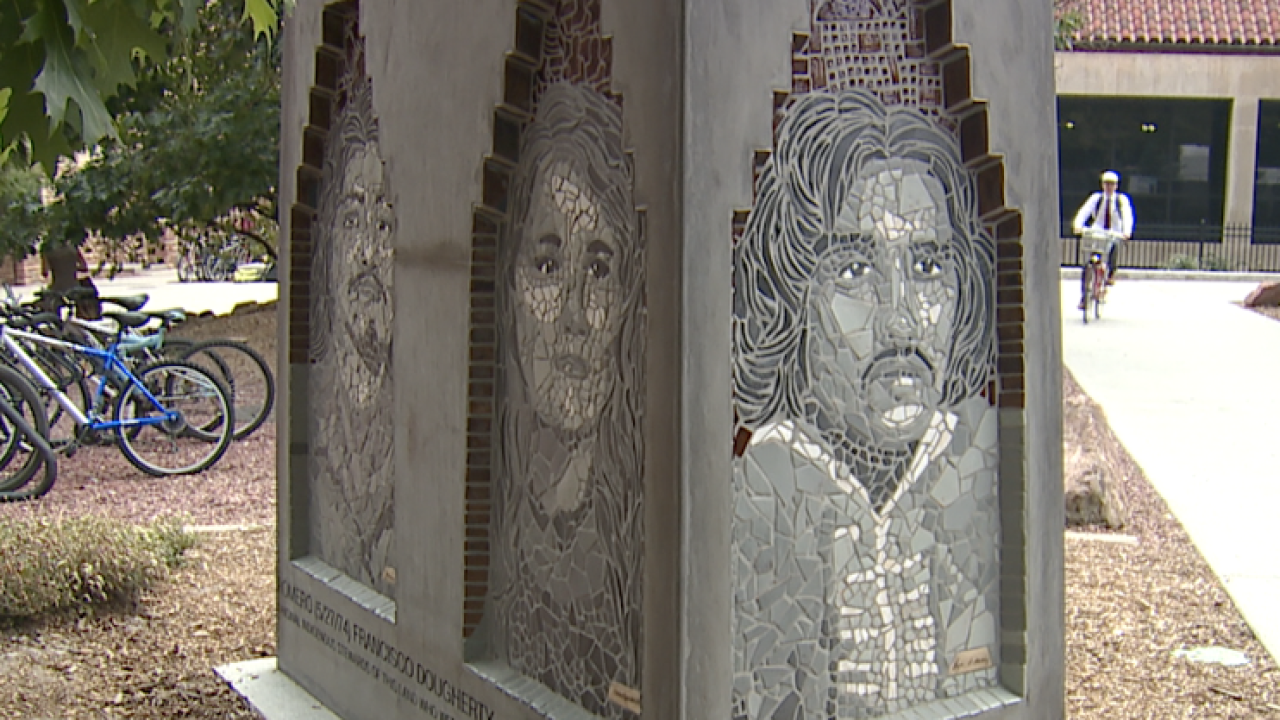 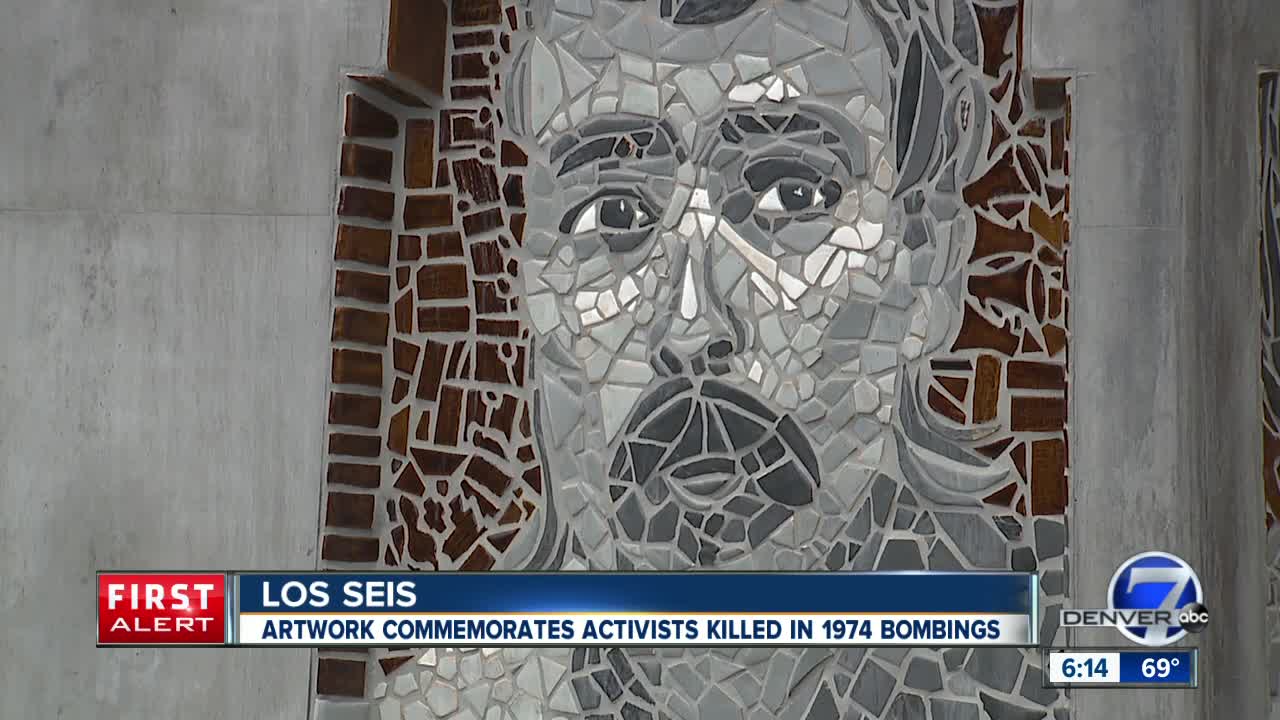 BOULDER, Colo. — The dedication of a piece of public art at CU Boulder on Thursday was about much more than just the art itself. It was about history, race, protest, and tragedy.

The piece of art is a statue, sitting outside of Temporary Building One on campus, with mosaics of the faces of “Los Seis de Boulder,” or “The Boulder Six,” six students at CU who were killed by car bombs in 1974, after protesting at the university over equal access to education.

CU alum Juan Espinoza was a student on campus in the early 1970s. He described how more and more students of color had started attending CU, but how there was intense push back.

“There were 300 students that didn’t get financial aid checks (for months),” he told Denver7.

Members of the student group United Mexican Americans (UMA) marched on campus, followed by a days-long protest inside one of the CU office buildings.

“We took over the building on a Monday. We were here for 19 days,” he said. “Our goals were to reach parity with state population,” Espinoza said.

“On the 27th of May, we heard a loud explosion. It was the explosion up on Chautauqua. Killed three people,” Espinoza described.

“Los Seis de Boulder means the six of Boulder. The six victims of this event,” he explained.

Current CU Boulder art student Jasmine Baetz learned about the story of the students, the protests, and the bombs. But there was nothing on campus to tell that story or honor those students.

“We learned about the history of Los Seis, these deaths, and were both quite surprised there wasn’t representation of these students on campus,” Baetz and fellow art student, Gladys Preciado, said.

Baetz enlisted a team of students and community members to come together to work on a large sculpture to honor the students and their fight.

“We all cut tiles, we glazed tiles, we pieced the faces together. It was a group effort,” Preciado said.

After countless hours, the piece was dedicated on Thursday outside the campus building where UMA protests were held in 1974.

“Having it be here on campus for people to know, remember, appreciate is incredibly important,” Baetz said. “This history has huge implications for this campus.”