Family of e-scooter crash victim warns Boulder about the dangers 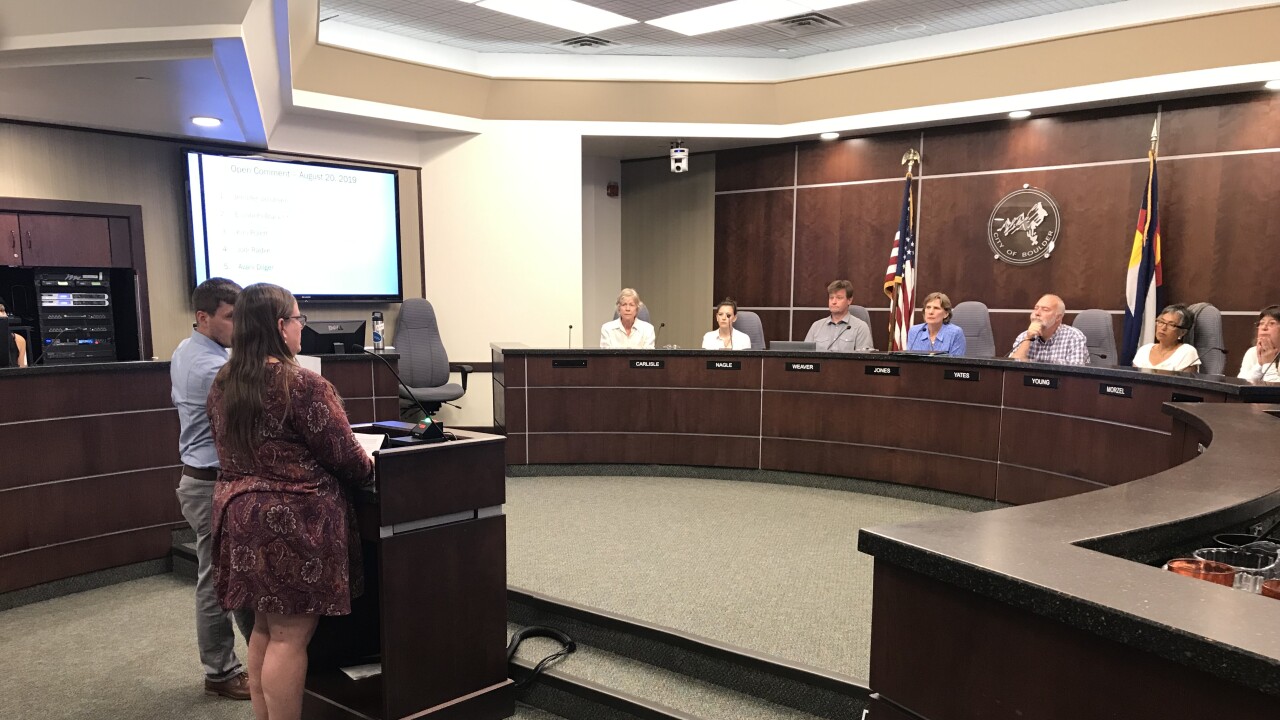 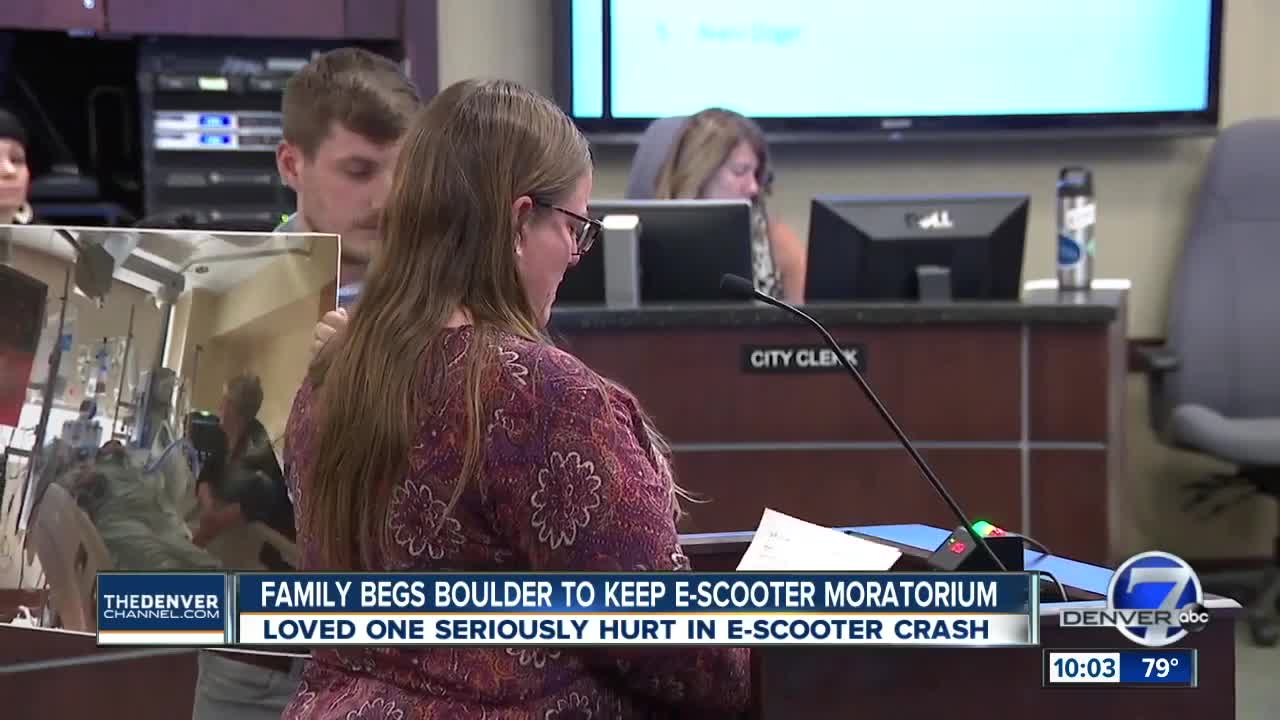 BOULDER, Colo. -- A family devastated by an e-scooter crash that left a woman with serious injuries is warning others about the dangers of riding them without protection.

In June, Caitlin Jacobsen suffered a traumatic brain injury after falling from an e-scooter following a Rockies game.

She is still in the hospital, re-learning how to walk and talk. Family members spoke to the Boulder City Council Tuesday, urging them to extend the city's ban on e-scooters.

“Caitlin suffered a traumatic brain injury and she’s been in the hospital ever since," said Jennifer Jacobsen. "I’m here tonight so that hopefully no other family has to go through this nightmare," she said during her opening remarks at Tuesday's Boulder City Council meeting.

Jacobsen addressed the council, pleading with the city to continue its moratorium on e-scooters. In June, her sister, Caitlin, had been leaving a Rockies game at Coors Field on an e-scooter. She wasn't wearing a helmet.

"The handlebars of the scooter were caught on a fence and that flung her forward. She didn’t have time to react and she fell directly on her face," said Jennifer.

Caitlin spent two weeks in a coma, had several broken bones and suffered a traumatic brain injury. A picture showed Caitlin's mother praying next to her daughter in the hospital.

"She’s 34 years old, she’s learning how to walk and talk and write and read. She has permanent brain damage," Jennifer said.

Jennifer's brother, Jack Jacobsen, joined his sister at the podium. He's worried that college students on the Boulder Hill could be in danger, especially when alcohol is involved.

"I don’t have a vendetta against the scooters. I just really want to raise awareness and let people know what could possibly happen," he said

After Caitlin's accident, the Rockies restricted e-scooters near Coors Field during ball games. Boulder has placed a moratorium on e-scooter business licenses until February. Jennifer says she believes e-scooters are simply too dangerous right now.

"Our family doesn’t want other families to go through what we went through, in the middle of the night waking my parents up at 3 a.m.," she said.

Jennifer says her sister is slowly improving. Now, her family is hoping their prayers will be answered.

"I can’t wait for her to start climbing mountains with me again," she said.

A tall wish for a devastated family.

"Please consider voting against having electric scooters in Boulder and please remember my sister when you make your decision," Jennifer told councilmembers.