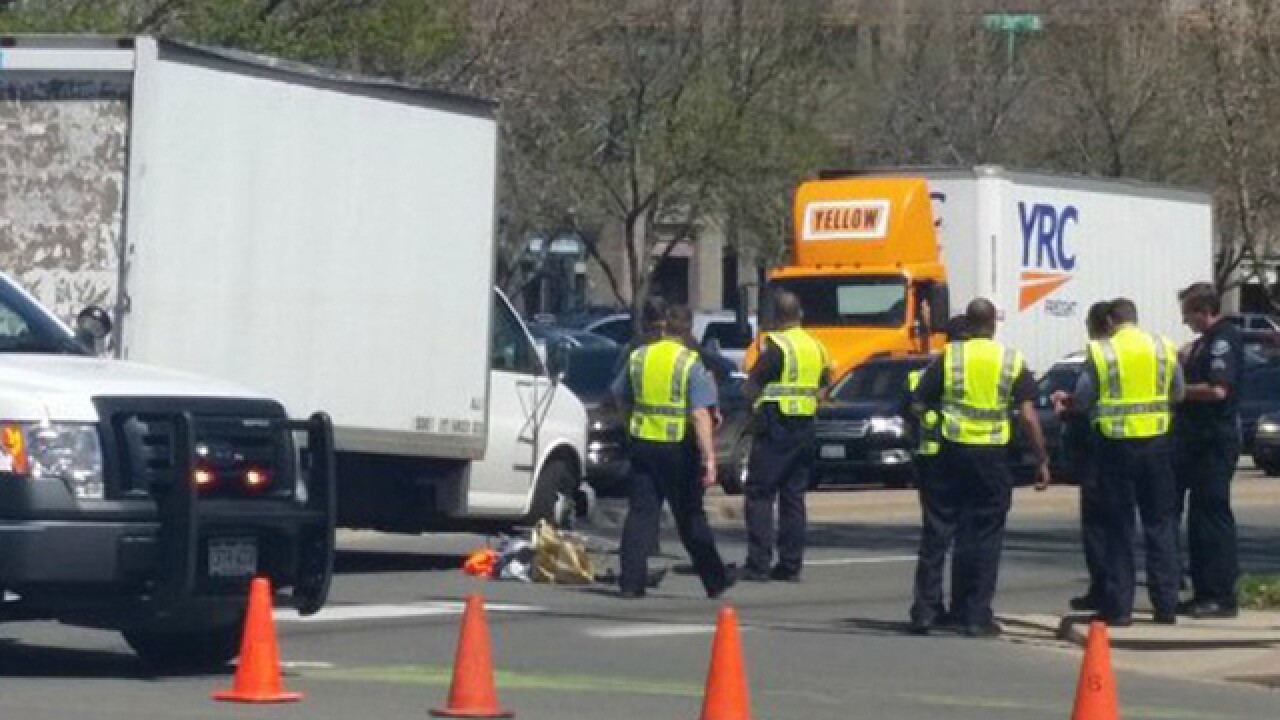 <p>Boulder police investigate a crash on Canyon Boulevard at Folsom Street. An elderly woman was hit by a truck as she was crossing the street while pushing a cart. (Photo/Mitchell Byars/The Boulder Daily Camera) </p>

An elderly woman pushing a cart across the street who was struck by a large truck on Canyon Boulevard at Folsom Street Thursday has died, Boulder police said.

The crash happened at 1:47 p.m. and was originally reported as a collision between a bicyclist and a truck, but police on scene said the woman actually was walking with a cart.

The 84-year-old woman, now identified as Helen Greschler, was transported by ambulance to Boulder Community Health with serious injuries. She was declared dead by the Boulder County coroner on Saturday.

The truck was at a stop in the left lane of eastbound Canyon Boulevard just past a crosswalk, but investigators are not sure yet whether the woman was in the crosswalk when she was hit.

"We haven't gotten that far yet," Boulder police Cmdr. Greg LeFebre said. "We don't really have any good witnesses right now besides the truck driver."

An autopsy will be completed and the cause and manner of death are pending further investigation.

Read more from our partners at the Boulder Daily Camera.