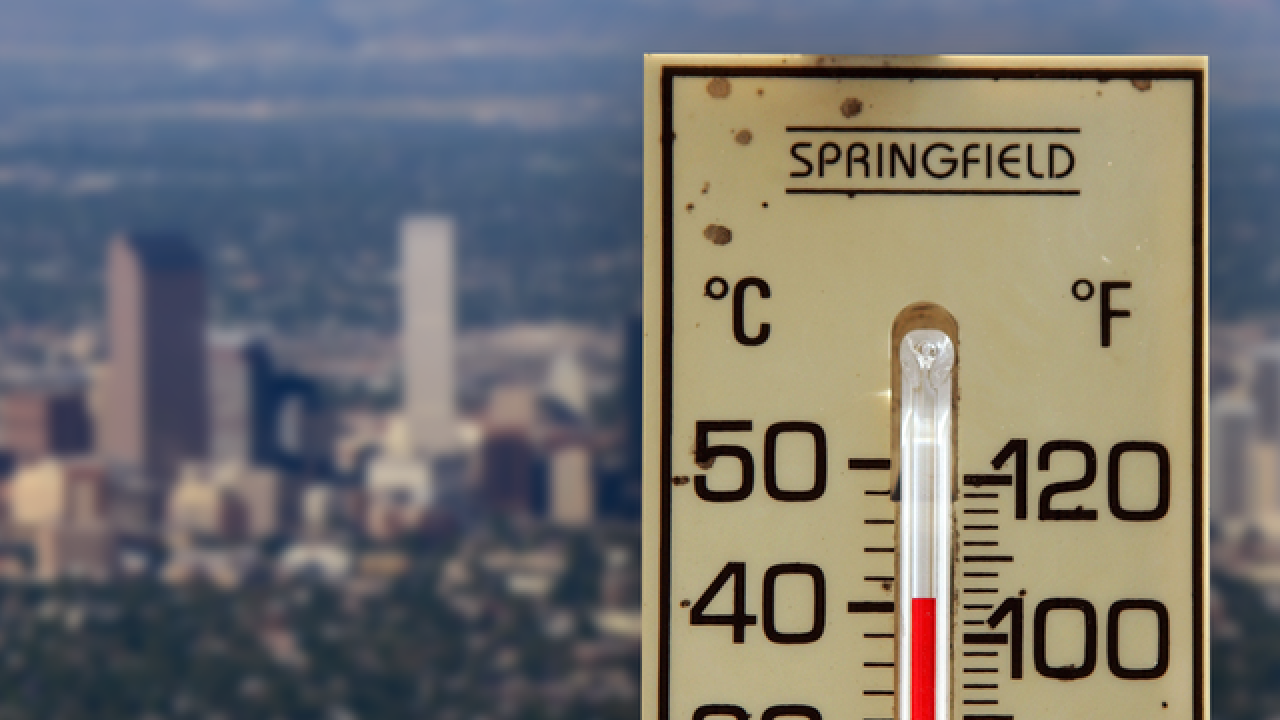 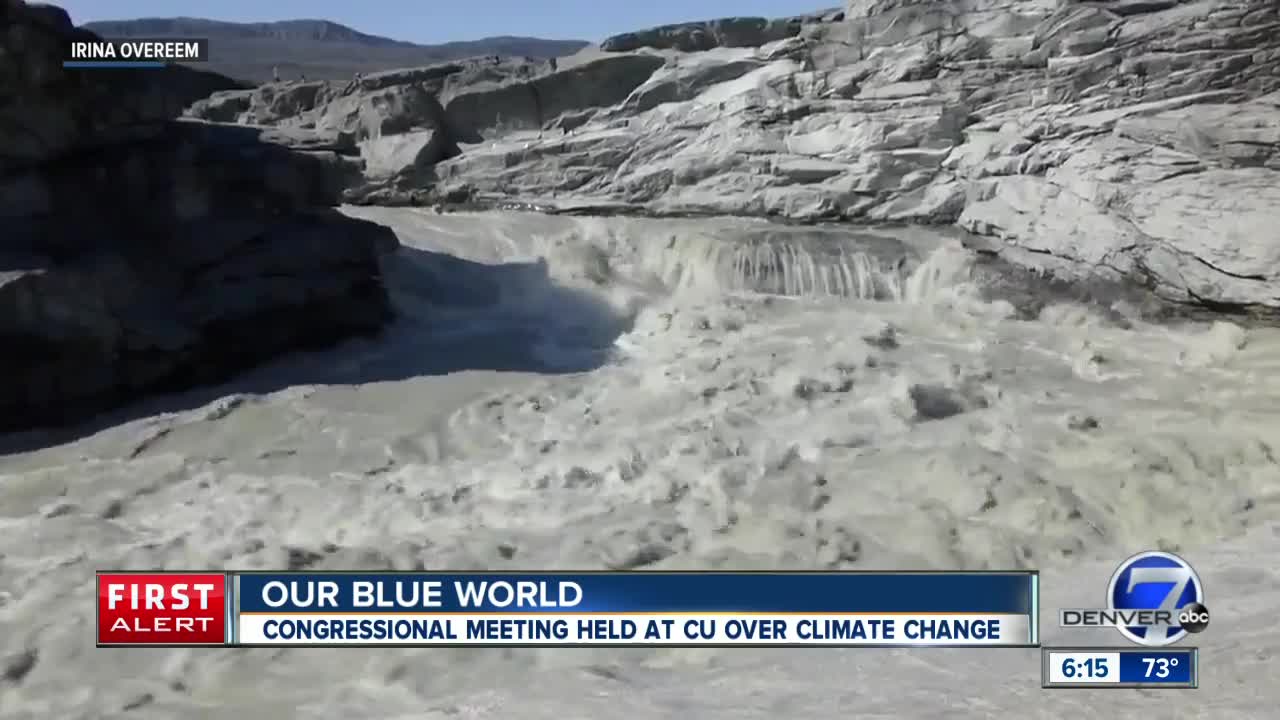 BOULDER, Colo. -- The national debate over climate change took center stage at the University of Colorado Boulder Thursday when the House Select Committee on the Climate Crisis held a public hearing.

Five U.S. lawmakers, including Reps. Joe Neguse and Diana DeGette from Colorado, hosted a panel of experts from around the state to talk about issues they are seeing and possible solutions.

Governor Jared Polis provided the first testimony, talking about what his administration is doing at the state level when it comes greener cars and passing additional oil and gas drilling regulations during the last legislative session.

“We need to take a bold action to address the climate crisis,” Polis said.

Governor Polis pointed toward Aspen as a city that is successfully working to stem off climate change by moving toward 100% renewable energy.

He also spoke at length about the need to establish a just transition nationwide so that businesses and workers currently employed by the coal industry aren’t forgotten as the nation moves toward cleaner energy.

After Governor Polis, a panel of experts from CU Boulder, CSU, an oil and gas company, as well as the mayors of Boulder and Fort Collins, testified.

Mayor Suzanne Jones said Boulder is exploring city-run, community-owned electric utility, calling for systematic change and saying that voluntary change is not enough. Mayor Jones said progress in the battle against climate change has been too slow.

Fort Collins Mayor Wade Troxell, meanwhile, testified about his city’s push to be carbon neutral by 2050 and said the city has one of the most aggressive action plans in the state.

The hearing, which lasted for roughly two and-a-half hours and went through two rounds of questions by the congressmembers, covered everything from local solutions to how to bring renewable energy to rural areas in a way that wouldn’t be costly.

Along with the mayors and CU and CSU experts, a lone representative from the energy industry testified.

Chris Wright, the CEO of Liberty Oilfield Services, said climate change is global and so a solution must be as well. Wright said a balanced approach needs to be reached and that the U.S. natural gas industry helps lower global emissions.

The hearing got testy toward the end with an exchange between Rep. DeGette and Wright about the merits of hydraulic fracturing, the rollback of some federal regulations on methane release and the effects on health and the environment.

While the hearing was going on, just a couple of buildings away, CU Boulder researchers are warning about a record melt in Greenland.

“We think we saw a record warm at the very top sheet and then a record melting event around the perimeter of the sheet,” said Ted Scambos, a senior research scientist.

The melting was caused by two heat waves that moved through the area in recent weeks, which is causing ice sheets to melt more quickly and sea levels to rise.

“Most of the island actually experienced some melting yesterday which is really unusual,” Scambos said. “The water basically coming off Greenland is basically wreaking havoc on all of the fjords and the surrounding harbors.”

Another major concern for the researchers is the amount of sediment that is being drawn into the sea around Greenland, which is having an effect on fishing businesses in the country.

The more overarching issue, however, is the possible impact this melting could have on a global scale, including places like Colorado.

“Changing weather in the Arctic, changing patterns of ice and snow that’s left in the Artic ,all of that has an impact on what kind of weather we’re going to see in Colorado in the future,” he said.

The data and charts Scambos has been keeping an eye on goes hand-in-hand with the field research graduate student Jamie Hansen and others were conducting there earlier this month. The team started in southwestern Greenland.

She was most surprised by the weather while she was there collecting data.

“It’s an ice cap and it’s in the arctic and you expect it to be cold,” she said. “It was hot almost every day and you wanted to be a short sleeve T-shirt and shorts most of the time, even at night it was warm.”

She also had a chance the see the melting and the effects of climate change firsthand.

“It’s accelerating and everything is happening faster, things are melting quicker,” Hansen said.

The type of melt happening in Greenland currently hasn’t been seen since 2012. Before that, a melt of that size hadn’t happened in more than 100 years. Scambos believes more historic, 100-year events are in the future.

“I think we can only anticipate that this is going to get worse as the decades roll-on,” he said.

He believes now is the time to act to try to find a solution to climate change before things get worse.

“We are just at the beginning of this warmer climate that we’re in for, and we could put the brakes on. We can’t stop all of it, but we can’t put the brakes on with proper action and soon,” Scambos said.