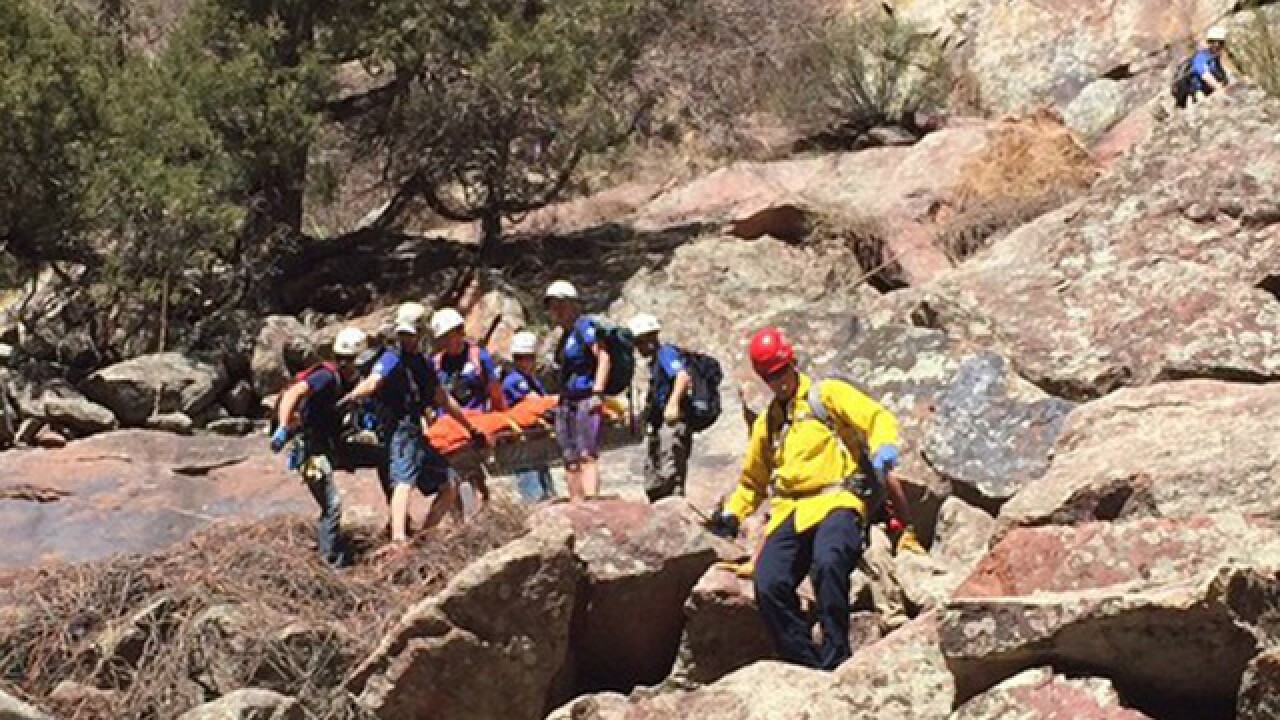 A climber is lucky to be alive after falling approximately 70 feet while climbing in Eldorado Springs on Saturday morning.

Jamie Shaw, 24, of Boulder, was climbing the Anthill Direct route with a friend at around 10:40 a.m., when he fell an estimated 70 feet in Eldorado Canyon State Park, about 1/4 of a mile from the park entrance.

His friend didn't see him fall, but saw him hit the rock face at least once after he heard Shaw yell for help as he was falling, according to a release by the Boulder County Sheriff's Office.

Shaw suffered "a significant injury to his lower right leg, as well as several lacerations and abrasions to other areas of his body," according to an official. He was wearing a helmet at the time and had also been using climbing ropes and a safety harness, the official added.

The climber was taken to Denver Health Medical Center for further treatment.