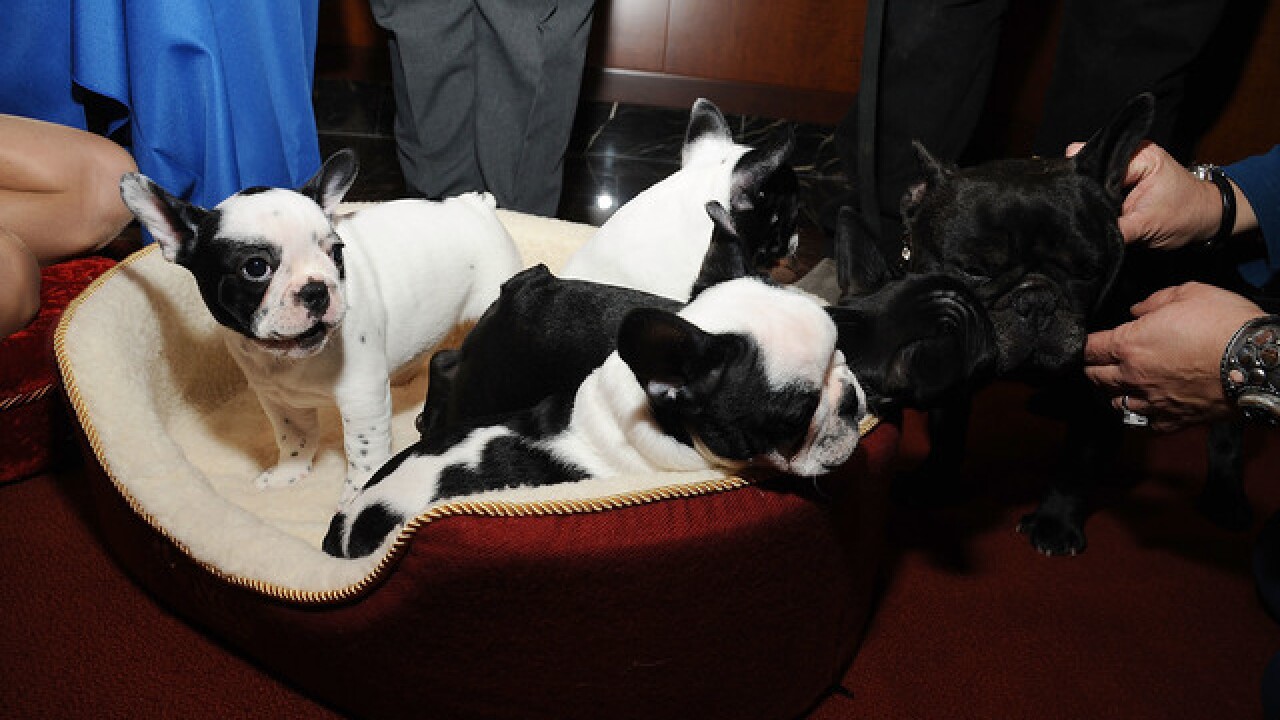 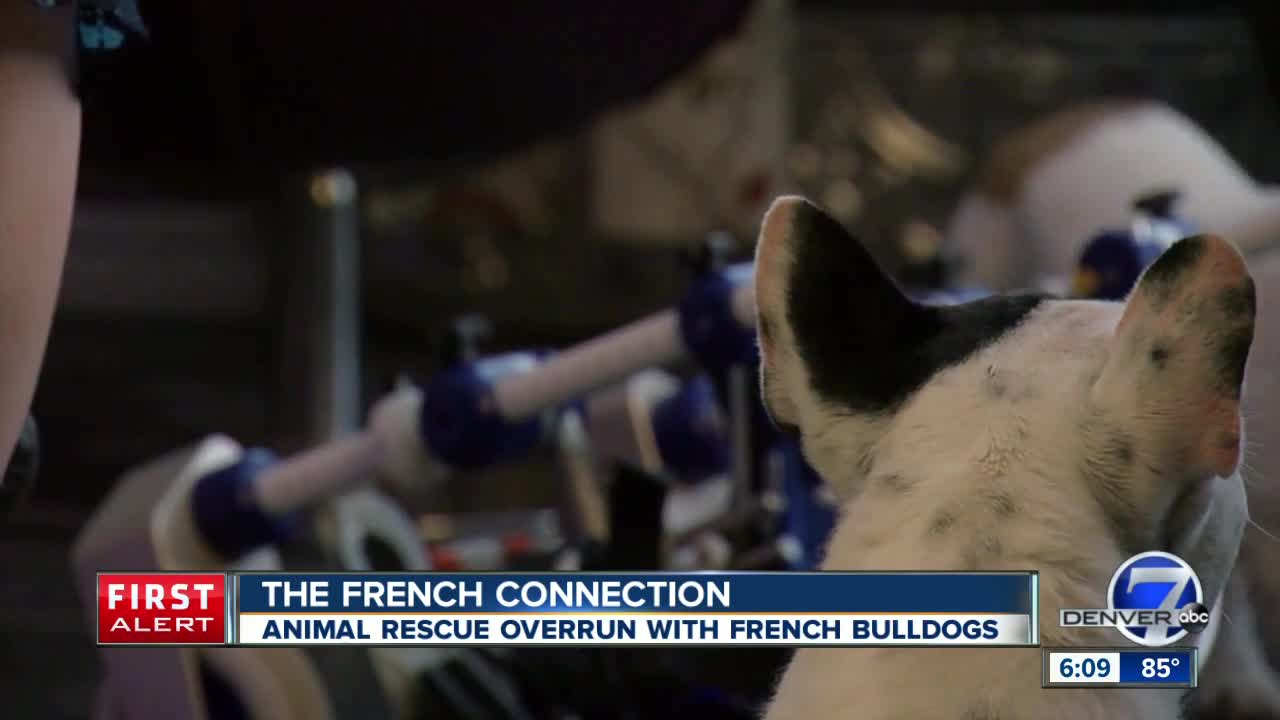 BOULDER, Colo. -- A dog rescue in Boulder says it has run out of money and can no longer accept dogs until it brings in more funds.

The Rocky Mountain French Bulldog Rescue is the only one of its kind within 1,500 miles. The 501(c)(3) rescue only takes in French Bulldogs, many of which have serious medical issues. The rescue started in 2014 and has taken in more than 300 dogs so far.

“We take in a lot of medical needs French bulldogs that other rescues won’t take in,” said the rescue’s director Kelly Money.

Because of their size and shape of their faces, French Bulldogs are known to have a lot of medical issues.

Along with paralysis, these dogs have a hard time in heat, they have difficulties breathing and more.

It’s something a lot of would-be pet owners don’t realize when they adopt a dog. The average lifespan for this breed is about five-and-a-half years, according to Money, but healthy dogs can live until about age 11.

The expenses for taking care of these types of dogs can add up quickly, particularly if the dog becomes paralyzed.

“An MRI costs $3,000. You can’t diagnose (IVDD) without the MRI, and then surgery costs $8,000. Families just don’t have that kind of money,” Money said. “People love their dog, they just weren’t prepared for, unfortunately, what can happen with this breed.”

So, many families end up surrendering the dog to a rescue. Because of all of the medical costs, other rescues won’t typically take these types of dogs in, or if they do, the dogs might be put down.

The Rocky Mountain French Bulldog Rescue pays for their medical bills and then finds foster families to take the dogs in until they can be placed with an adoptive family. Money quit her job as a special education teacher in January to run the rescue full time.

“I’ve always had an affinity for Frenchies, they have quite big personality and they’re just the cutest bat dogs ever,” said Elicia Crone.

Crone has been a foster mom for this rescue for about four years. Crone ended up falling in love with the breed so much she adopted a paraplegic dog named Luna. It’s a big undertaking; Luna requires a specialized cart to carry her hind legs and wears diapers.

“Adopting Luna changed my life in so many ways,” she said. “You love an animal so much. She is my family. I don’t have children, I don’t want children, but rescuing animals for me is just as satisfying.”

The rescue started out its first year operating on a $10,000 budget. As the breed becomes trendier and more people adopt them, there has also been an increase in surrenders.

“There’s no money. I put everything I had into this; all my savings, everything, because I just could not turn down the dogs. I put myself in a bad position and I’m very, very aware of that,” Money said.

To make up the cost difference, the rescue has applied for dozens of grants but has not been accepted by any of them. Many of the grants don’t allow for breed restrictions on a rescue.

“We tried using all of our credit cards, meaning me and the board, in order to keep the rescue going and we kept saying, ‘One more month, we’re going to get this next grant.’ We’ve applied for 100 grants,” Money said.

For now, the rescue has had to stop accepting dogs. So far, Money turned down six dogs that families wanted to surrender within the first eight days of August. She’s pointing some families to the next closest rescue like this 1,500 miles away.

The group is now looking for donations and continuing to apply for grants in the hopes of getting the rescue running again by September 1.

“I’m trying to plead with everybody I know to just donate whatever they can to try to keep the rescue going,” Crone said.