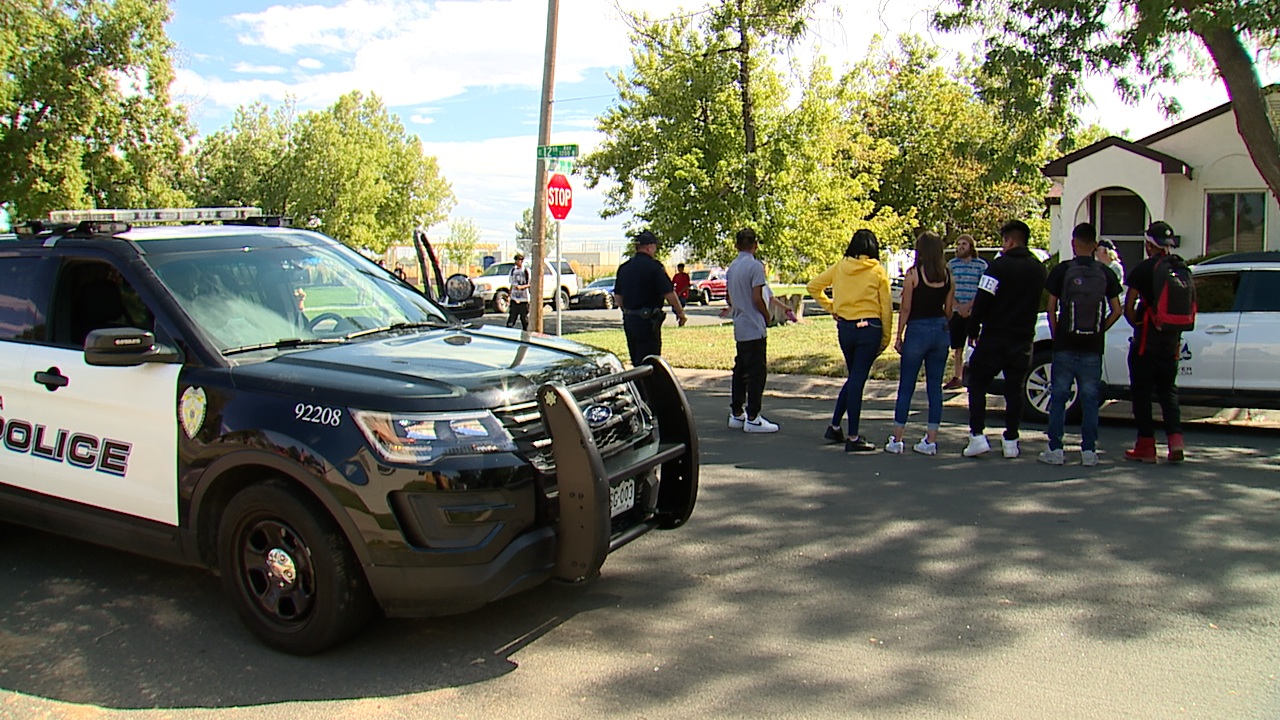 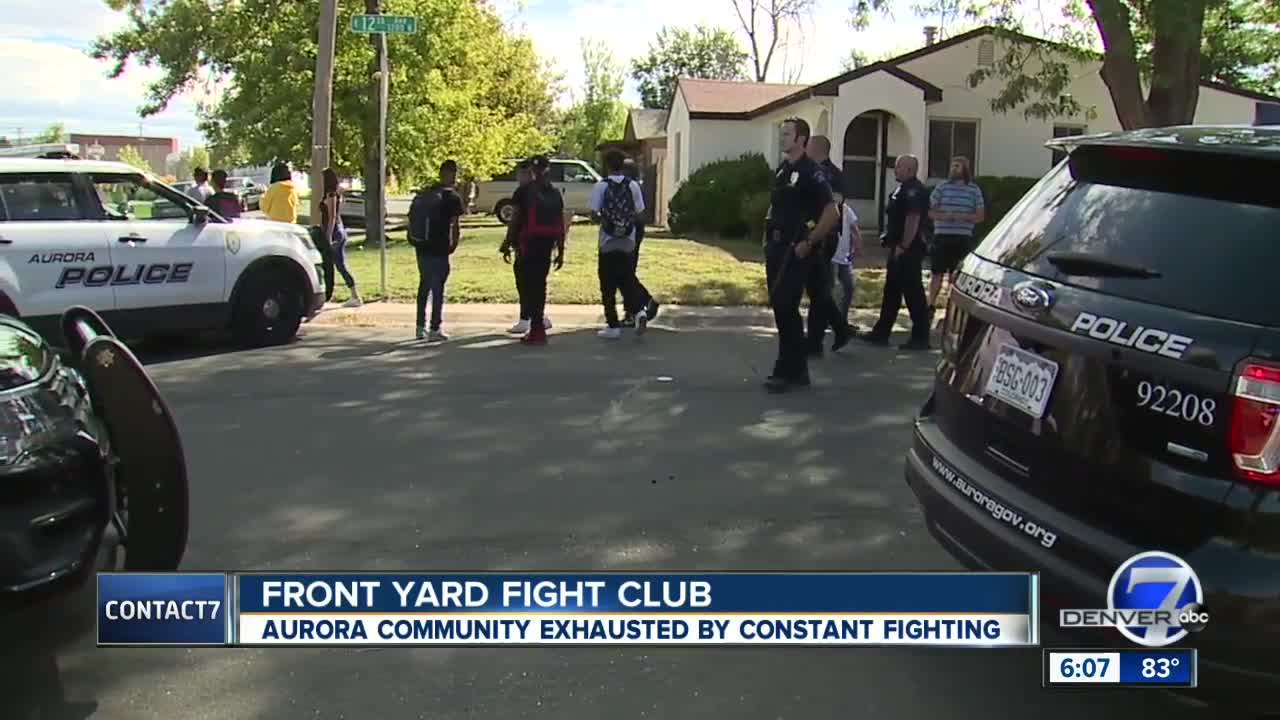 AURORA, Colo. -- We didn't know what to expect when we sent our cameras to a neighborhood near Aurora Central High School Monday.

Complaints had come in from neighbors about students ditching class and trashing the neighborhood.

What our cameras witnessed was disturbing. Kids throwing trash on the ground, a shouting match between neighbors and students and even a young woman running from police after getting out of what police later said was a stolen car.

Neighbors say they feel powerless to stop the daily chaos.

"It's crazy,” said Ryan Ashby. “Every neighbor here has issues with trash in their yards, Hot Cheetos, flavored blunt wraps and sodas."

But Ashby says it goes well beyond that.

"These cracks on the door are all from kids trying to kick it in," Ashby said.

His garage has been broken into multiple times and fights break-out almost daily.

“In the alleys behind our homes, there's fights that happen,” said Ashby. “Fist fights. Boxing fights."

On Monday — as our cameras rolled — students standing in the middle of the street clashed with neighbors.

“I smoke weed,” said one student as he was confronting neighbors. “I play sports.”

"It's a travesty to the children that are out here wasting,” Ashby said. “I mean, their education is wasted."

Aurora police moved in to break things up as our cameras rolled. Police admit there's a huge problem here.

Kids from Aurora Central High skipping class in some instances and congregating in the park and neighborhood north of the school.

Also on Monday, another student is accused of stealing a blue SUV, ditching it near the park and fleeing when cops chased her.

Neighbors say it's out of control. Some even asked us not to show their faces out of fear of retaliation.

"It's failure of the officials at this school," said a homeowner who asked not to be identified.

In a statement to Denver7, the Aurora Public School District said, “As a school, we always strive to be good neighbors and work with our community on concerns that are raised. Our students and staff live, work and volunteer in our neighborhoods. We also regularly open up our building to community groups. We recognize that there may be areas for improvement and we always welcome neighborhood partnership.”

"They can do something about it," said a homeowner who also did not wish to be identified. “They can kick students out for being truant. They can hold them accountable.”

Police officers told neighbors Monday they'd start stepping up patrols as the district tries to figure out what to do.

"These are kids that could amount to anything and their chance is going down the drain because people don't care enough to come and help them get back into class," Ashby said. “We are on our hands and knees begging someone to do something about this.”